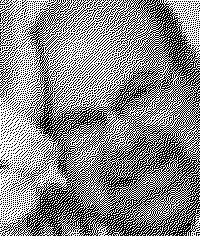 One of my first Island media memories is watching CBC’s Mainstreet do a live show from the plaza at the Confederation Centre of the Arts. This was back in the early 1990s, and the hosts at the time were Nils Ling and Christie Luke (filling in for the pregnant Karen Mair). Those were the days, man.


In any case, Nils, after filling out his term at the CBC, reinvented himself as a raconteur-for-hire, and, if reports from the field are accurate, has developed quite a following (brother Steve reported that the people of Regina were vertiably swooning in anticipation of a live Ling several years ago). Things are now at the point where even the people in Boise are getting Linged.


If you miss having Nils in your living room every day, you can now profit from virtual Nils, in blog form.

I enjoy spending time with a Ling now and then, although its been a while now. Maybe if i get home at Christmas.

And thanks to your blog Peter I can keep caught up, even from way over here in Upper Canada!

Eeesh. Too much me, even for me. Which is saying a lot. Thanks for your kind words, Peter … coming from one who knows what it’s like to be Reinvented, they’re a reaffirmation that maybe somewhere along the way, I’m making some half-decent choices.
My “other blog” (“and my other other blog”) are still under construction — in fact, just last week my guy got them working properly. Now all that’s left is for me to find time to update them.