I had a chance to do some urban exploring a few weeks ago, inside the old Myron’s location on Kent Street, which has been closed for some time. It was a fascinating ramble in a building that’s held together remarkably well.

One of the more interesting artifacts of the past I came I across was the remnants of an incredibly complex digital liquor control system from Azbar (this video, which looks like it was shot in 1979, is a great overview of this technology).

I took a photo of the control panel of the Azbar system, which had all of Myron’s drinks programmed into it: 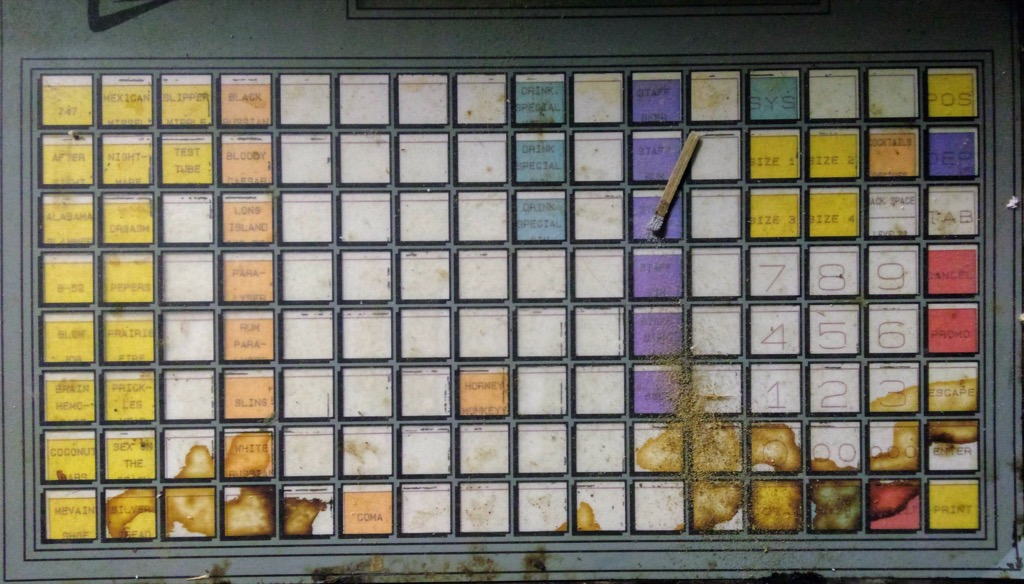 Here are the drinks that are listed on the buttons; it’s a veritable liquor time machine, and also a useful reminder that the history of nightclub alcohol and sexism was, at least back in the day, alive and well.

If I’ve transcribed any of these inaccurately (here’s a larger version of the image, if you want to zoom right in), please let me know (as far as I can recall, outside of a mistaken Long Island Ice Tea ordered at a restaurant in Espanola, Ontario in 1990, I’ve never ordered a mixed drink, so I’m not an expert; I also never went to Myron’s, other than to see Annekenstein).