There was a long, long period after Apple Maps launched during which it showed Charlottetown Harbour to be land rather than water. And in my experience, it’s remained the perennial also-ran of the web-based mapping game: it never seems as accurate or up to date as Google or Bing or OpenStreetMap, its map styles hearken to a 2005 map aesthetic, and its satellite layer, at least for Prince Edward Island, looks like it was photographed through a sock. Oh, and it’s also not a web-based map at all: you can only use Apple Maps through its Mac or iOS applications.

True to this form, when I happened to check in on my house at 100 Prince Street this afternoon in Apple Maps I found that its location was identified as the home of the East Wiltshire Cafeteria. Which is odd, because East Wiltshire Intermediate School is located 9 km away. In East Wiltshire.

Granted, its address is 100 Kingston Road, which bears passing resemblance to 100 Prince Street as an address. But that hardly seems reason enough to conflate the two. 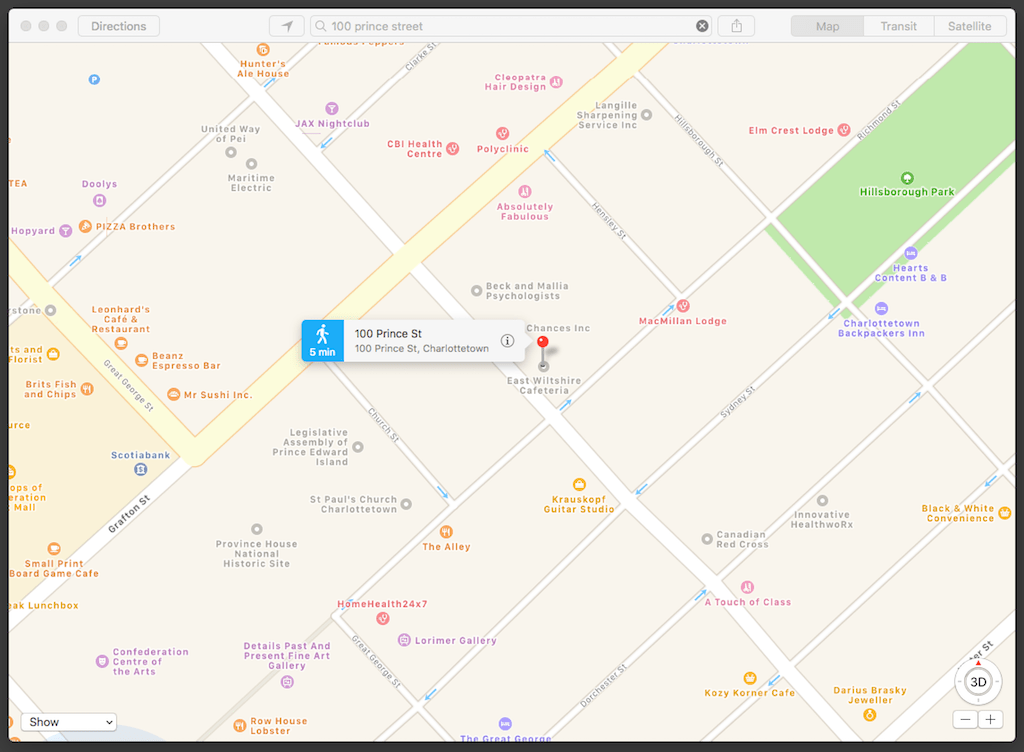