Today is the 100th anniversary of the marriage of my great-grandparents Alexander Fraser and Agnes Elizabeth Jane Mathison. They were married April 24th, 1907.

I never met either of them, as they both died before I was born. Mom sent along this photo of the two of them at their 50th anniversary in 1957: 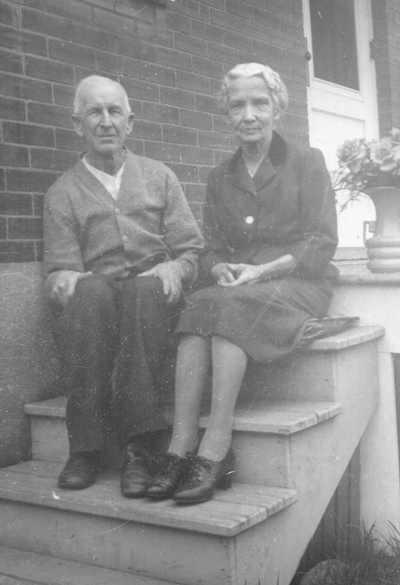 If there was ever any doubt that Oliver and I have Fraser blood, you’ve only to look at this photo of Alexander.