I’m still not entirely certain who I’m going to vote for in tomorrow’s Federal General Election here in Canada, but the suddenly seemingly-realistic prospect of an NDP minority government got me thinking about my father’s mother Nettie. 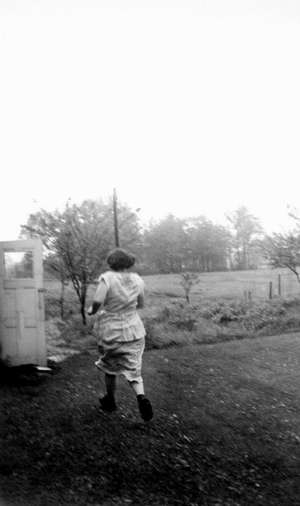 My great-grandfather, her father, was the manager of a coop grocery store in Fort William; he was Ukrainian immigrant who came to Canada to escape the harsh conditions of his homeland. Nettie worked hard all her life, not only raising my father, but working as a waitress, small business owner and doing factory work.

As a pre-condition of work at her first job, at The Hoito restaurant, under the Finnish Labour Temple in Fort William, she was made to join the Finnish Communist Party. In retirement she worked tirelessly on behalf of Russian and Ukrainian immigrants in Brantford, Ontario, helping them deal with the bureaucracy by making phone calls and writing letters on their behalf.

All her life she was very much on the proletariat side of the capitalist equation, and any rabblerouserness in me can be traced, directly or through my father, back to her.

All of which is to say that, genetically and circumstantially, Nettie was a natural New Democrat, and, indeed, I never heard her express any preference for any other political party.

Nettie’s last paying job was as an NDP scrutineer on election day sometime in the 1970s. It was the only Canadian Pension Plan-eligible earnings she every made, which meant that her retirement income from the CPP was less than $1.00 a month, something the absurdity of which delighted her.

If by some miracle Jack Layton emerges from all this as Prime Minister, Nettie, in whatever after-life she chose for herself, will be pleasantly amazed and delighted.

Really wish I’d had the chance to meet your Nettie.