Five years ago, on a walk through Old Montreal, I spotted a sign for Musée de l’imprimerie du Québec – the Printing Museum of Quebec. I didn’t have a chance, back then, to investigate what lay behind the sign, but the idea of a future visit was planted in my mind, and a trip back to Montreal this weekend provided the chance. 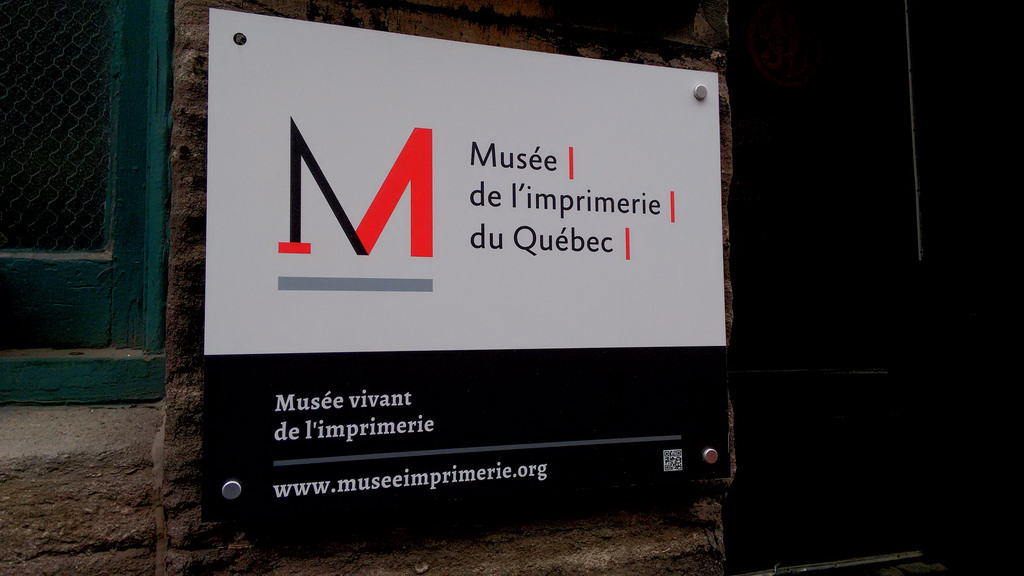 The museum can be visited by appointment only; fortunately I had some advance notice of our trip, so I emailed a request a week in advance and a tour was arranged for Friday morning at 11:00 a.m., in English. The museum is housed in the building of Lovell Litho, the city’s oldest printing company, which provides the space at no charge; the entrance to the museum is, literally, through the shop floor of the printing plant, dodging around print jobs in mid-creation by the company’s printers. 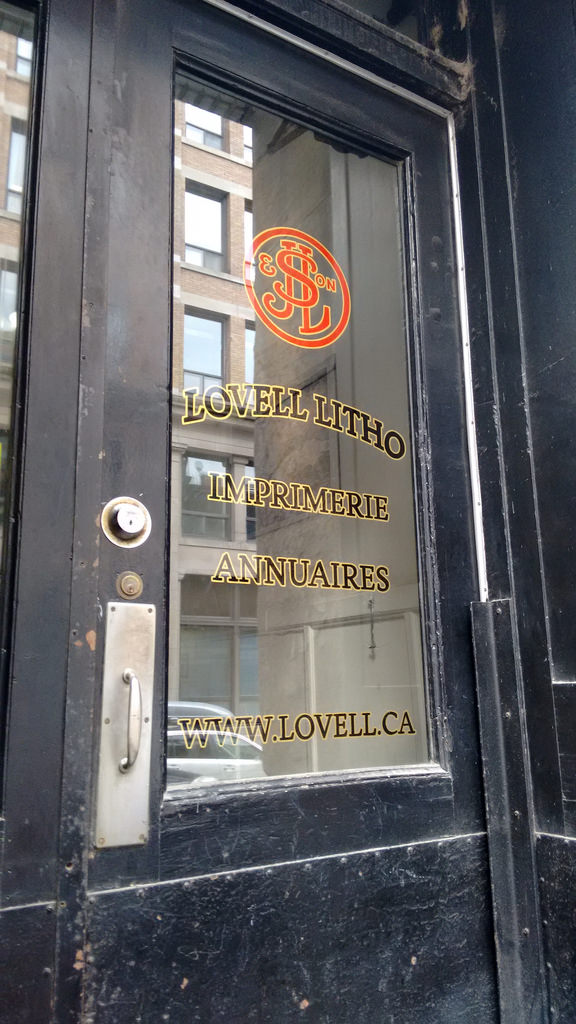 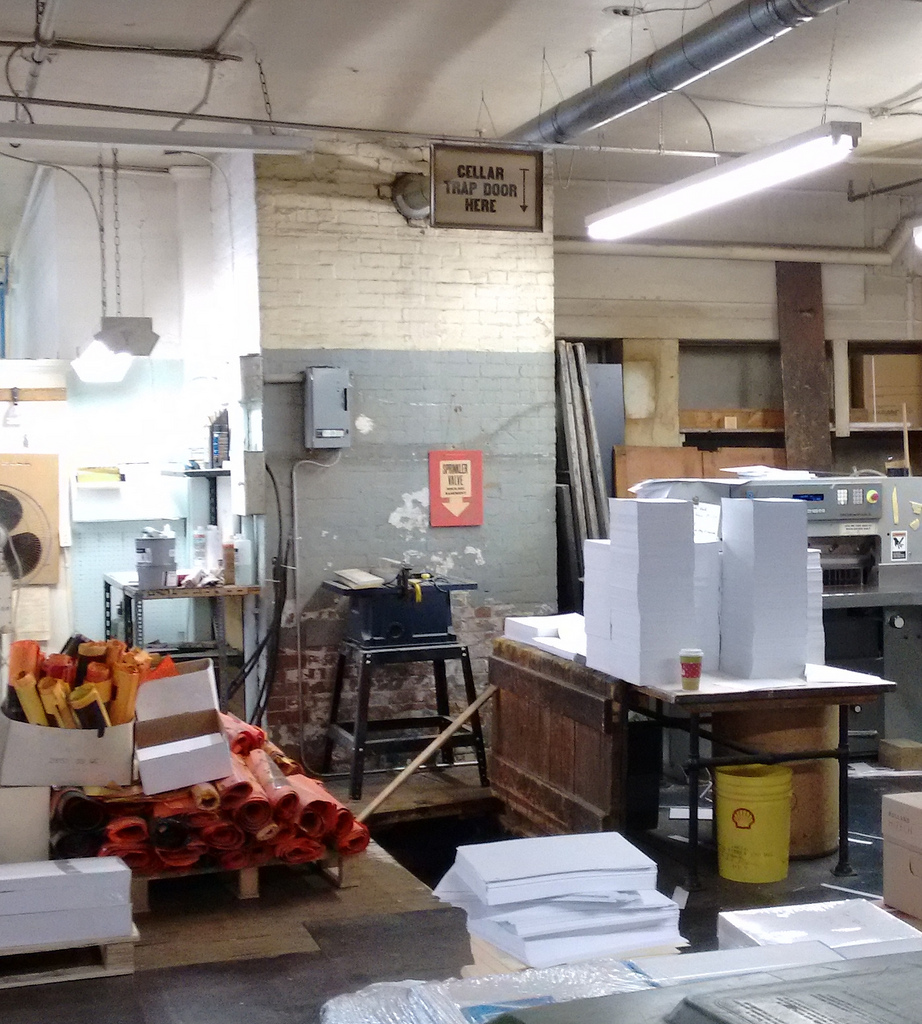 Tucked into the first floor corner of the print shop is the museum’s collection of equipment: an Intertype machine (a Linotype clone), several flatbed presses, a couple of platen presses, and a newspaper press that used to print Le Devoir, one of the city’s daily newspapers. We were greeted, on arrival, by the collegial and knowledgable Benoît, our guide and, for the next 90 minutes we received an expert tour through printing history over three floors of the building.

We learned about the printing newspapers, and about how the Linotype machine was the technology that allowed the daily newspaper in its current form to be produced, as it accelerated so dramatically the amount of type that could be set in a 24 hours period. 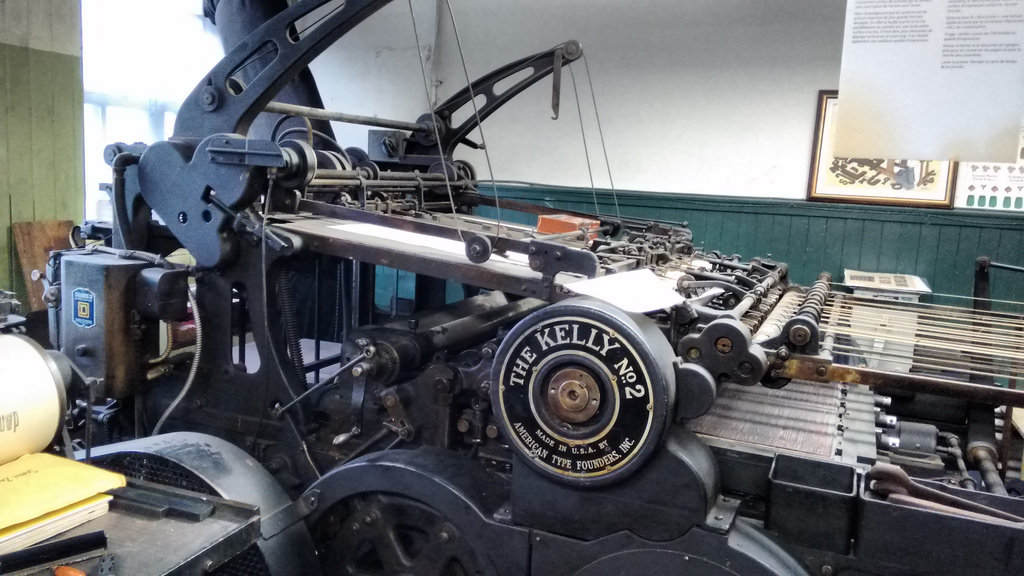 We learned about hand-set type, with a notch on every letter to indicate how each should be aligned with the other, and about how type is locked into forms for printing. 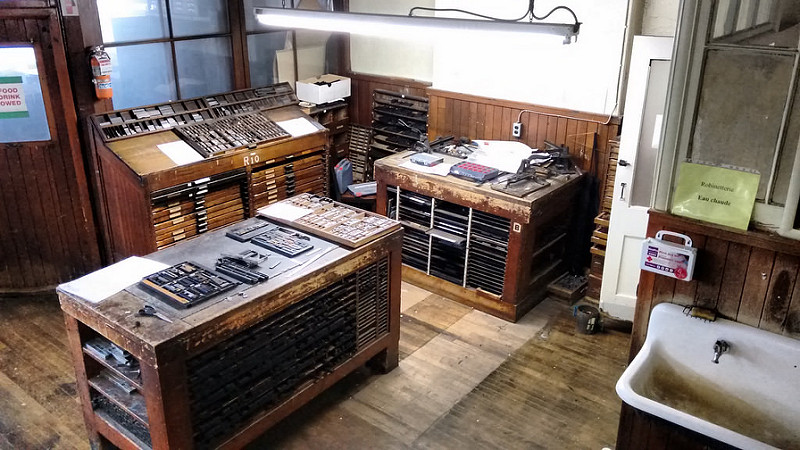 We visited the small metal-lined room where lead was melted into moulds for the Monotype and Linotype machines, and that the building was vacated while lead was being melted to mitigate the negative effects of breathing the fumes. 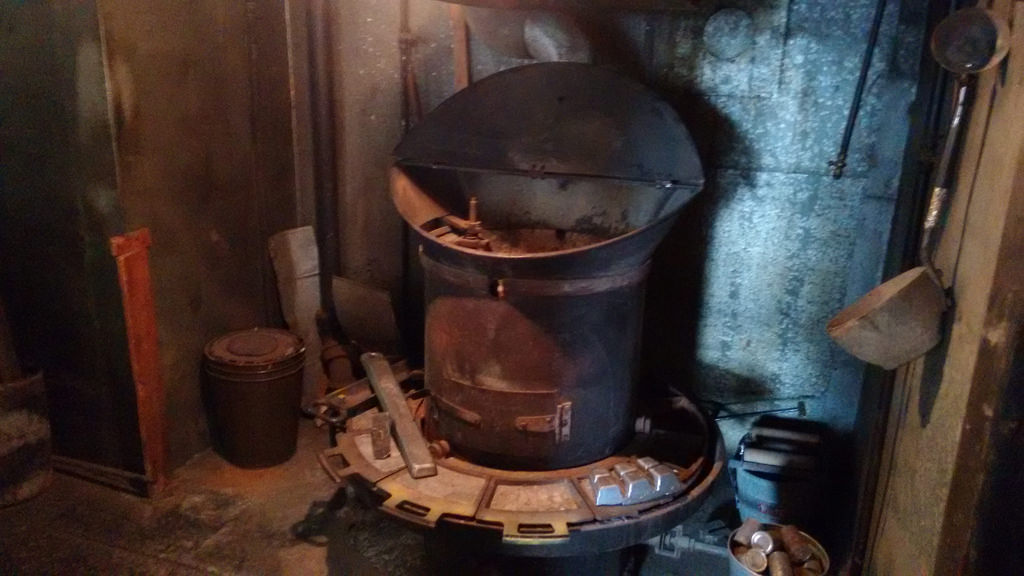 We learned about bookbinding and hot foil stamping, and about the limited-run books the museum produces to raise funds and to train a new generation of printers and designers in the trade. 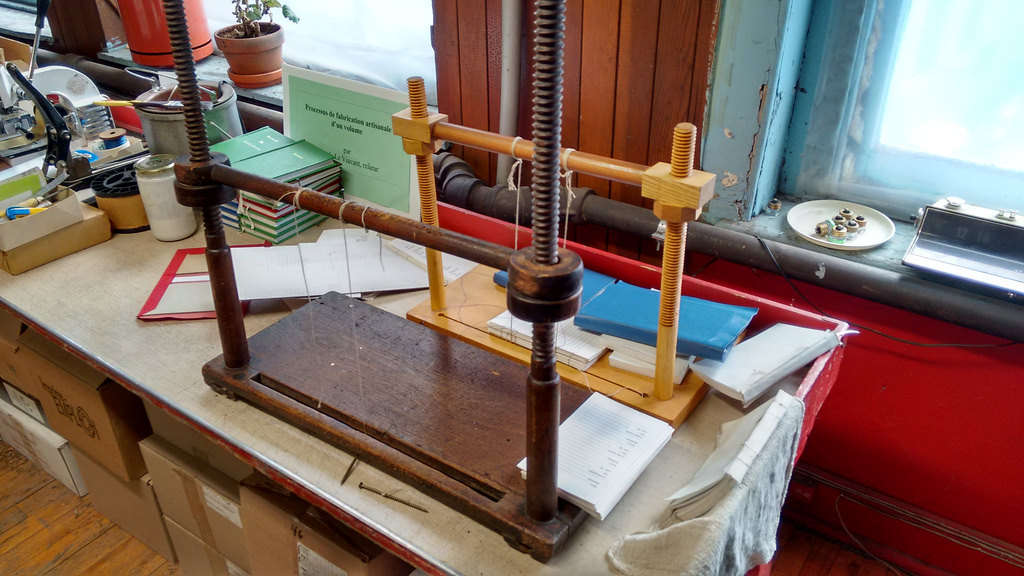 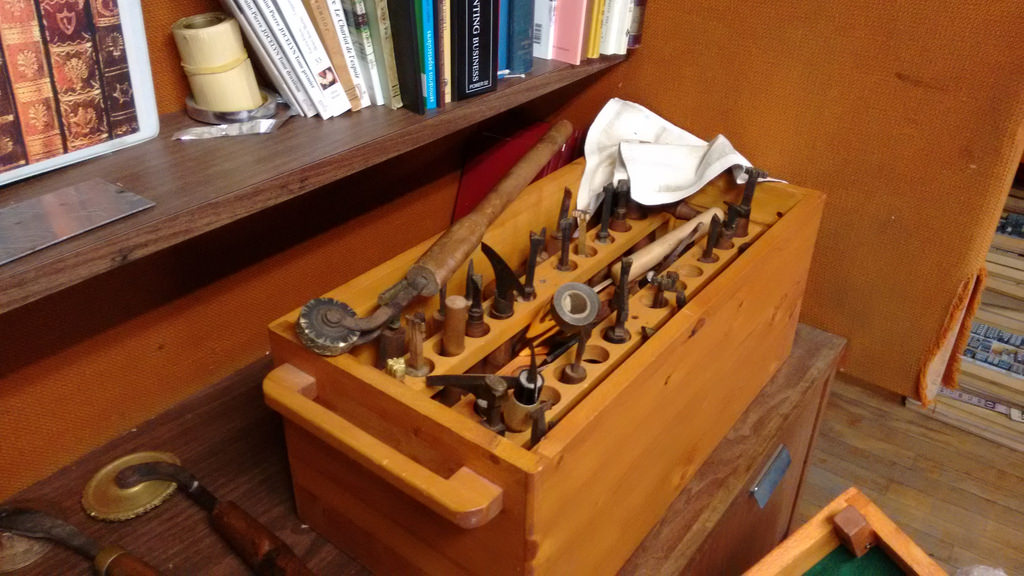 While much of what we learned was familiar ground for me, Benoît’s exposition and enthusiasm meant I learned a lot, and that my mother and Oliver learned even more.  That the museum is housed in a building that has printing both bred in the bone and happening all around – the bookbinding shop sits directly beside the digital printing shop – made everything more real and meaningful.

We’ve visited a lot of printing museums over the years, from Mainz to Tokyo to Venice to Basel, and while we’re seen grander museums, with more impressive collections of equipment, we’ve never learned as much, in as authentic a setting.

Sadly, we also learned that Lovell Litho, which has occupied the building on 423 Rue Saint Nicolas since 1835, will close next year, and so the museum will lose its patron and its home. We saw evidence of this during our visit, as the equipment was being packed up and readied for storage; indeed Benoît suspected that we might be the last group to tour the museum before it closes in mid-December.

Fortunately there are plans to find both a temporary short-term home and, the museum hopes, a permanent space to tell the story of printing in the Quebec context.  If you’d like to help the museum live to see another day, you can make a donation online.

Have you ever seen Toronto's Coach House Press?