For many months now I’ve been passing a sandwich board on Queen Street, just up from The Guild, advertising “The Most Stunning Passport Photo You’ll Ever Have,” for $13.91. I was intrigued both by the audacious claim and by the unusual price. But, not in need of a passport photo, I was in no position to test the proposition. 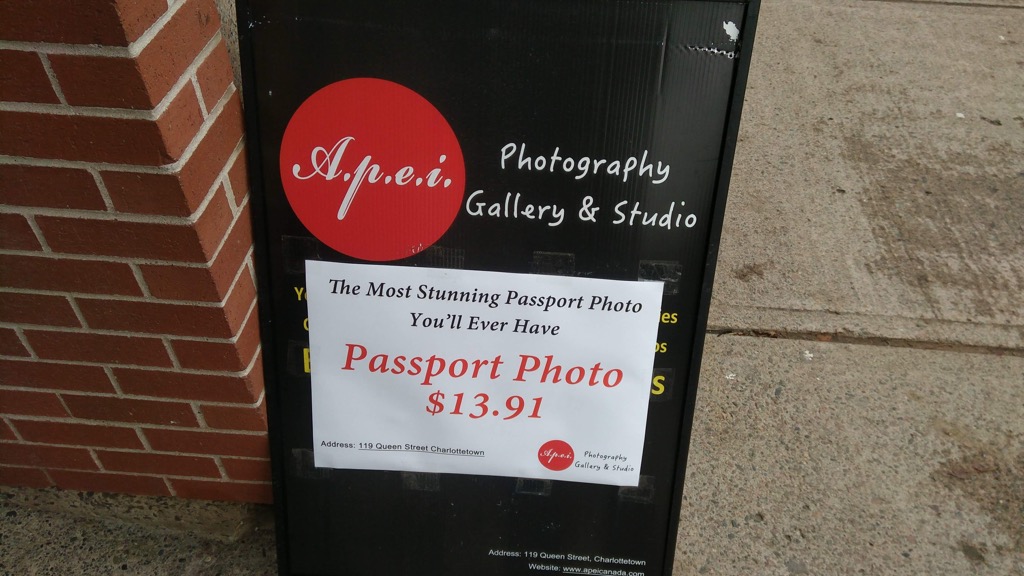 This week, though, I was.

My U.S. passport expires in June, and so this week I needed a passport photo: the memory of the sandwich board had stuck with me, and I decided to try them out.

I showed up at 1:12 p.m. yesterday at the door of the studio–it’s in the Queen Square Centre at 119 Queen Street–to find it closed, but with a message on the door about how they were close by, and offering a mobile number I could call. So I sent a text, and got a reply 2 minutes later telling me they could be there at 1:35 p.m.: 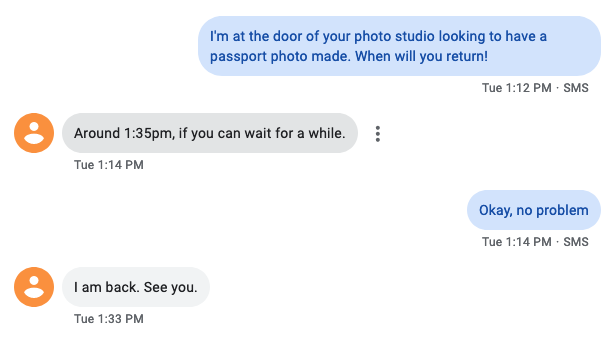 I grabbed a cup of tea at Casa Mia and, at 1:33 p.m. got an update “I am back. See you.” I walked right over, and was greeted at the door by the efficient and friendly HK.

HK had me remove my eyeglasses, take off my sweater, and tuck my hair behind my ears. He spent some time lining me up–”raise your chin just a little,” “show a very slight smile,” and so on–and then snapped a photo with his digital SLR. This was no formulaic Shoppers Drug Mart robotic photo, this was “the red carpet meets the passport office.”

After a few minutes wait, HK emerged with my photos, trimmed and ready. I paid him $16.00–it turns out the “intriguing” price of $13.91 is simply what $16.00, taxes-in, amounts to–and came back to the office to assemble my passport application.

I quickly realized that the photos I had were the wrong size: instead of the required 2 inches square, they were 1-7/8 inches square. With the Internet awash of “top 5 reasons your passport application will get returned to you” stories where “wrong-size photo” ranks high, I was hesitant to go ahead. I texted HK back, and he immediately replied with an invitation to return to get reprinted photos of the right size: 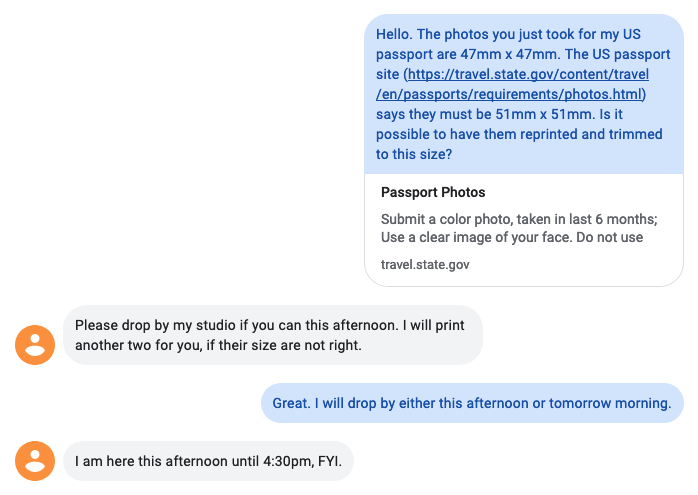 I did, indeed, drop round the office around 4:00 p.m. and HK confirmed that he’d trimmed photos to the wrong size, apologized, and then quickly generated two replacements for me.

Was it “The Most Stunning Passport Photo You’ll Ever Have”? I don’t have enough distance from the subject to say so, but I do know it’s certainly the best passport photo I’ve ever had taken, and one that makes all that came previous look like they were taken in the basement of a prison while I was being booked for murder. So I suppose that meets the standard. 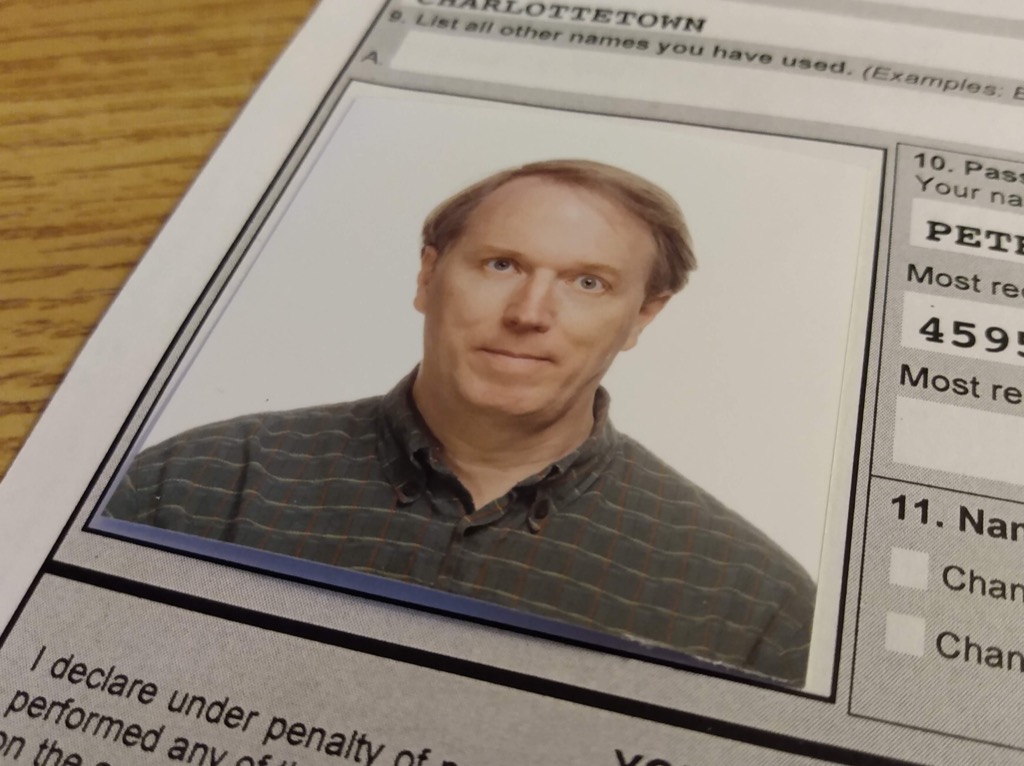 I was telling a friend about my experiences with HK and the photo this morning, and we agreed that so often in customer service it’s not so much that we’re bothered when things go wrong–things always go wrong–but rather what the follow-up from the going wrong is.

HK wasn’t on site when I showed up at his door; but there was a sign on the door with a mobile number, and he replied to my text quickly.

The first photos were the wrong size, but he quickly made good on this.

Part of the reason I’m telling you this story is because I got a good passport photo; but it’s mostly because of what amounted, in the end, to excellent service, problems or no.

So, if you’re looking for a passport photo in Charlottetown–some might say “The Most Stunning Passport Photo You’ll Ever Have”–I can recommend A.P.E.I. Photography Gallery & Studio.