My friend Christina, upon learning that I am in Berlin this week, assigned me a special mission:

I was just reading about Berlin in a Bon Appétit magazine this morning, apparently there is a street food night there on Thursdays — looks tasty!

Christina helpfully sent this on a Thursday. And I helpfully read it while sitting 700 m from Markthalle Neun where Street Food Thursday is held. Every Thursday.

I immediately dropped everything and headed toward the food. Ten minutes later, there I was. I didn’t need a map, as there were teaming hordes of hungry people headed from the Görlitzer U-Bahn leading the way. Here was the scene I encountered: 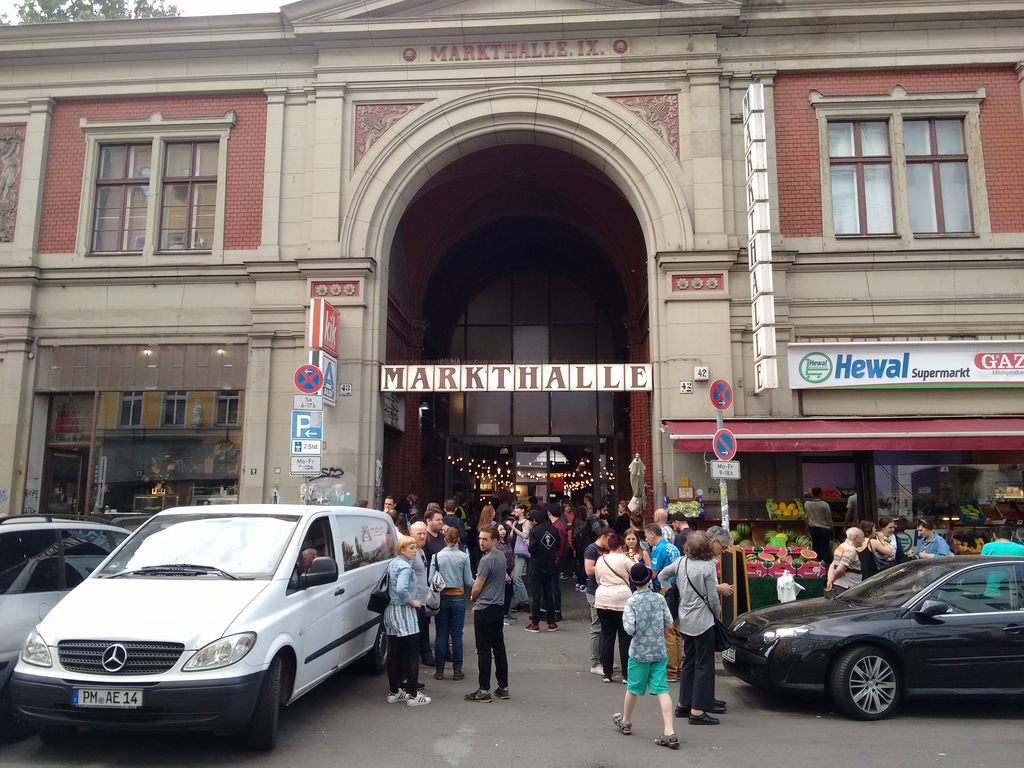 Inside was the regular market hall – what you might expect from Charlottetown or Saint John or Halifax or Toronto – amped up with a collection of itinerant street food stalls offering all manner of interesting food. As the market’s website describes the event (translated by Google):

It is a platform for all those who dedicate themselves without own restaurant and big investments but with even more creativity to their passion: cooking! The appeal of the matter is, of course, to taste many details from various corners of the world for little money.

And so it was.

I started near the entrance, on the left, at a stall offering rice rolls filled with tofu and topped with cucumber, cilantro and hot sauce. They were fantastic. 5 euro. 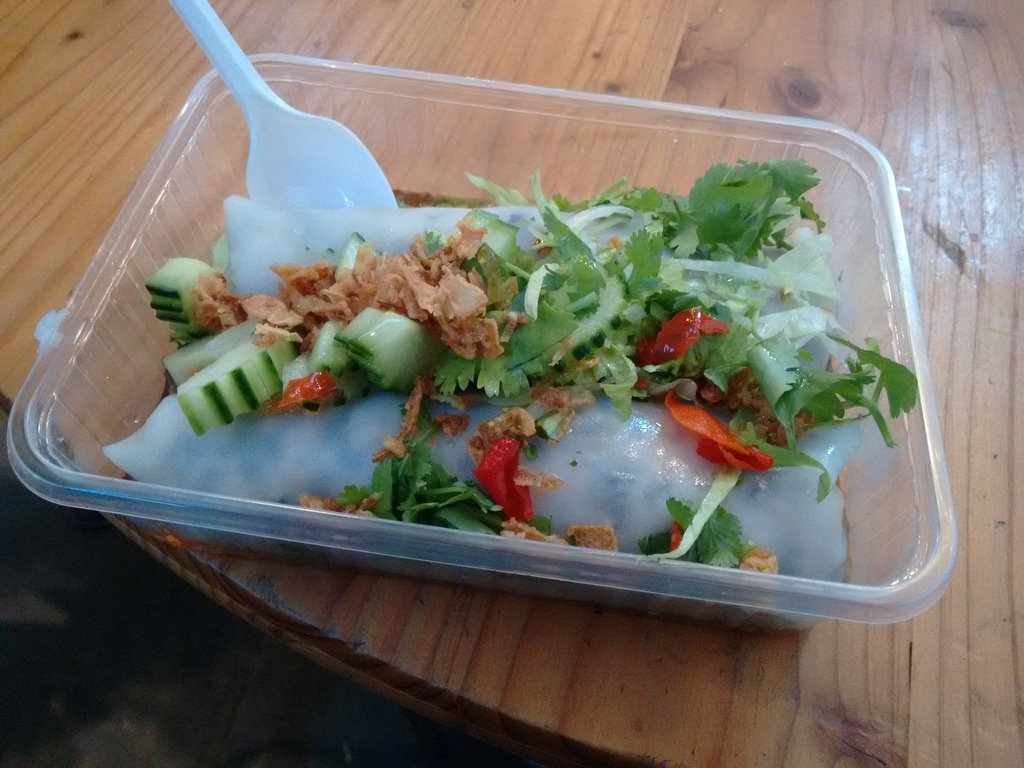 Directly to the left of the rice roll stand was a stall offering a plate of 4 raw milk cheeses and bread. The plate came with a careful explanation of the origin and nature of each cheese, and a special instruction to use the compote provided while eating the aged gouda, as this is tradition. A. Lot. Of. Cheese. But what cheese it was. 6 euro. 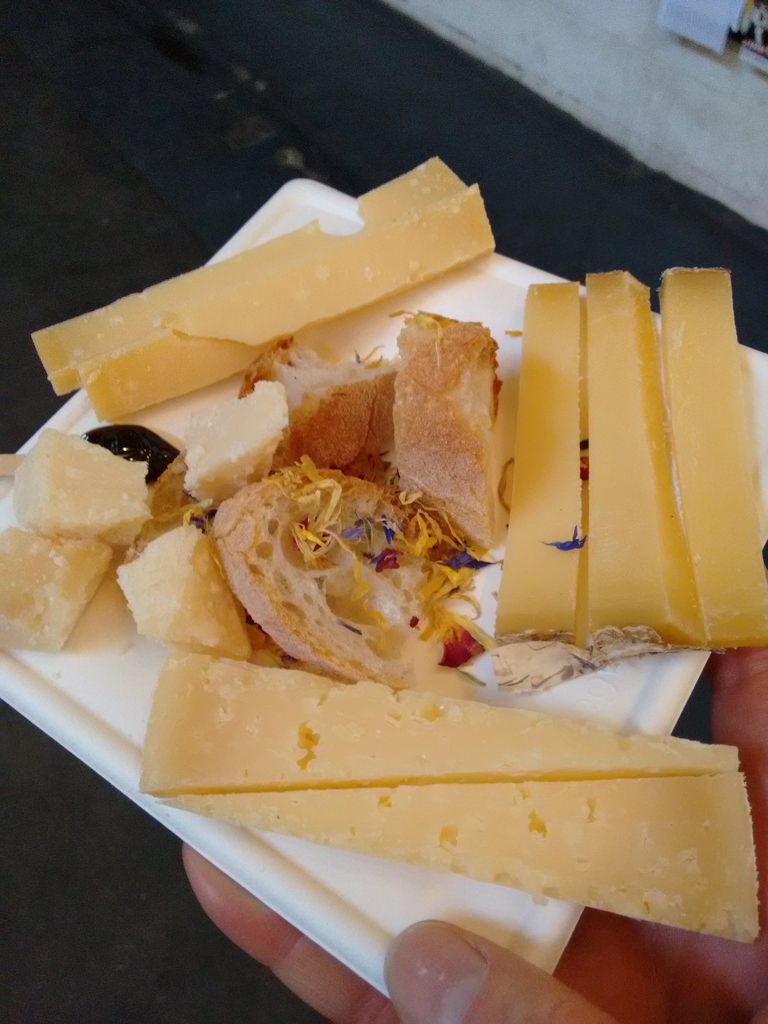 At this stage I tagged out for a moment for a mint iced tea to clear the cheese fog from my palette and then tagged back in for something I remember being called a “Kimchi Slam” but which likely had a different name; I found it about a third of the way back on the right. Steamed bun, tofu, cabbage slaw, kimchi and hot sauce. The highlight of the night. 4 euro. 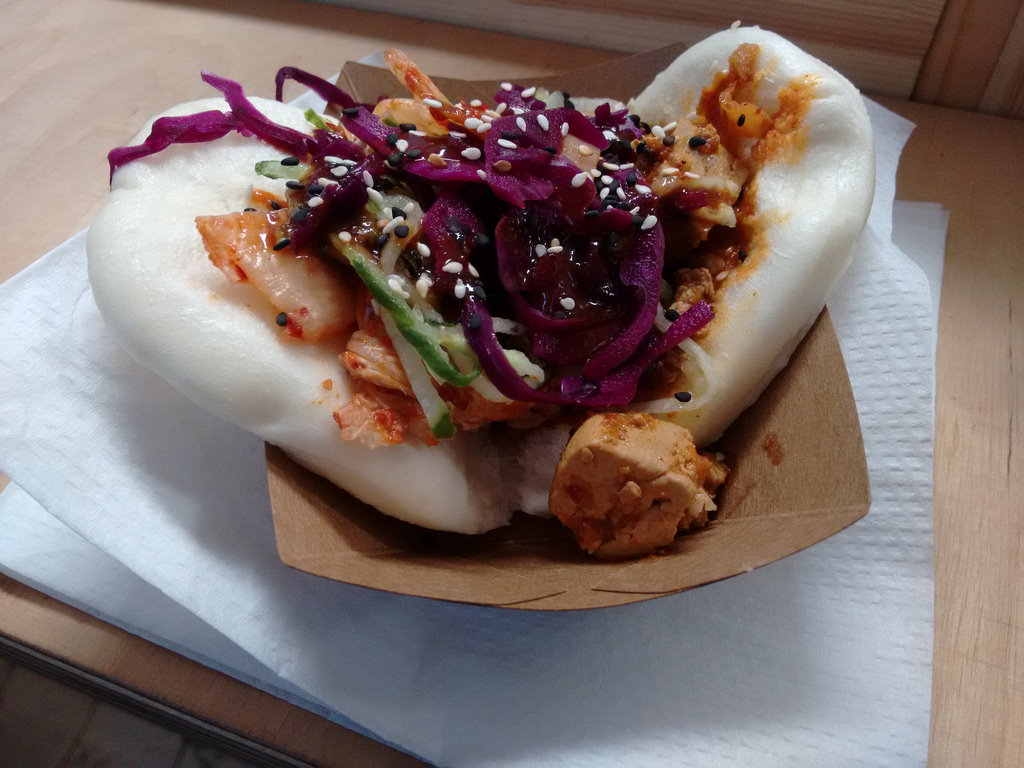 I would have kept eating had I not been stuffed by this point: there was plenty additional to consider. Vegan burgers. Tapas. Burritos. Waffles. Taiwanese snacks. Raw chocolate. But full I was, and it was getting hot and humid, so I bowed my head and headed out into the Kreuzberg twilight. 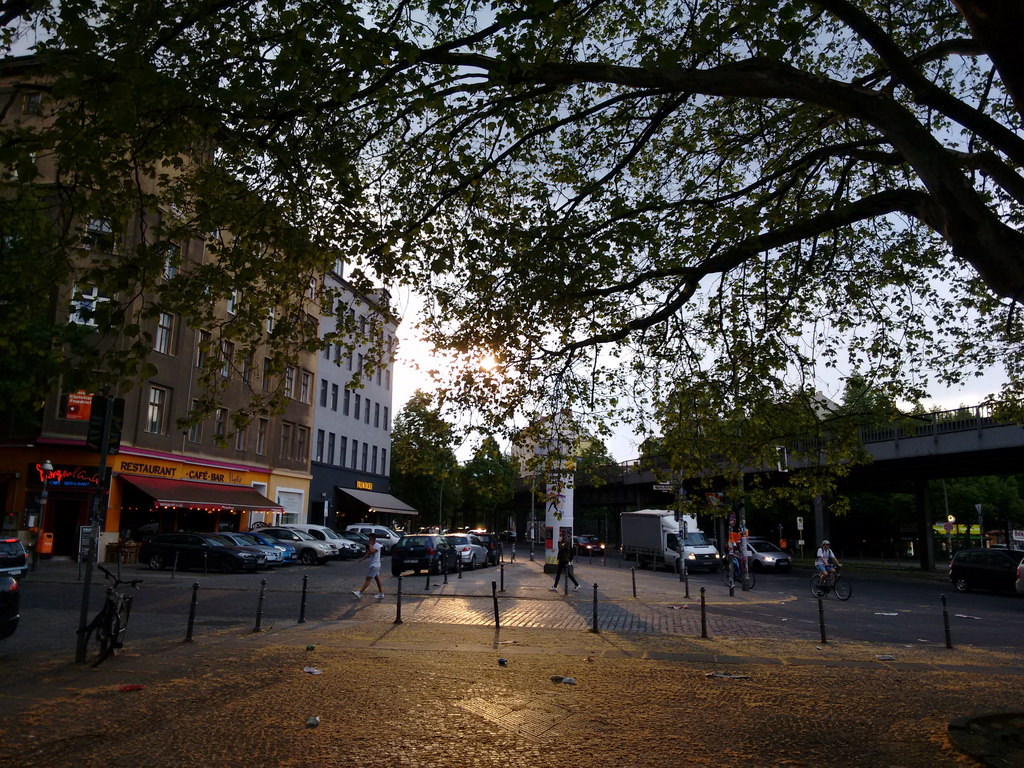 Christina deserves some sort of award for “right place, right time,” something she seems particularly adept at. I await further instructions.