If you’re at Receiver Coffee on Victoria Row this summer, and Joel is behind the bar, order up “The Joel” for a delightful iced summer drink.

Speaking of Receiver: they’re about to open a third location, out on the North River Causeway, and roasting and baking operations will be relocated out there. They’re still casting about for a name; I’m advocating for Receiver Underwater, as a tip of the hat to climate change, but it’s not garnering much support.

Caledonia House Coffee at the Charlottetown Farmers’ Market has a perpetual summer problem, as the newly-arriving hordes of irregulars clog up the coffee line. Bret is working to mitigate this issue by opening up a second coffee stand, outside in the trailer formerly occupied by 4S. The coffee’s just as good, and the line–at least for now–a lot shorter.

Speaking of the market: don’t forget that it’s now open on Wednesday–in addition to the regular Saturday–for the summer. It’s a lot less busy, but there’s still a good complement of vendors, and it’s a great place to stop for lunch.

The best thing ever to happen to the downtown Sunday flea market in Charlottetown has been to close Queen Street below Grafton: the result is that the vendors are now facing in to the street rather than out to the sidewalk, rendering the sidewalks clear and the street a pleasant place for a car-free stroll. I had a very nice rajmah chawal from The Great Indian Curry for lunch today.

If you’re a fan of the A&W Beyond Meat burger, you can now get a similar vegetarian concoction at Tim Horton Donuts, the Beyond Sausage. It appears to be popular–or at least more popular than anticipated–as I’ve encountered a couple of situations where a outlet doesn’t have any stock. And don’t let them tell you that you need to order it with egg: the Beyond Sausage Lettuce Tomato is just that; this hasn’t been internalized by all staff yet.

A reminder that, as reported earlier, Riverview Country Market now has a Downeast Soap refilling station. I’ve started to regularly buy our hand and laundry soap there and not only is it great to not be buying new plastic bottles every time, but the price is significantly less than buying a brand new bottle at Sobeys.

And, finally, my annual recommendation for The Best Thing Ever, the Factory Coffee at Island Chocolates in Victoria. It’s the one regular concession I make to avoiding sugar and it is fantastic. 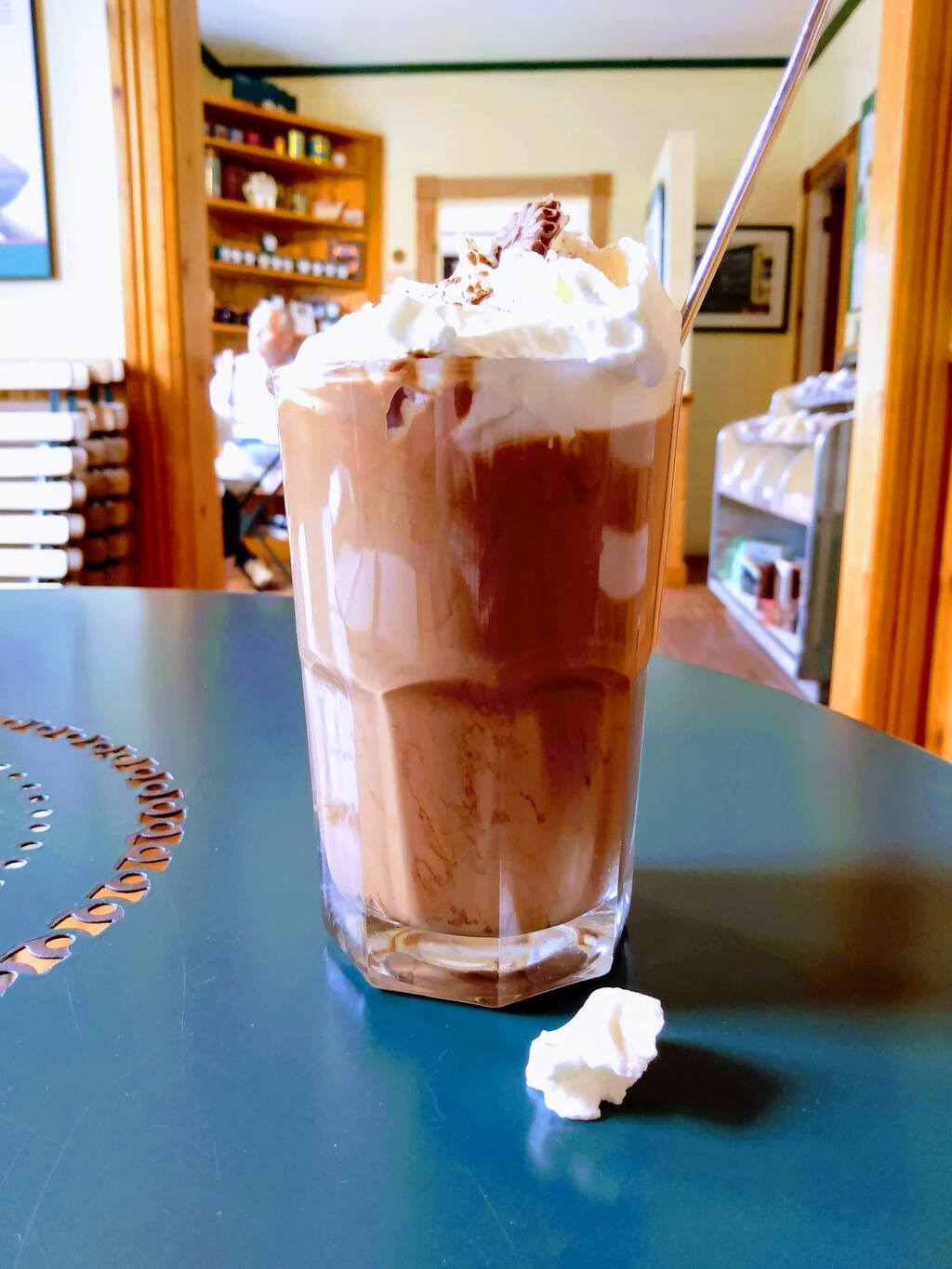 Good round up! Happy Canada Day and happy summer to the Miller-Rukavina household and all the Rukavinians.