I am not generally the kind of person who will approach strangers and strike up a conversation; I’m simply too shy for that kind of thing (despite having parents who, evidence last week suggests, are very good at this).

But when I spotted Hon. David MacDonald at the Charlottetown Farmer’s Market this morning, I knew that I had to pluck up my courage and introduce myself.

David is someone I’ve admired for many years, as a politician, United Church minister and advocate for social justice.

But the reason I wanted to meet him this morning was to thank him for the work of his mother, Dr. Helen MacDonald, founding president of the PEI Home and School Federation and a women to whom we all owe a great debt for her pioneering work in education on Prince Edward Island.

So as he walked toward us, as we were buying our weekly chocolate, I tentatively asked “excuse me, are you David?” To which he replied “yes, I am.”

I introduced myself as his mother’s successor, 33 terms on, and we proceeded to have a lovely chat about his mother and her work.

Among other things, I learned something about roots of the home and school movement that I didn’t know: what we now know as “home and school” had its origins in the School Improvement League. The League was started in 1943, and a  piece in the December 4, 1943 Guardian announced its formation: 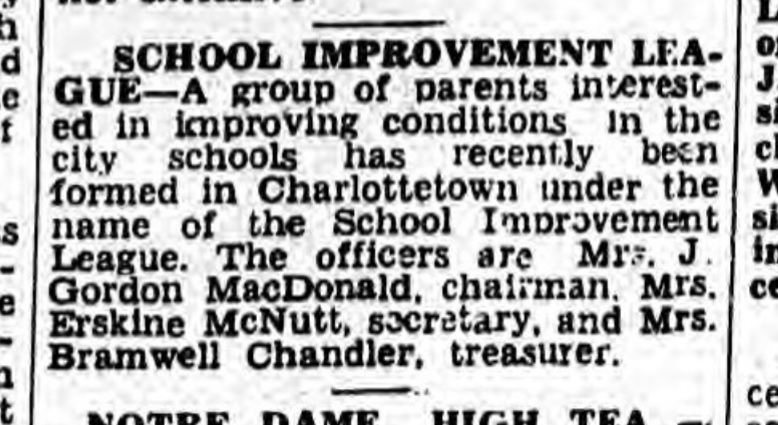 A week later, the Guardian followed up with a note about the School Improvement League making representation to the school board: 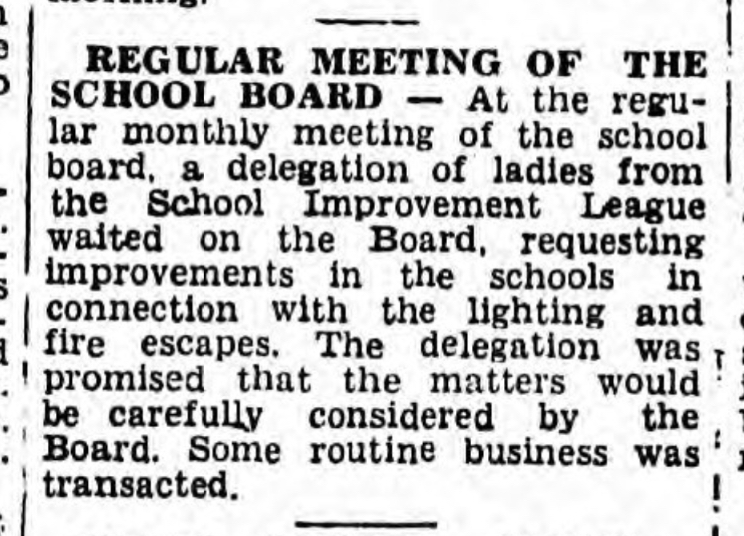 Over the next decade the Guardian contains regular reports about the advocacy work of the League and it is not difficult to see the seeds of what we now know as “home and school” being planted in their work.

Dr. Helen MacDonald and her colleagues in education reform are Islanders we all must learn more about; I hope, with David’s help, that we can work to make this happen. I’m so that I glad departed from type to introduce myself this morning.

(You can learn more about what happened next in Hesta MacDonald’s The Prince Edward Island Federation of Home and School Associations: history, 1953-1973 (PDF)).