Here’s what page 3 of The Charlottetown Guardian looked like on May 3, 1922: 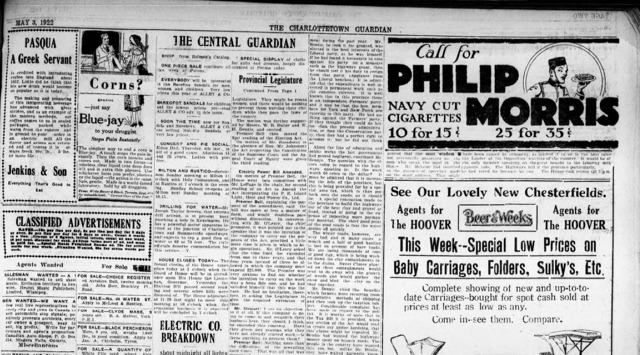 In amongst the ads for “barefoot sandals” and an 8-year old Clyde Mare and Navy Cut Cigarettes was the end of the report from the Provincial Legislature that started on page 1 under the headline “Lively Debate on Women’s Franchise Resolutions.”

Those resolutions involved the extension of the right to vote to women, the heart of which came in the preamble:

RESOLVED – That it is expedient to introduce a bill to extend the franchise to women; And that the qualification of male and female voter should be the same.

After some of that “lively debate,” much of which appears to have been taken up with procedural questions cloaking misgivings by men about women have the right to vote, the resolution passed: 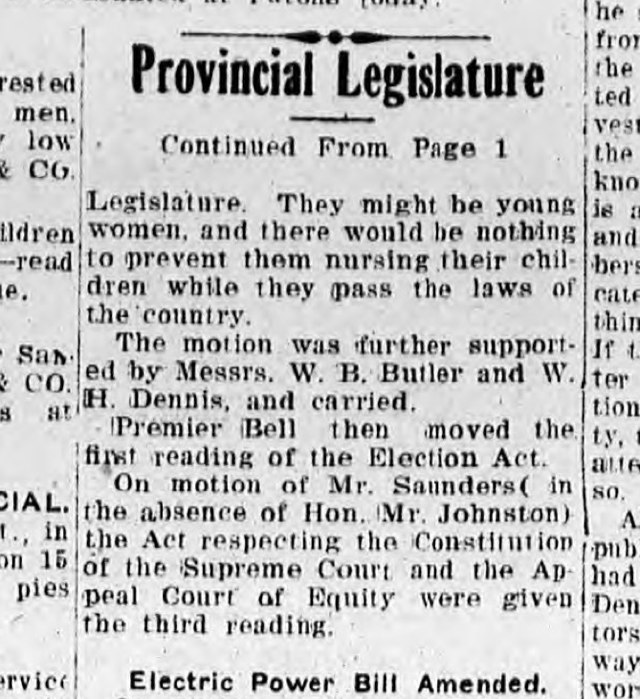 And that was it. There was no further mention of this dramatic change in that day’s paper, nor in the next day’s paper nor in the day after that. “The motion was further suppored by Messrs. W.B. Butler, and W.H. Dennis, and carried.” That was it.

Maybe water shed moments of this kind are hot button issues before the decision, and then 'yes, of course' afterwards. Otherwise the objectors would have to acknowledge to themselves they lost/we're wrong/are old fashioned etc. "Nothing to see here. Carry on." Like during JFK's presidency more people said they voted for him, than actually did.

The Daily Journal from the Legislative Assembly may be of interest as well - http://www.peildo.ca/fedora/repository/leg%3A7701?startpage=&solrq=franc...