As we know, Maritime Electric has been in the centre of the news this week here in Prince Edward Island. Something that caused me, when walking by on my way up to drop Oliver off at school, to take another look at their headquarters building at the corner of Kent and Prince in downtown Charlottetown: 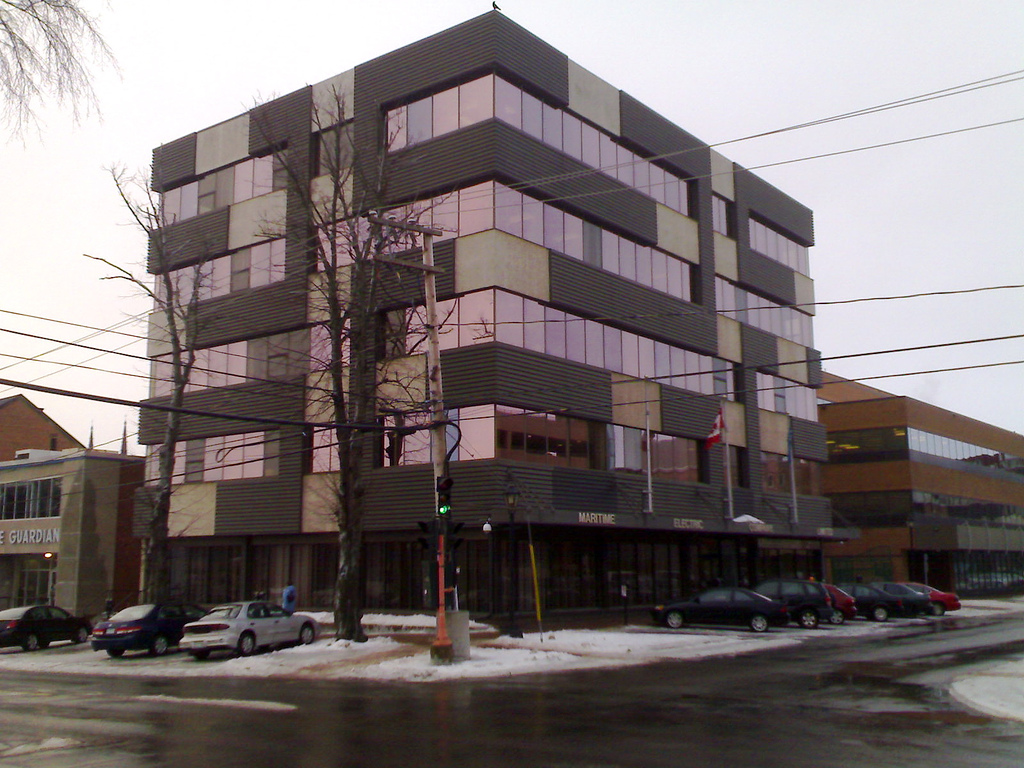 If you look carefully at that photo you’ll notice that although there are electrical wires running through this intersection none of them actually run into Maritime Electric itself, suggesting that, despite their widespread advocacy for “electricity,”, they don’t actually use it themselves.

To say that this is hypocritical is an understatement, and places the credibility of the company in some dispute. In any case, the situation certainly demands further investigation, especially as, without electricity, it’s unclear how they power their lights, computers and other devices (I personally suspect they have some sort of secret technology that uses converts air into light, but that’s just me).

In other news scientist have discovered that it is now possible, with the use of advanced technologies, to route power lines underground. One expert we spoke to speculates that it may soon be possible to also route other utilities like water and sewer underground as well! News of these new technologies sent bucket manufacturing stocks tumbling. Dumpers inc (TSX: DMPR), a company responsible for 70 percent of Canada’s bucket production saw the largest drop in it’s market share since the invention of copper pipe.

In Ottawa we have a company that sells solar technology as part of a backup power system. I think we’re going to look into it because of worries about prolonged power outages.