I got an email, tailor-made for procrastination, this morning from a correspondent in Prince County:

I couldn’t find one either, so I set out to fill that hole in the digital landscape.

The constituent parts of the modern-day City of Charlottetown are as follows:

Just before amalgamation in 1995, the map of these parts looked like this (boundaries from this provincial GIS layer): 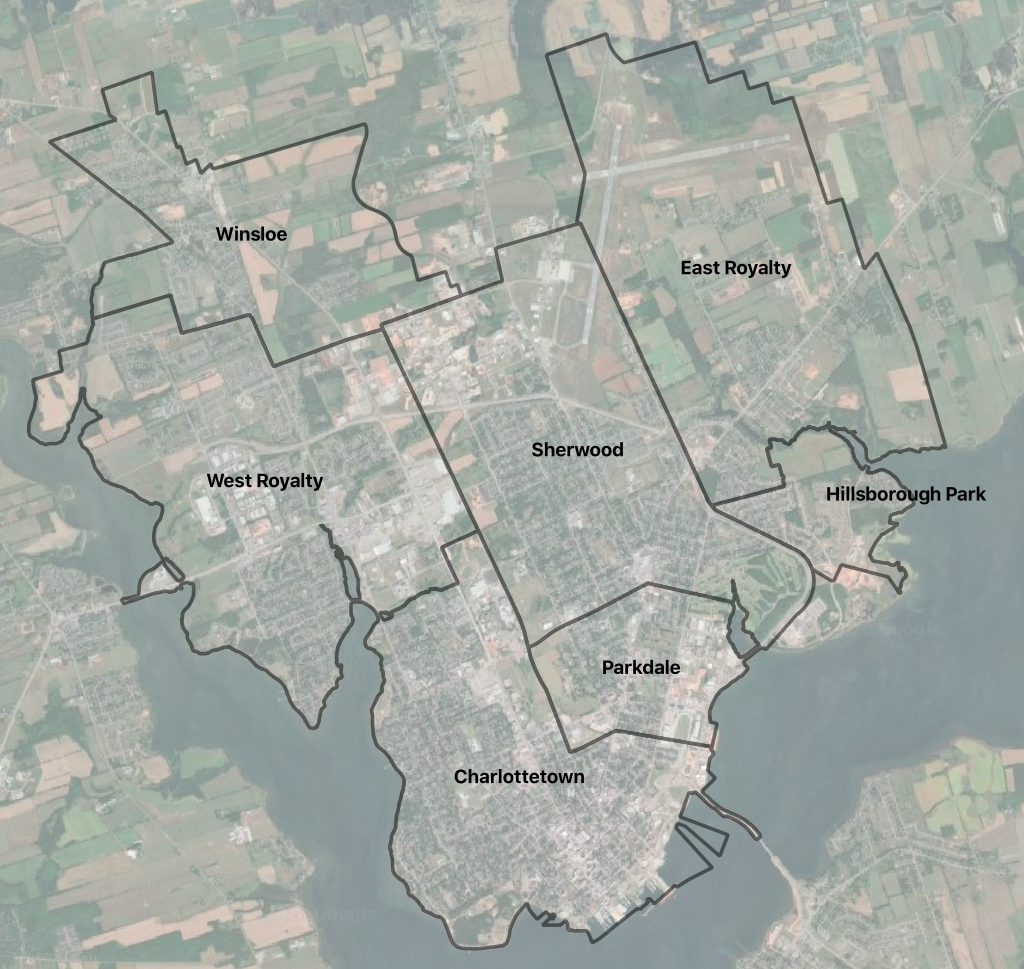 After the 1995 municipal amalgamation, the constituent communities were downgraded to “neighbourhoods,” and, together with the land on which the Queen Elizabeth Hospital sits, and a small area north of Charlottetown Airport where there’s an industrial park today, became modern Charlottetown, with the boundary shown in red on this map: 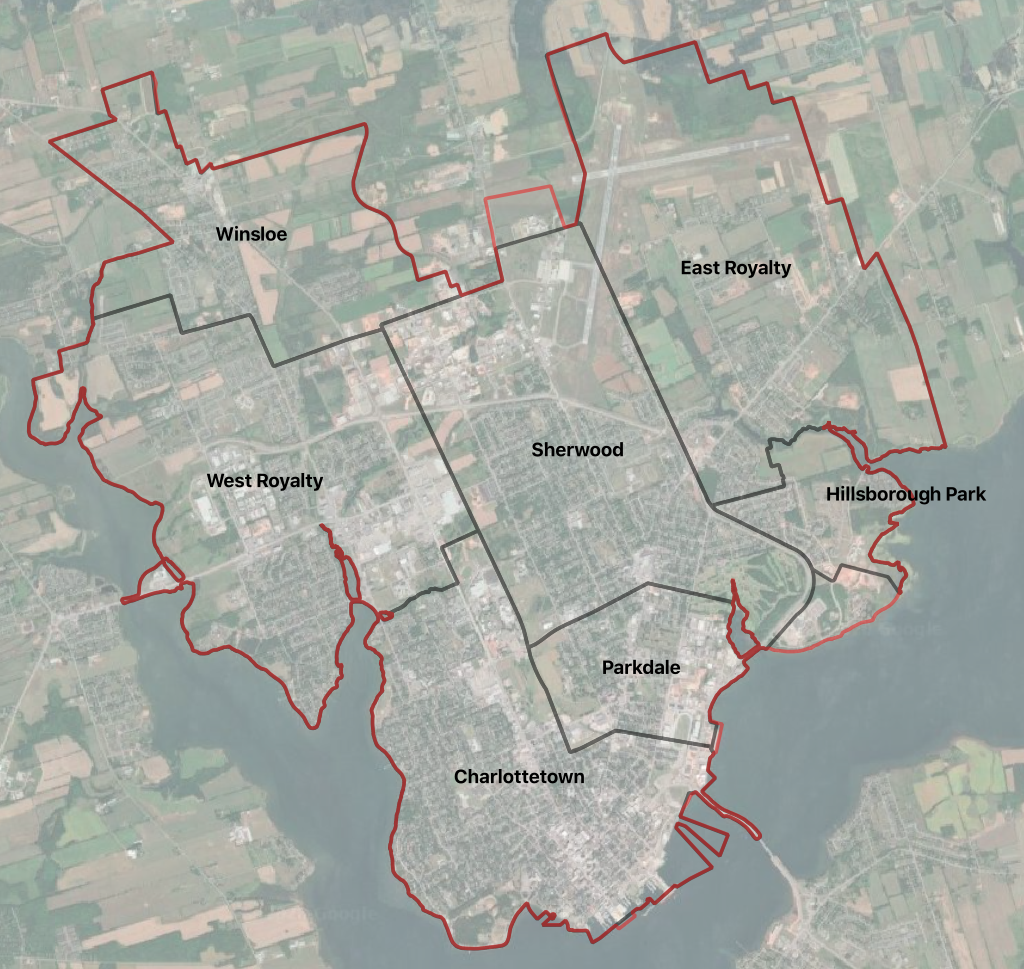 Before Spring Park and Charlottetown were amalgamated in 1958, their boundaries looked like this (Spring Park boundary from this helpful map): 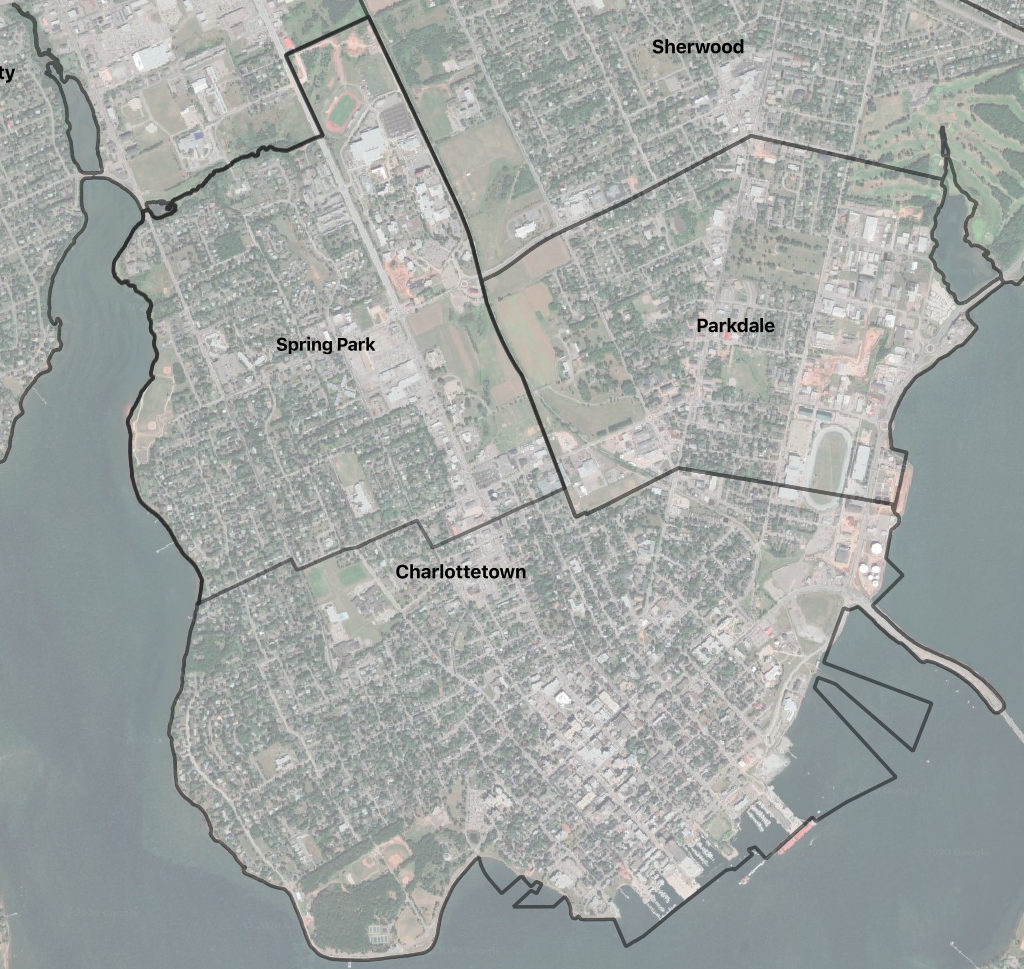 If you’re, say, from Prince County, and want to do a familiarization tour of Charlottetown’s constituent communities, here are directions:

The tour should take you about 45 minutes if you don’t stop at the Dairy Queen.

If you’d like to explore this geography in more detail, and make your own maps, here are the data layers I used to make mine:

Other resources you might find useful in learning more about Charlottetown and its parts:

While my Prince County correspondent was, I suspect, asking “hey, if you ever come across a map, let me know,” answering their query in the form of a blog post was, indeed, an excellent way to procrastinate on a Friday afternoon.

This is great information. Thank you so mush for putting this together.
I searched this for curiosity sake but I love the fact that you added an historical aspect to this document too. Very nice to see how the City boundaries changed and amalgamated overtime.
Having a map with all the neighborhood names and respective locations is also helpful.

Simply wanted you to know this type of information is appreciated!