We made our way from Düsseldorf to Enschede, just across the Dutch-German border, on Thursday and settled in at Stadscamping de Twentse Es, which turned out to be a friendly campground with lots of bandwidth and a lot of rabbits.

A lot of rabbits.

For Ethan this proved a frustrating novelty, at least for the first few hours. Rabbit! Oh, rabbit! Rabbit! Then the novelty wore off, and now he hardly notices the rabbits at all.

With our bones still tired, and the scheduled start time of Make Stuff that Matters (our nominal reason for being here) set for 9:00 a.m., we decided to cook dinner, then get to bed early.

We did not do that.

Well, we cooked dinner – Catherine make a nice salad with fresh strawberries – but then I recalled that Oliver and I were due to deliver a talk on Printcraft, that “make stuff in Minecraft, print out on a 3D printer” technology that’s simply delightful. So we rallied, came up with a practical need – a dispenser for the rolls of blue dog poop bags that were unravelling around the camper – and set to work on a design. Without a ruler, we were left to use a ruled notebook as a proxy: we measured things out, figured out where the bags would come out and how we could make a slotted lid. We ended up with this: 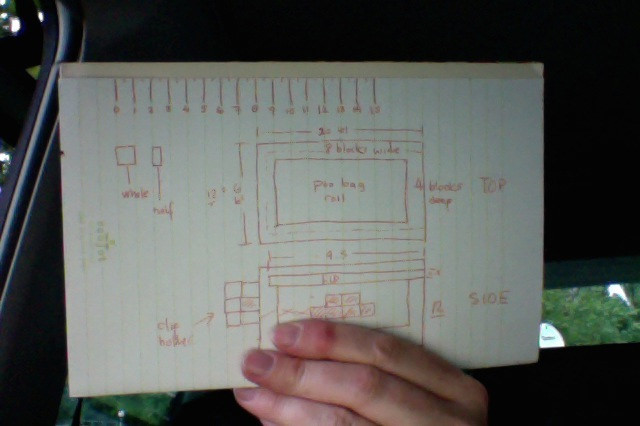 We then set to work building our model inside the Printcraft world, staying up far too late for our own good. When bedtime was finally upon us, we had this: 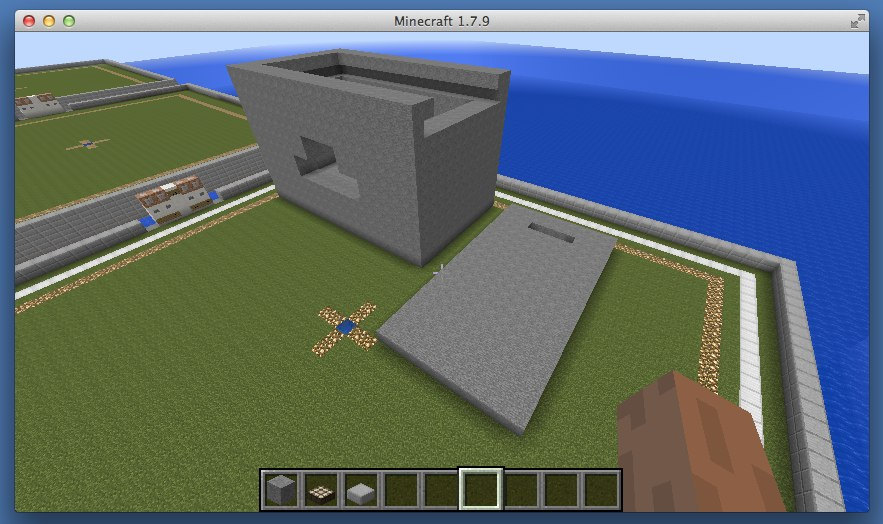 The basic idea was to build a box that was “roll of poop bag”-sized, with a slot in the top for a sliding lid, and an outlet on the side where a single poop bag could be extracted. Oliver “walked” over to the Printcraft control panel, and hit it: 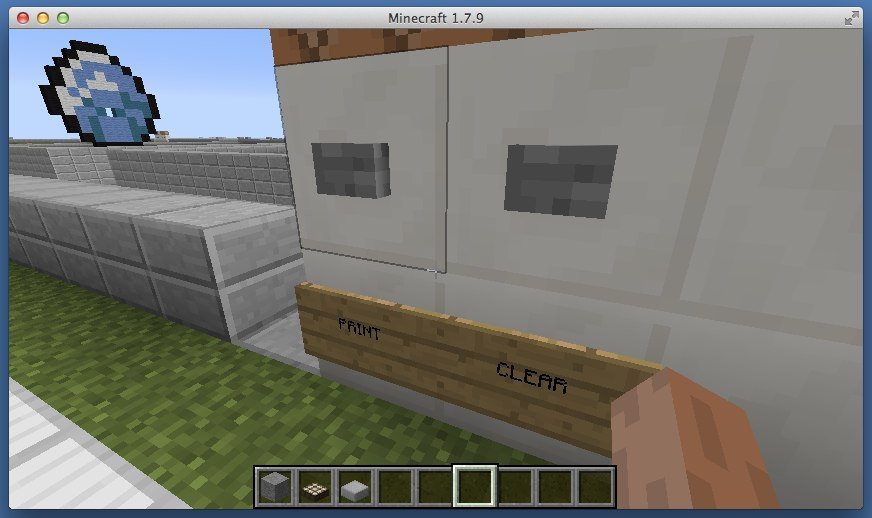 This generated an STL file – the lingua franca of 3D printing. We were ready for analog.

The next morning at Make Stuff that Matters at Ton and Elmine’s house, with Elmine pointing the way, we installed Cura, the app from Ultimaker (the brand of 3D printers in the house for the weekend) and converted this STL file into a G-code file required by the printer. We immediately realized that to print the box full-size was going to not only hog a 3D printer for much too long – 2 hours and 41 minutes was the estimate – but that were we to do so we’d not have the object in-hand for our demo in the afternoon. So we shrunk things down in Cura to 30% of full size, which took the print time estimate down to 19 minutes.

We put the G-code file on an SD card, put the SD card into the printer, selected the file and hit the “do it” button. Eighteen minutes later, we had a tiny poop bag box: 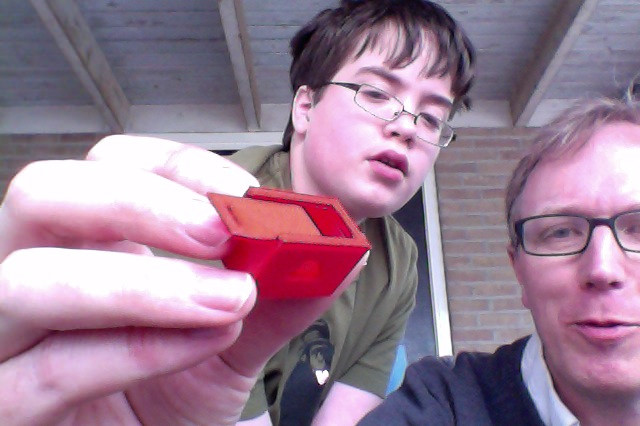 Truth be told, to allow the lid of the box to slide into the box required 10 minutes work of post-printing finessing with sandpaper and a pair of scissors (photo by Elmine Wijnia): 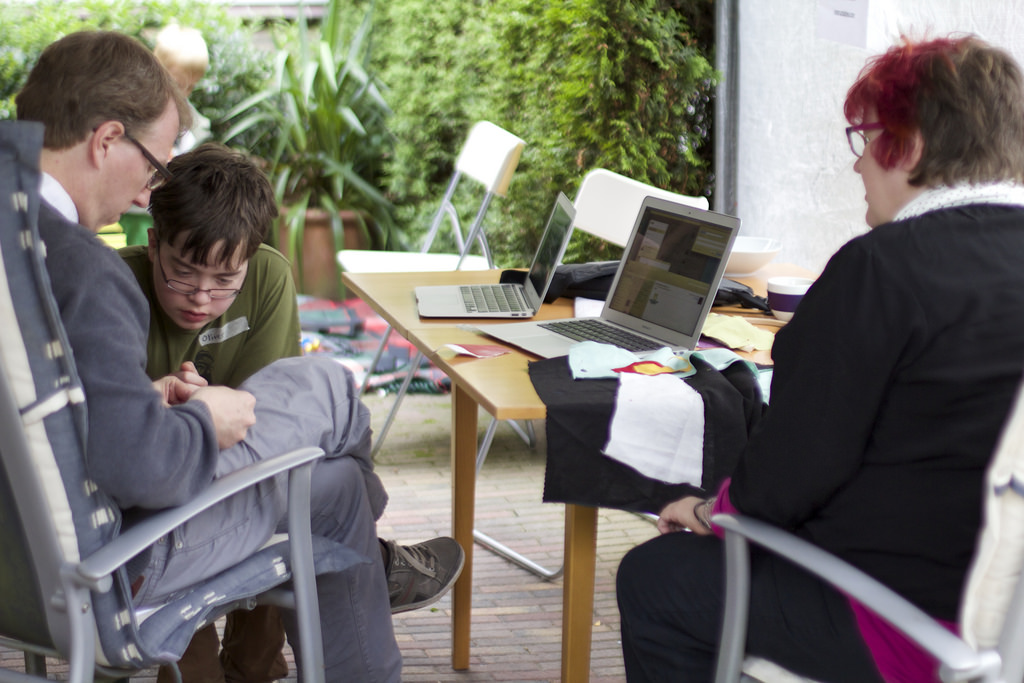 A few minutes later, Oliver and I were “on stage” in Elmine and Ton’s living room telling the story of the poop bag to a diverse group of interested people (photo by Elmine Wijnia): 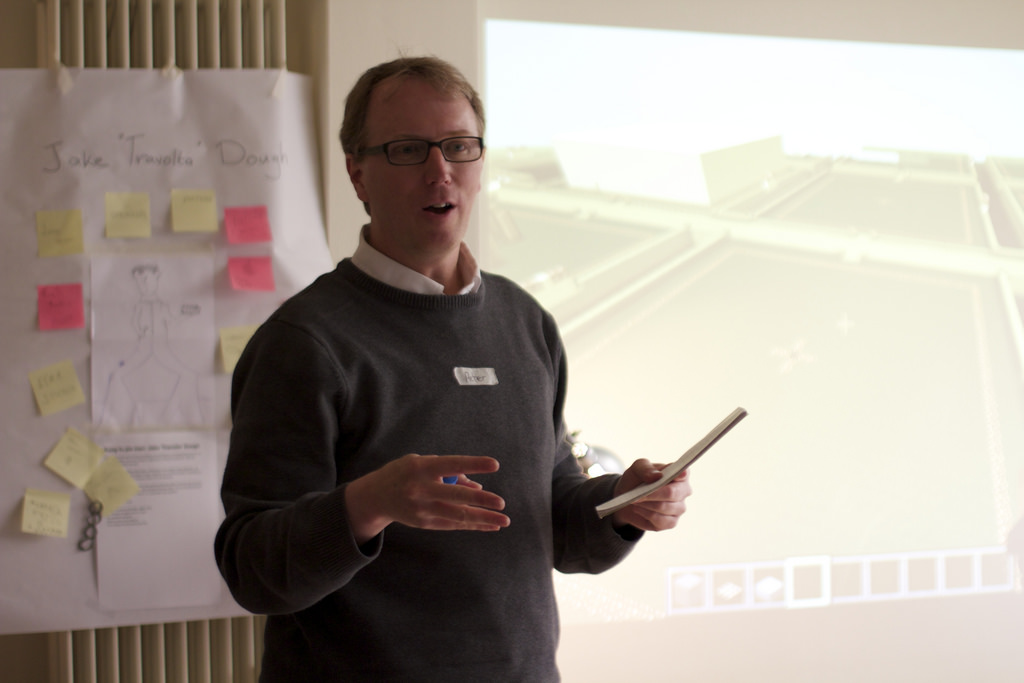 Among those people listening was a young lad named Floris, a Minecraft savant: our little presentation was enough to enable Floris to make an very detailed castle in Printcraft; on the screen it looked like this: 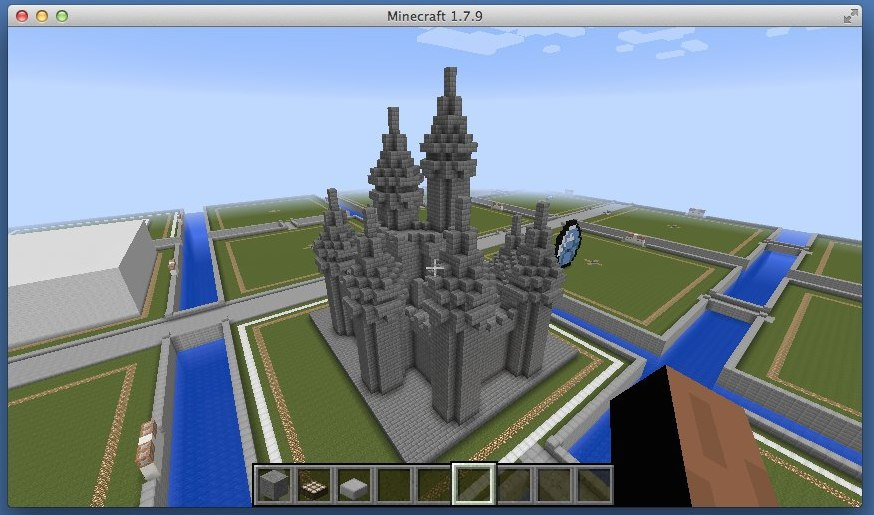 Once the castle was printed, it was just amazing (photo by Ton Zijlstra): 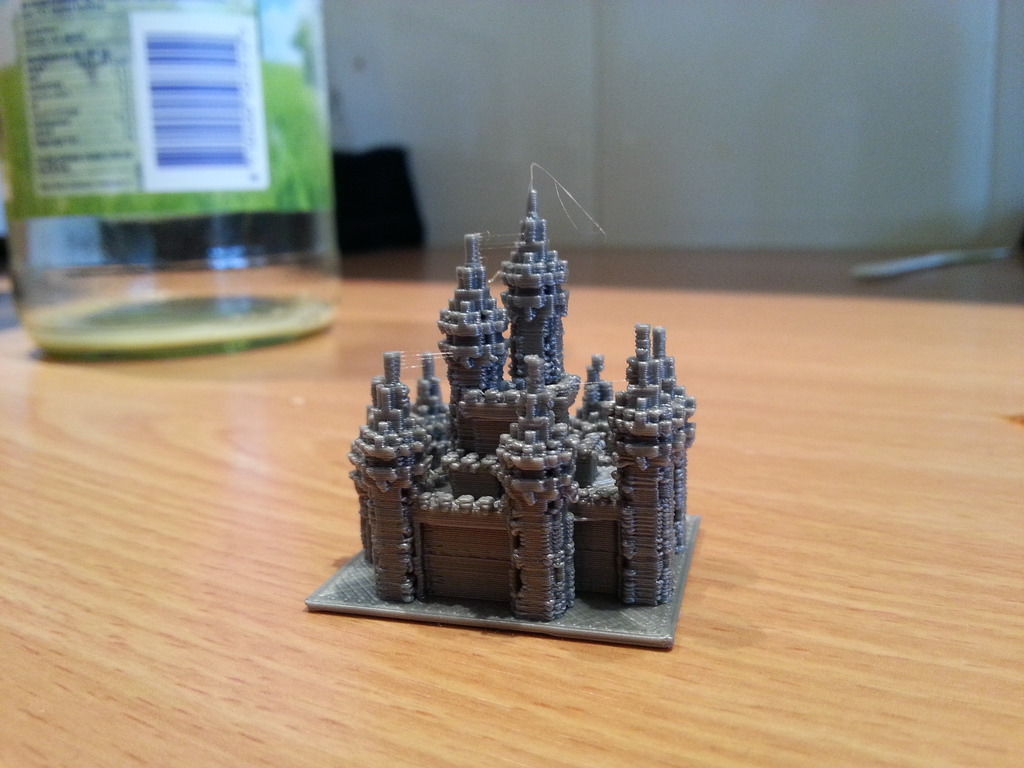 The level of detail was a testament to the painstaking effort Floris took in Printcraft, dropping each block where it needed to go.

The opening salvo in Ton’s scene-setting for Make Stuff that Matters was a suggestion that we come to look at “making” not as a solitary digital act commited behind a screen, but as a participatory act of community. The exercises that Ton and Elmine designed to nudge us to that point got us in that direction, but to really get Oliver and I there all it took was a few “all you need to do is to stick it on an SD card” answers for Floris and his dad – the free sharing of otherwise mystical incantations.

In the months leading up to this event I’ve been thinking a lot about what “matters,” parsed out of “stuff that matters.” As there is a lot of evidence to suggest that most of what comes out of 3D printers is little more that tchotchkes 3d-waste, I wondered whether you could truly create something that “mattered” in a setting like this.

What I came to realize – or, really, simply have reinforced – is that the “stuff that matters” is the process, not the product.

If, as a community of consumers, we can collaborate to understand more about our consumption, and more about the production of what we consume, and more about how we can effect, control, or drive that production, what we will have achieved is far more substantial than whatever comes out of a 3D printer.

But the great thing about 3D printers is that, in spanning the digital and the physical, offering the possibility of on-demand fabrication, and simply being something we can all stand around as magic appears to happen within, they can catalyze conversations about stuff that (actually) matters.

So we made a tiny poop bag box.

And made some new friends.

And had some revelations.

And passed on some knowledge.

And learned a lot more.

And had some fun.

Sorry: The story of your poop bag reminded me of Stonehenge in This is Spinal Tap: