If you’ve bumped up against my digital identity in any of its multi-hued forms, you’ve no doubt come across my ubiquitous avatar: 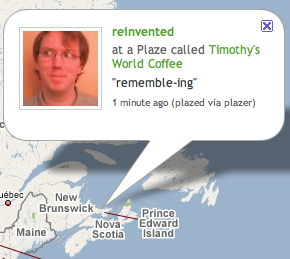 From time to time I get flack from people thinking I need a better photo for this. “It’s really, really red, you know?” they write.

Yes, it’s really, really red. I know. It doesn’t bother me. Indeed it stands out, which is not bad for an avatar to do.

Until yesterday I thought that the original photos from the session that gave rise to the avatar were lost, but a consolidation of iPhoto libraries from four Macs produced the set: 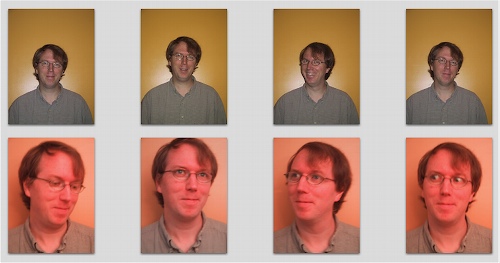 This was a self-inflicted random act of photography conducted with our yellow living room wall as a backdrop on July 24, 2003. I shot the photos with my Canon S100; the top set with a flash, and the bottom set without.

The top set look like mug shots, and the lighting is far too harsh. Although the bottom set is very saturated with red, and not at all what I “really looked like,” the effect caught my eye. And the combination of whimsy, curiosity and suspicion in the last photo, in the bottom-right, is about as good a photographic representation of the inside of my head as you’ll find. So that became the avatar (I’ll use the bottom-left photo as the avatar when I release my first solo-acoustic album).

The funny thing about that photo is that when you look at it full-size, it’s actually quite out of focus; indeed it hurts my eyes to look at: 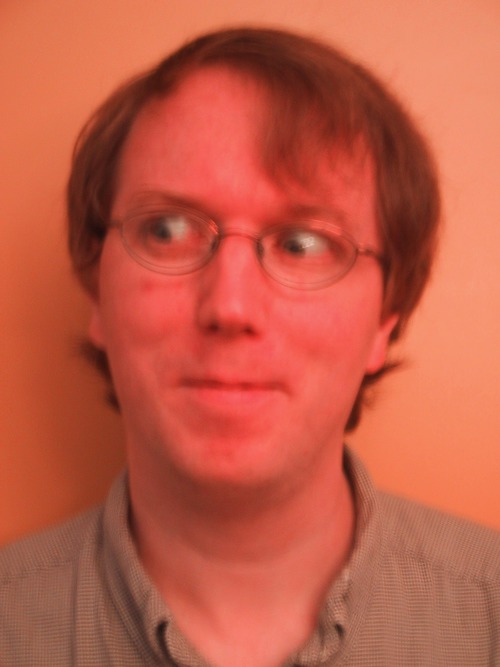 Somehow when it gets resized and cropped, it looks, well, okay. Of course it still is really, really red. I know.

What’s the story of your avatar?

The story of the photo I’ve taken to using as my avatar is here, the very first post on what was then my “campaign blog” about my “campaign photo”.

My avatar ‘photo’ was created by a co-worker — he describes how he did it here.