In the spring of 2005 we spent a month in the small village of Aniane in the south of France. The trip was the first test of my “I can work from anywhere” hypothesis, and the results of the experiment showed that this was just barely true: the house we rented was free of Internet, leaving me to scavenge for wifi in the surrounding towns, and the ergonomics of the attic I set aside to be my office were such that rope and pillows were required to strap me into a comfortable work position.

But, work logistics aside, it was one of the greatest trips we’ve taken as a family: Aniane was a tiny, perfect village with two boulangeries, a mid-week market and awe-inspiring stone architecture, surrounded by enough distractions to keep us pleasantly occupied for the month with fun family activities. Sometimes it was enough just to wander about the village, taking it all in. 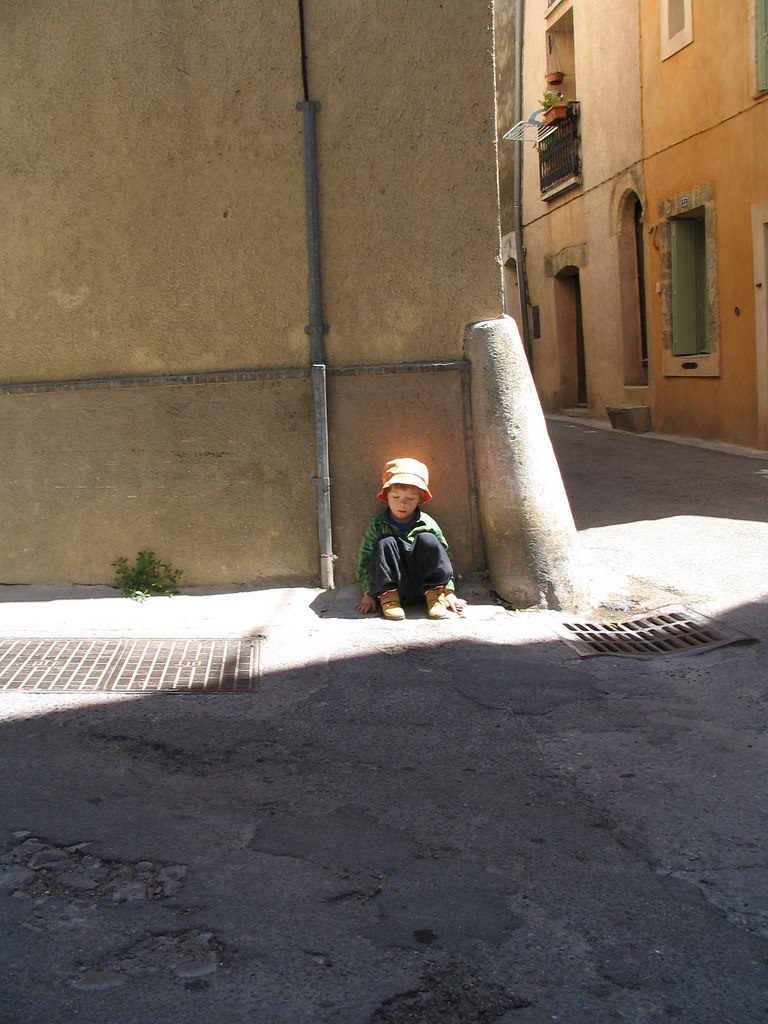 The nearest major city, 30 minutes drive away, was Montpellier, and we would often go into the city to shop, or to wander, or to ride its city-centre carousel. A few minutes walk from the carousel was a park called L’Esplanade, and one of the features of L’Esplanade was that it offered pony rides for children.

Which is how we met Bembo.

Bembo was one of the stable of ponies, and was the one selected for Oliver to go on walkabout around the park. We paid our fee – a Euro, if I recall correctly – and were surprised to find that our marching orders were to simply set off, under Bembo’s guidance, through the park. In stumbly French I managed to determine that Bembo knew the way; there was nothing to worry about.

And Bembo did know the way: he dutifully, calmly, loped on his standard route, around and about and through, never diverging from his intended course. If we’d fashioned ourselves as pony thieves it never would have worked out, as Bembo’s determination to stay the course was unbreakable: he wouldn’t divert no matter how hard we might have pulled.

Everything went sideways, however, when we came to a section of the brick path that workers had just started to dig up: what was Bembo to do?

So he stood there. Waiting.

It took all our strength and persuasive energies to convince Bembo that it was okay to divert 6 inches to the right to make his way around the disturbed section of the path, but we eventually managed it.

Once beyond, Bembo merrily continued on his way back to home base, where Oliver slipped off, and Bembo went back into the rotation.

My mind has returned to that afternoon with Bembo often in the years since: how many times must have Bembo walked that path for it to become so implanted in him that no other path was possible? How many times after Oliver’s ride did he continue to do so? What become of him? Could he still be there, 9 years later, still walking the same path?

Oliver and I are reading the excellent Lucy Knisley book An Age of License, a “comics travel memoir” about her 2011 trip to Europe. The introductory page looks like this: 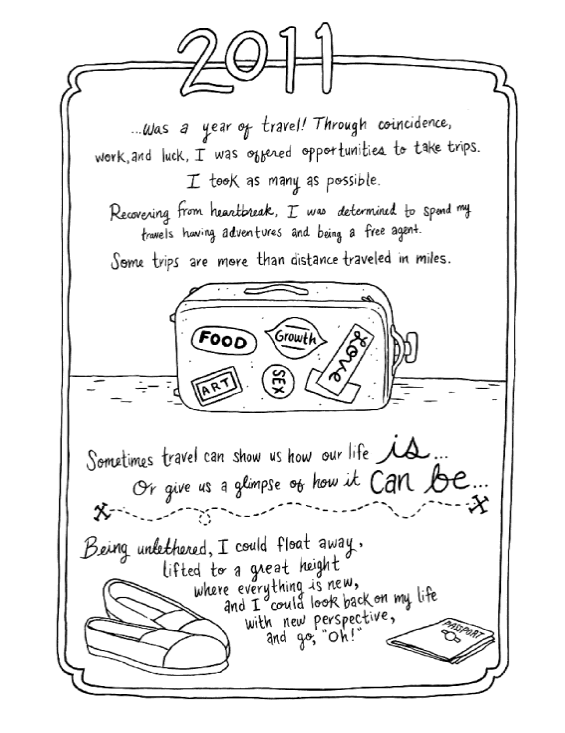 “Sometimes travel can show us how our life is… Or can give us a glimpse of how it can be. Being untethered, I could float away, lifted to a great height where everything is new, and I could look back on my life with new perspective and go, ‘Oh!’”

Our ride through L’Esplanade with Bembo afforded me some of that new perspective: we can worry ourselves into repetitive ruts in life, ruts worn so deep that we hardly even know that they are there, as they come to simply resemble everyday regular life, “the way things are.”

And on occasion we come to a break in the path, a pile of bricks set there by others, and we’re confronted, suddenly, with the need to find a way around.

We can use that opportunity to squeeze around the pile of bricks and continue on the path, or we can use the opportunity to realize that perhaps we have the ability to set off down a different path and avoid the bricks altogether.