As I type I am sitting in the spacious cafeteria of the Lions Foundation of Canada Dog Guides training centre in the heart of Oakville, Ontario. A blizzard rages outside and, although we’re not to be paired with our dog until Friday, the sounds of dogs resonate through the halls. In the guide dog world, this is Graceland.

My day started at the crack of dawn.

“Peter, Peter?” I heard my Dad saying as I groggily tried to understand why my father was waking me up (and where exactly I was).

Oliver was still asleep on the couch upstairs as I padded my way around my parents’ new house – an odd experience in itself, as it’s the same stage set, but struck and relocated to a new theatre. We flew in last night on the WestJet, beating the weather, and Catherine, by 24 hours.

A quick breakfast, some final goodbyes to Oliver, who’s staying until I pick him up on Saturday, and my mother, and I was off with my Dad to the Burlington GO Train station: memories of when that same trip was part of my daily commute to Toronto, after high school and before college, when I held down several volunteer jobs in the city.

A quick GO train into Toronto, and walk through the underground city and I found my old friend Oliver Baker waiting for me, as scheduled, at Dineen Coffee on Yonge Street. Oliver and I found ourselves converged on Toronto from opposite coasts almost by accident, and quickly arranged to meet up, as we hadn’t seen each other for several years, and there was much to be said.

And much was said. Some coffee drunk. Lunch had. All against the backdrop of the frenetic pace of Toronto’s financial district. Which made me fell like I hail from a different century. Oliver piled me back onto the GO train, aforementioned blizzard now in full force, and after a brief misunderstanding of the compass (Lakeshore East vs. Lakeshore West) that almost ended me up in Oshawa, I was speeding west on the 13:43 to Oakville.

When I arrived in Oakville, blizzard still raging, I set about trying to find a cab. Except that in the place where a cab should have been was a minivan with ‘Dog Guides” on the side. I knocked on the window.

The driver was game, and after a couple of others — the intended riders — showed up, we made our way to the training centre.

Catherine, meanwhile, having flown in from the Island this morning, was making her way in another dog guides van from Pearson Airport. We arrived within 30 minutes of each other.

The facility here is frighteningly well-organized and appointed: it’s basically a college campus, with hotel-like rooms, a cafeteria, classrooms, a lounge, and lots and lots (and lots) of dogs. All set in leafy neighbourhood in the centre of Oakville.

We are one of 8 families here to be outfitted with autism assistance dogs. I’m the only father in the bunch.

As you might imagine, a lot of the ice-breaking getting-to-know-you talk concerned our kids, and the ups and downs and sideways of raising kids on the autism spectrum. For us this is novel, as we’re not really members of a greater community of parents like this in PEI; partly it’s really great — lots of “wow, your kid does that too!” revelations and the like. And partly it’s a little exhausting as, hey, who wants to talk about autism all the time anyway.

Fortunately I expect the talk will turn more to the ins and outs of dogs when formal classes start tomorrow morning and with luck we will all emerge as complete well-rounded people.

The only formal activity today, other than check-in and room assignment, was signing all the disclaimers and waivers, reviewing the rules (no alcohol, no noise after 10, sign in and sign out when you leave and come back, don’t swear) and sharing a first meal with our group and our trainer.

If you can imagine a summer camp. But in the winter. With dogs. And where everyone has a kid on the autism spectrum. Then you’ll have a pretty good idea of what we’re starting off on.

Just now an errant black lab escaped from its brief furlough in the snow and ran around the cafeteria. Dog was called, dog ran back, calm returned. 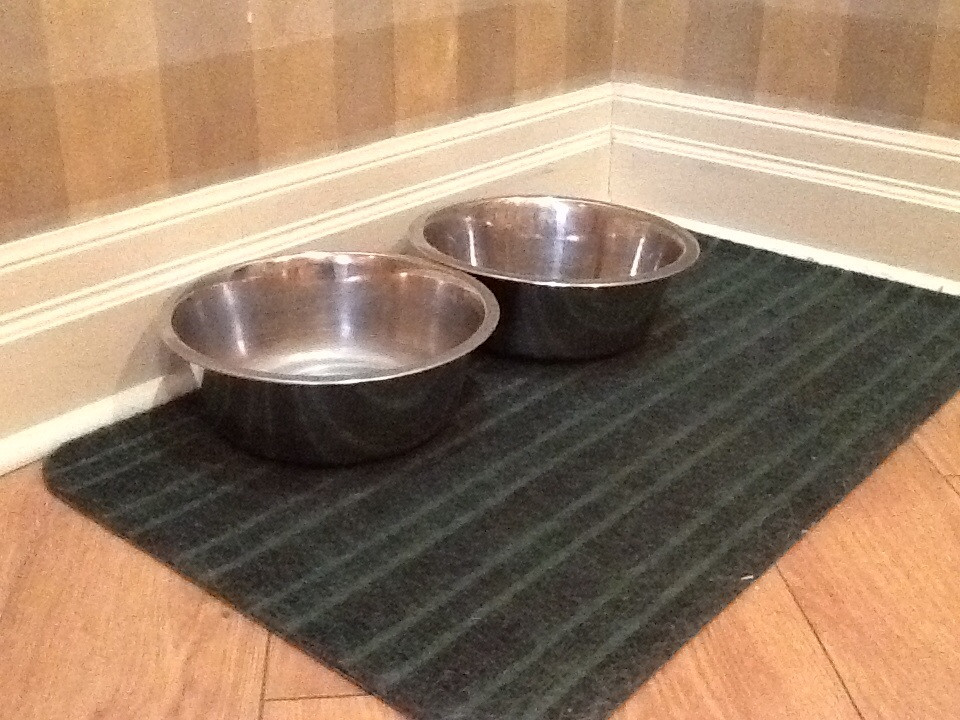