The playbook has me disabled by grief at this point, three weeks after Catherine died.

And sometimes I am disabled, with my mind scrunched up in thickets.

But there are periods of joy and beauty, both from within and from without. Anonymous muffins and soups dropped at our door (who would have thought I’d grow into a soup-lover; certainly not Catherine). Deep conversations with new and old friends. A new ability to not avert my eyes at places I used to. And a realization that Catherine, while not here, is still here. In ways that help and elevate my spirit, and ways that confound me.

And then there are all the practical things that need doing when somebody dies.

Here’s a list. Not intended as a reference as much as a way of processing everything I’ve been doing so it seems like more than just eating soup.

More than anything else, though, I’ve been father to Oliver. He has been enormously helpful, including insistence that, when people ask “how are you?”, I tell the truth (he forced me to retroactively retract my “as well as can be expected”-style replies from a couple of people). And an insistence that we keep on doing what we do.

I’ve also learned that our vocabulary for describing grief is primitive, and that most people, most of the time, however well-intentioned, fall back on well-worn tropes (“it’s a journey,” “it’s a process,” “it’s not a straight line”). Kind of like describing a strawberry as “fruity tasting.” Accurate, but in no way a helpful description of its splendours. 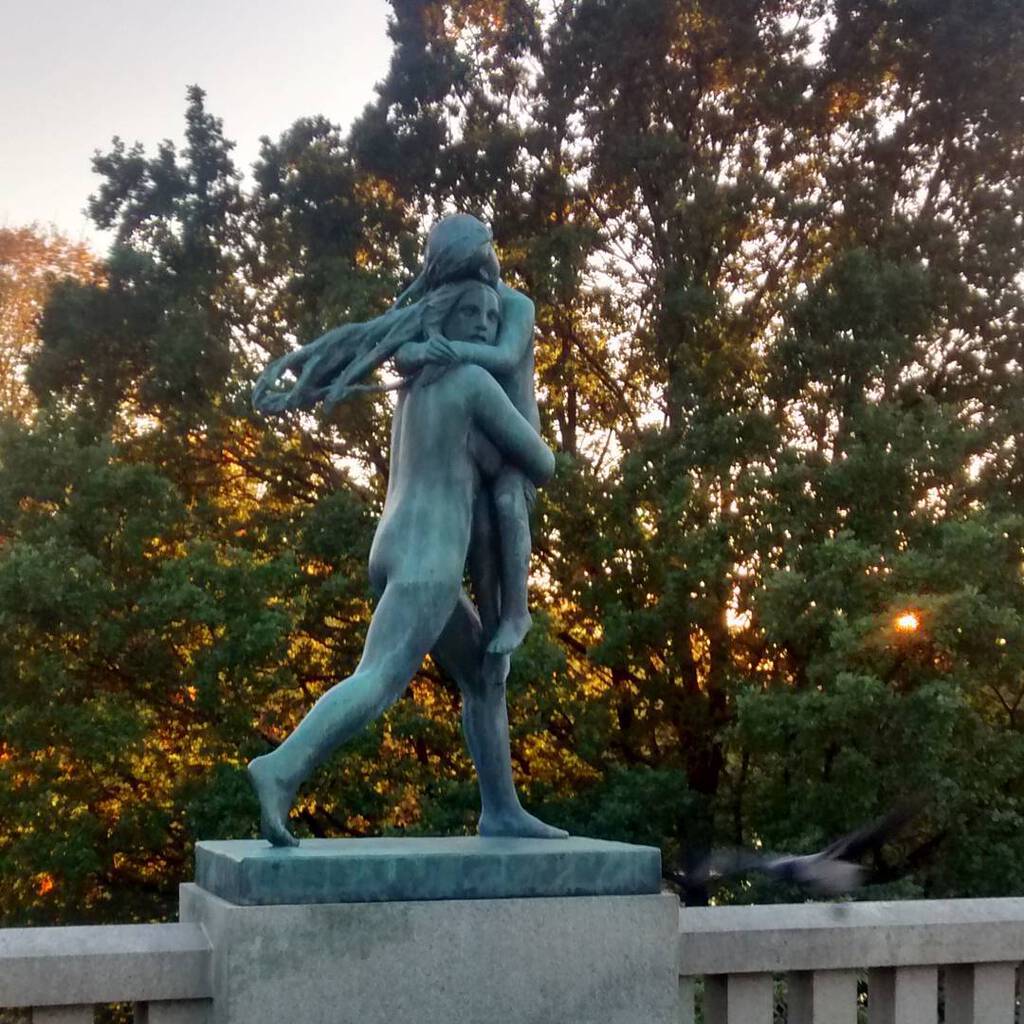 (Photo Catherine took in Vigeland Sculpture Park, Oslo, in the fall of 2016)

The bit Oliver suggested, memorializing the digital presence, is a kindness.

Palliative Care Centre offer services that have helped me. A small group meets for 10 weeks one night a week that is coordinated by staff. And they also offer a drop-in gathering the third Thursday of each month. They are good people, it is a peaceful place.

Thank you for mentioning memorializing the digital presence ... it's something I wasn't aware of or considered.

Thanks for this post, Peter. I think it’s one of your best.