You may recall that when we last spoke my Golding Jobber letterpress had made it from Tryon to Clyde River — half way along its journey to town. It’s taken me almost a month to get it the rest of the way.

First, I needed to find a space. After a tour of what seemed like every light industrial space south of Allen Street, I finally made arrangements to share a space in the basement of The Guild and so with the space identified the next challenge was to get the press from Clyde River to town.

Fortunately my friend Tom Cullen at Purity Dairy heard my call for help and pointed me toward Austin McQuaid on Allen Street. Everyone thinks of McQuaid’s as a place to store things, but they’re in the moving business too, and Tom has used them over the years when he too has had heavy things to move around.

I gave Austin a call last week and he and his son met me at The Guild to see if it was something they could handle; I showed him a photo of the press, and he came up with a plan and asked that I arrange to have Griffin’s Towing in Clyde River move the press into his warehouse on Allen Street so they could prepare for the move into The Guild.

The press arrived at McQuaid’s yesterday afternoon and this morning at 8:30 a.m. I had an email from Kay in Austin’s office telling me they’d be at The Guild at 9:00 a.m. I made sure that the doors would be open and then headed down to guide them where to set it down. 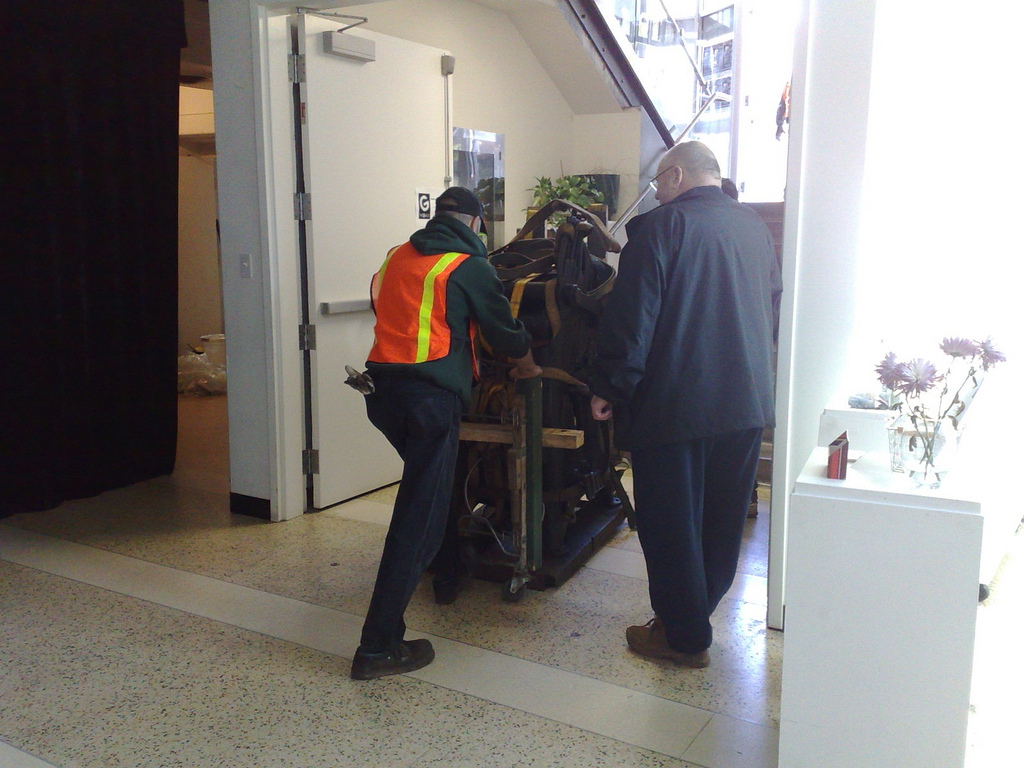 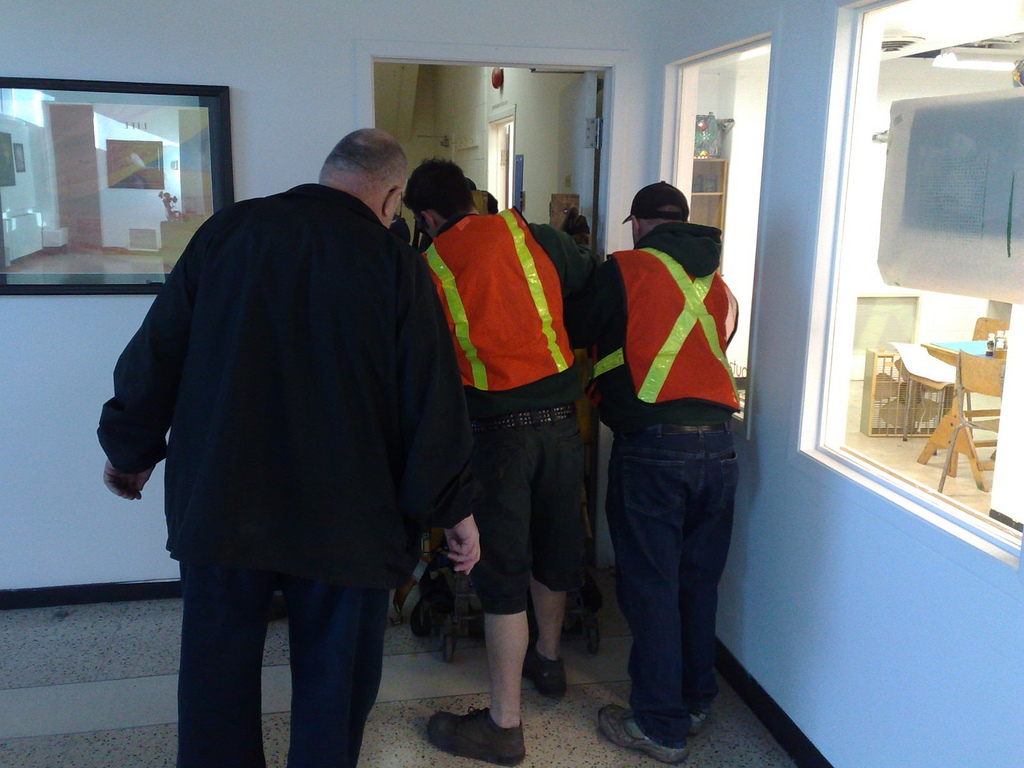 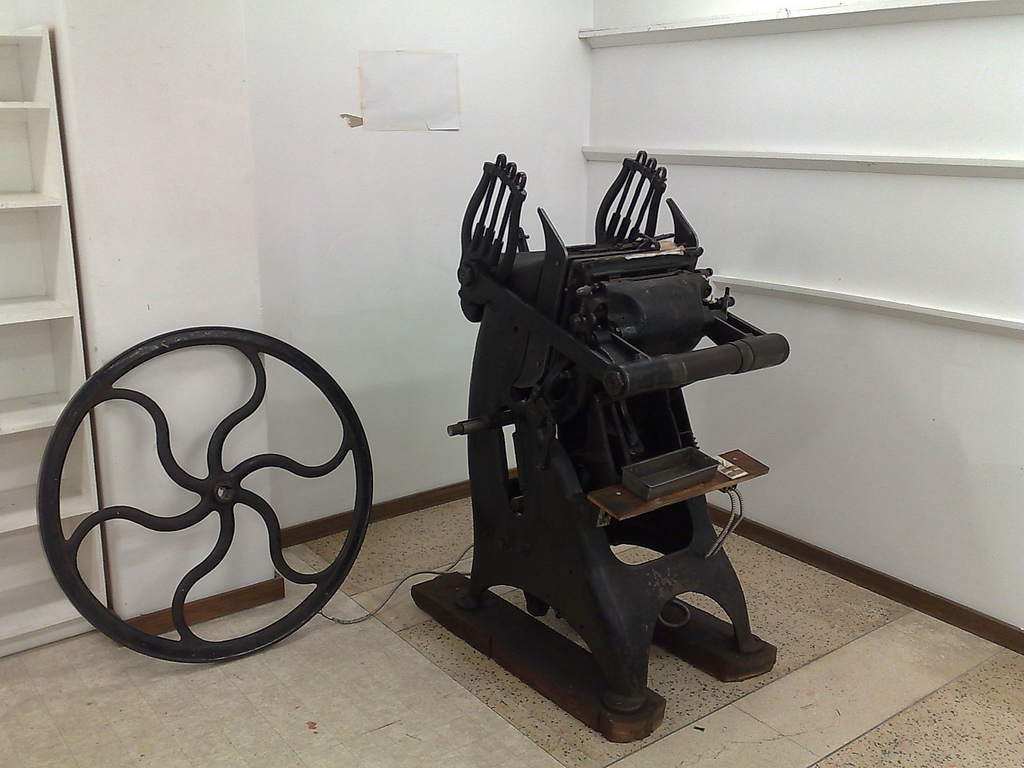 Austin brought a full team to the move and they were all the most good-natured, professional guys you’d ever meet: I can’t imagine a better moving team. If you got something heavy to move on PEI, I wholeheartedly recommend them. 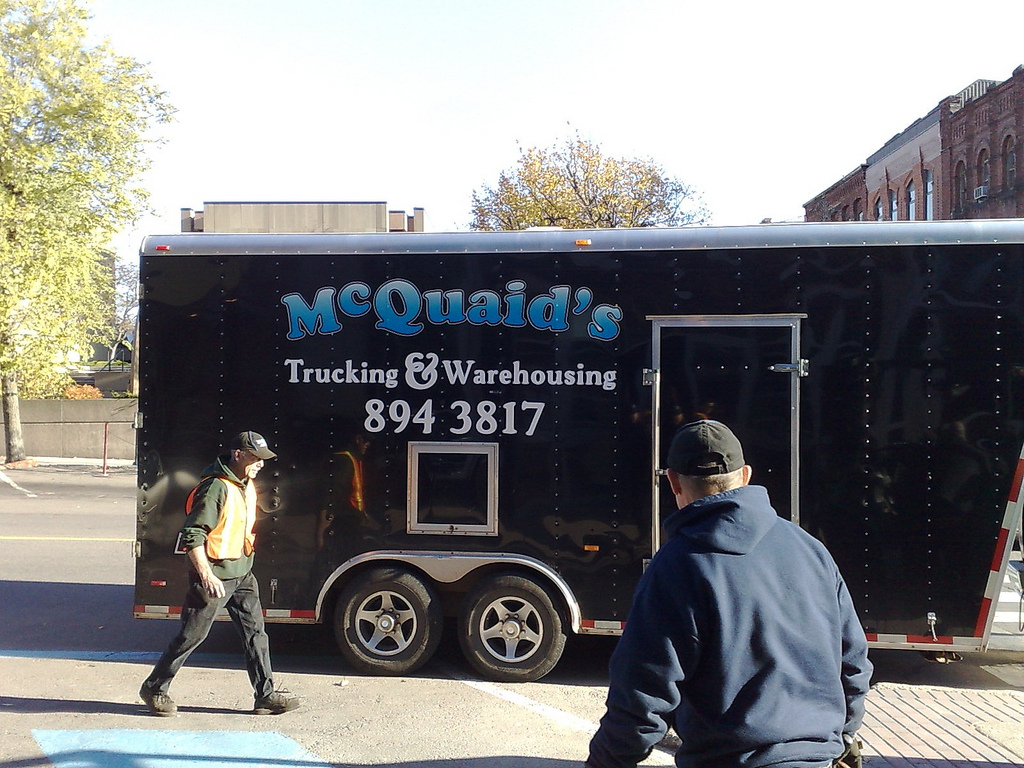 At every step of this two-month process each new person to encounter the press adds a couple of hundred pounds to their guess of how much it weights: Bill Campbell, the previous owner, guessed it was about 800 pounds; the next mover thought it was more like 1,000 pounds and Austin was pretty sure it was more than that (one of his men estimated 1,725 with a twinkle in his eye).