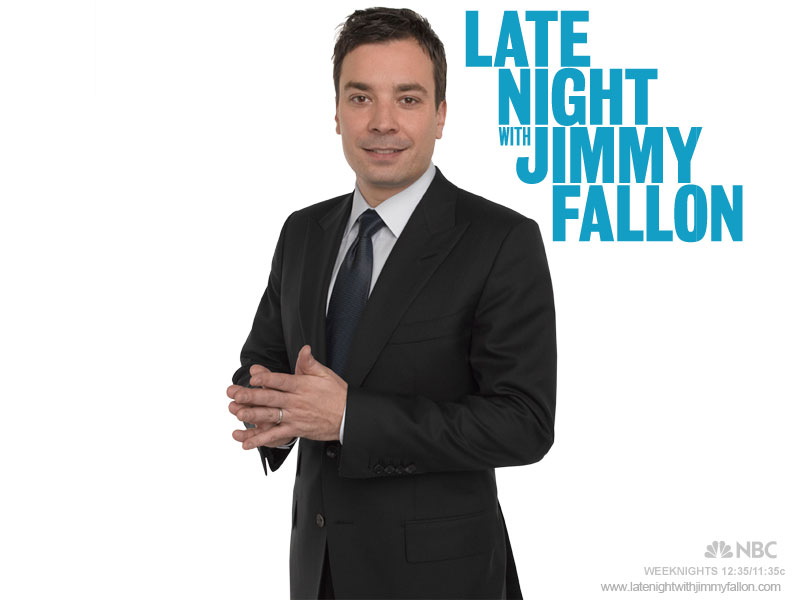 You probably haven’t seen Late Night with Jimmy Fallon. Especially if you live in Atlantic Canada, where it airs at 1:30 a.m on A.

We’ve been watching it in our house, but not until the next day, thanks to our digital video recorder. And, somewhat to my surprise, it’s pretty good.

The monologue is best fast-forwarded through, as its just more of the same formulaic non-funny banter.

But once Fallon sits down at his desk, there are some genuinely good off-the-wall moments, unusual for a format that is generally as strict as Kabuki Theatre. Which is not to say that there’s not the usual movie and book plugging going on. But Fallon is more genuinely interested than Letterman, and much less cynical than his predecessor Conan O’Brien (who always felt like he was mocking both the audience and the guests).

He’s kind of like the guy you and I would hope to be if we were hosting a late night talk show: sometimes bumbling, sometimes a wide-eyed fan, and sometimes cracklingly funny.

Last night’s episode, the opening of the second week of the show, featured Amanda Peet, Rose Byrne and Joshua Topolsky. And in that way that an episode with slightly-obscure guests can often prompt, the show truly came into its own: the first week jitters gone, Fallon much more relaxed, and the guests rising to the challenge. (If you live in the USA, you can watch the episode online).