I decided to take a little drive this morning, and at the bottom of the driveway from Colletta, I turned right — away from Albegna and the ocean from whence I’d originally come — and drove further up the Pennavaire Valley. As I drove on the road went higher and higher, got twistier and twistier and thus generally more thrilling to drive. About 5km in I realized that I’d just driven off the end of the map I had with me, and so from then on there was an ever-present feeling that I may be accidentally driving to Switzerland. 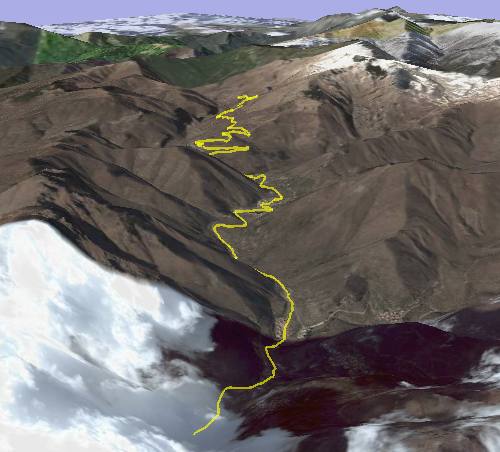 Several times during the higher twistierness I stopped with thoughts of turning back, but I felt oddly compelled to journey on, curious as to what exactly could be up so high.

A lot, it turns out. People in this valley have built villages in the least likely places, hugging to the side of mountains in very heavenly ways. And just when you think you’re in as high a place as could reasonably house a village you look up the mountain and there’s another one further on up the road.

I finally stopped driving in Caprauna, a small village at elevation 1,000m with less than 200 inhabitants located just up the road from an intriguing tunnel that looks like it was poked through the mountain with a giant fork: 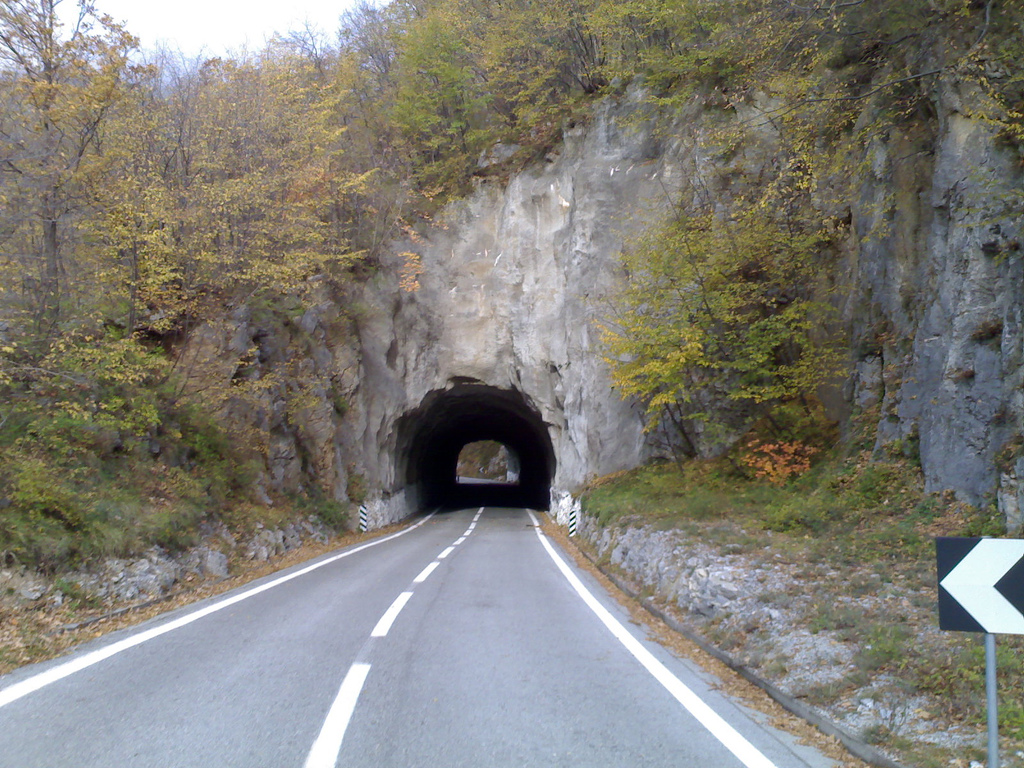 Caprauna, despite being a kilometre in the sky, looks just like a normal little village, albeit a very old one made of stone and wood: 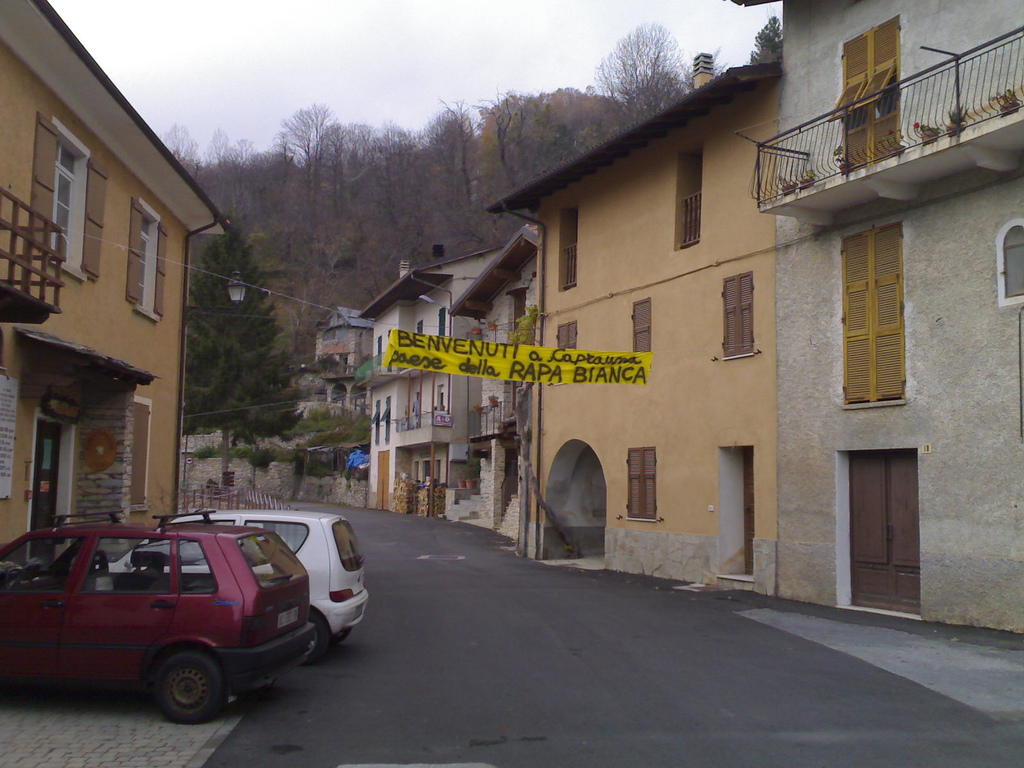 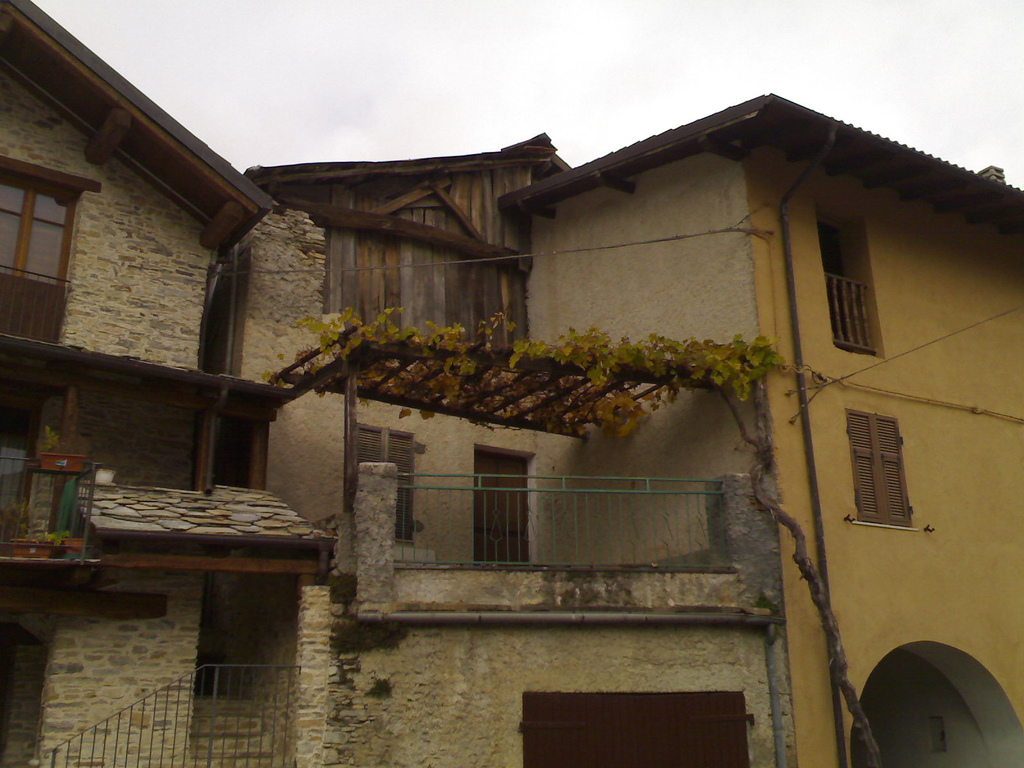 I would have kept going up and up and up but for the fact that I encountered a “you must have chains on your tires” sign, with no “in December and January only” proviso like other’s I’d encountered. So I headed back the way I came, stopping near the village of Alto — about halfway down — to take a picture down into the valley: 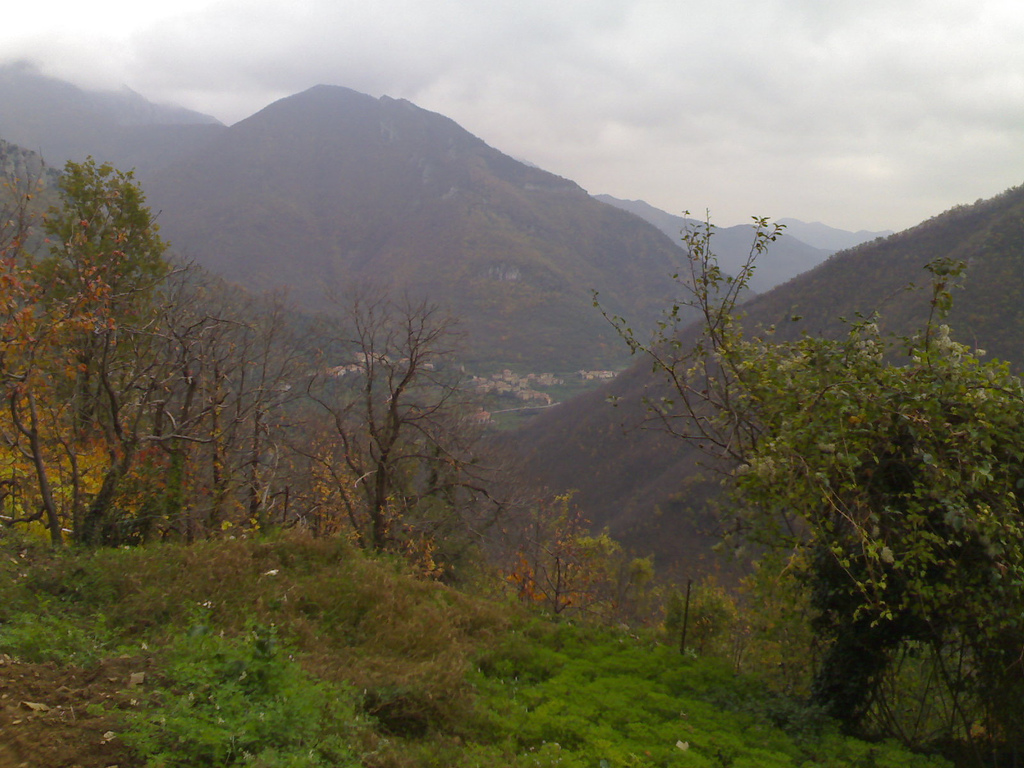 Realizing I needed more groceries, I decided to keep going all the way down to sea-level in Albegna (the notion of driving 1km downhill also appealed to me). After filling up at the COOP, I took a detour into downtown Albegna and down to the waterfront: 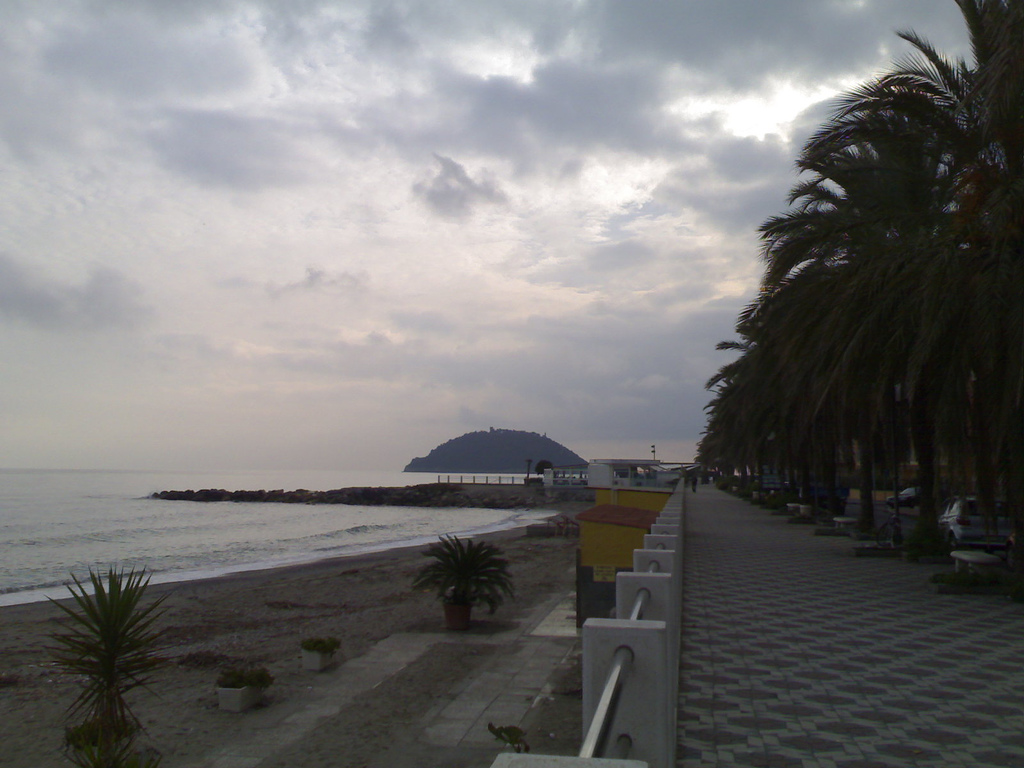 Despite the 19 degree temperature and balmy ocean breezes the beach was locked up tight — it is very obviously the “off season” here. On the way back to Colletta I managed to get trapped down a one-way street and had to drive into Ceriale, east along the water, before I could turn back. By 3:00 p.m. I was back here eating cheese and zucchini sandwiches and getting ready to start the workday.