The old Central Farmers Coop space on Queen Street in midtown Charlottetown has had new life breathed into it over the winter, thanks to Murphy’s Pharmacies, which completely transformed the tired old building into a gleaming new centre of the neighbourhood.

It’s a bright, cheery space that’s more than just a drug store: there’s a medical clinic, a good selection of dry goods and food (including fresh meat and fresh produce) and even a “Receiver Coffee Bar” (although that would more properly be described as a “counter with a carafe of Receiver Coffee sitting on it).

While I lament the departure of the Coop–and the demise of the coop grocery system in Charlottetown generally–it’s nice to see community-minded Murphy’s take over this space rather than a more mercurial big-city chain. One has the sense they’ll still be on Queen Street in 50 years. 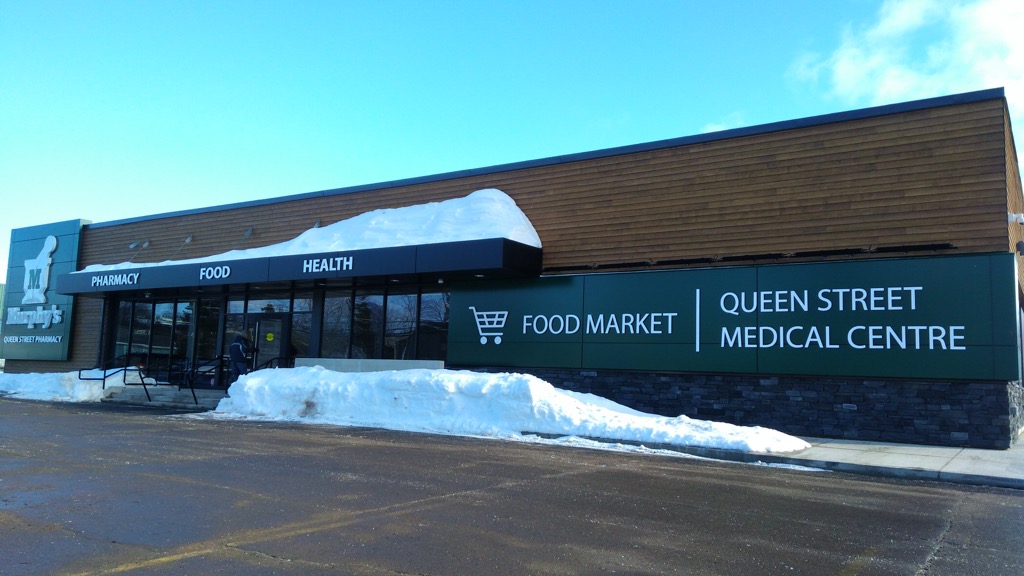 I stopped in for my first visit on Tuesday morning (it’s conveniently situated on my drive back from the morning school run to Colonel Gray) and, as I didn’t want to leave empty-handed, I purchased a couple of boxes of tissues, and, on the spur of the moment, a mobile phone “kickstand.” Here’s what that looks like in use: 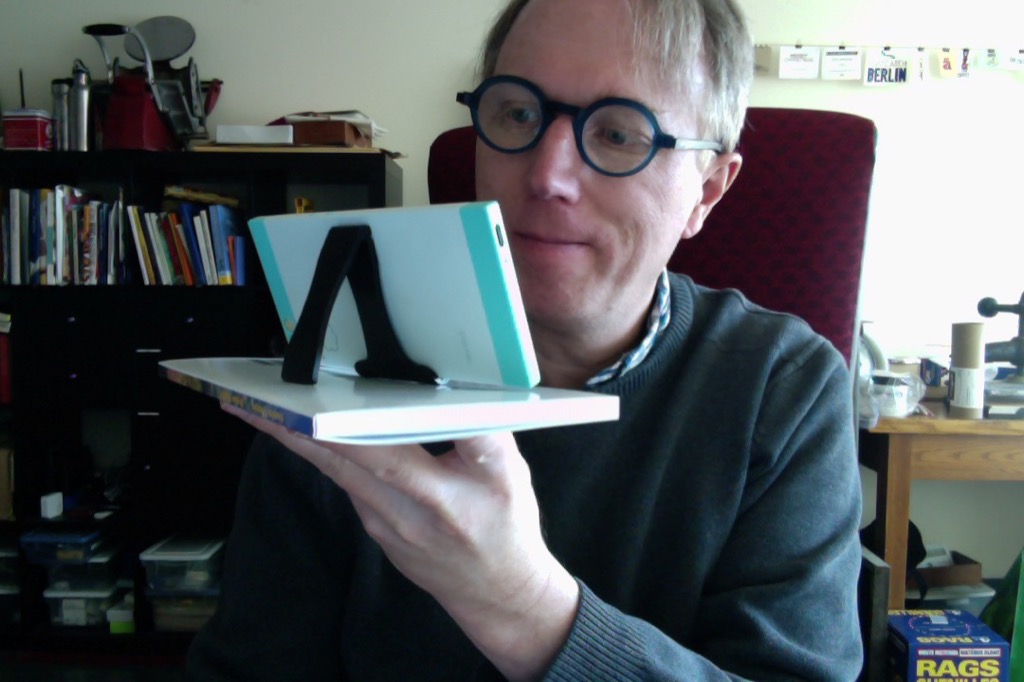 It’s not designed to be used aloft like that, of course; but how else could I take a photo of my camera than to use the computer upon which I type, and this required a hoist.

It’s the perfect form-factor for my Nextbit Robin, especially in landscape orientation as I can plug in the end that way. For $1.99, it’s the best capital purchase I’ve made all year. You’ll find them on the aisle-end just around the corner from the Purity Dairy milk cooler.