My man in Bangkok, Harold Stevens, writes about the Jim Thompson House in Bangkok. We visited the house when we were there last year; well worth the visit. When we were done at the house, we took a canal boat from around the corner, and almost ended up in the drink getting on (boats don’t stop for very long, and there’s a complicated “over the rope and in” dance you have to do, which is hard when you’re balancing a one year old). Oddly, we didn’t take any pictures at the house, but here’s a view up the klong: 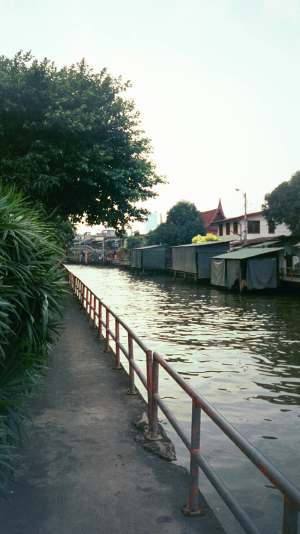 Later in the afternoon, after walking around the area surrounding the Giant Swing for a while, we encountered a Thai man and his son rolling along in the opposite direction in a stroller, and he and Oliver had a wee cross-cultural moment: 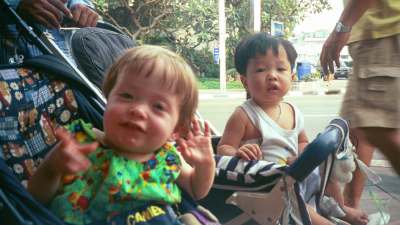