After supper tonight I had an idea come to me for a calendar I could set to fit on thin strips of beige card stock that I purchased at the October 2010 Wayzgoose at Gaspereau Press in Kentville. The event included an “offcut paper sale” – basically Gaspereau sells the extra paper they’ve hanging around their shop, and the bits and bobs that are left over after cutting.

I decided to strike while the idea was still fresh, and excused myself to the letterpress shop, apologizing to Oliver that I wouldn’t be able to read him a chapter of The Steps Across the Water tonight (it’s a really great book, by the way).

The idea was born of the limits of circumstance: I don’t really have a way of setting boxes or lines, so if I wanted to make a calendar, I’d need to come up with a format that didn’t require them. This is what resulted: 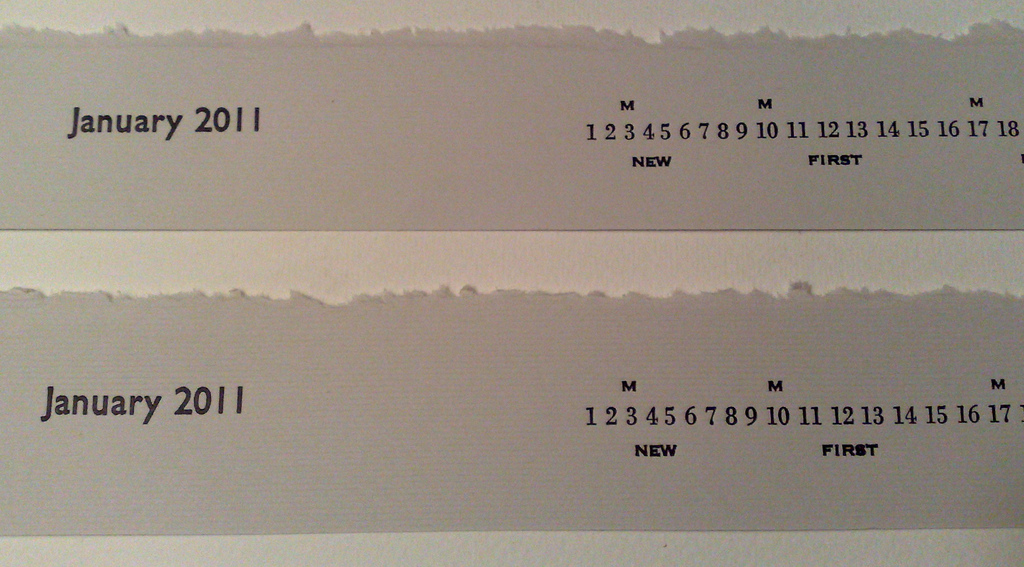 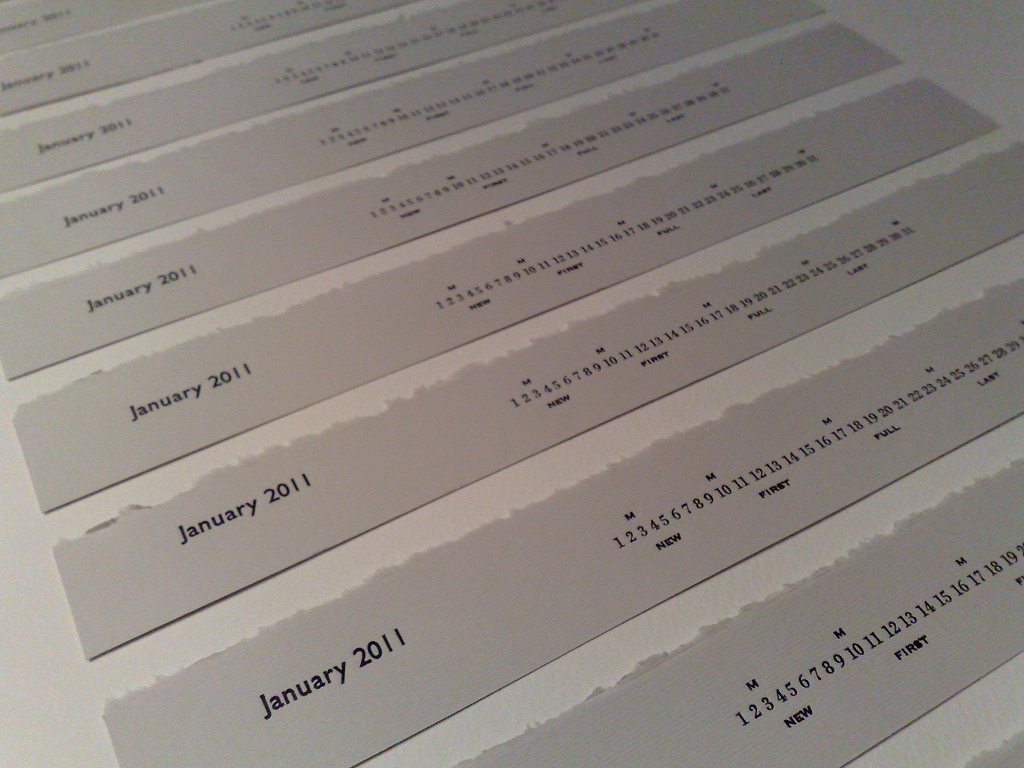 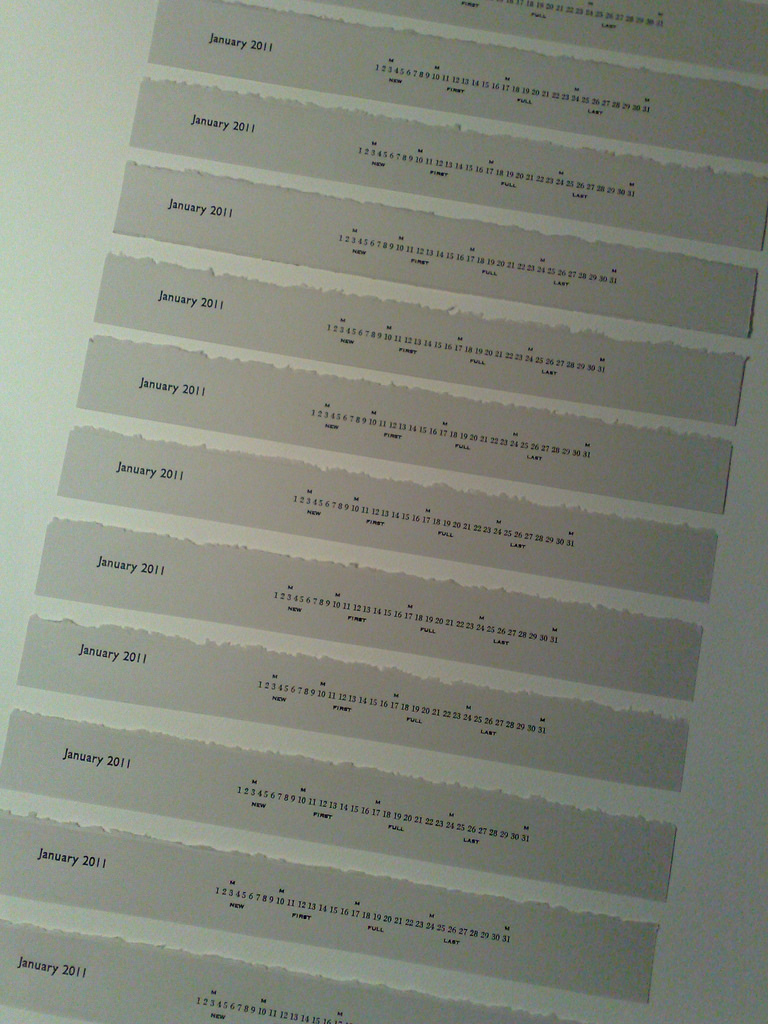 I set a straight line of day numbers, from 1 to 31, in 12 point Bodoni (the only face I have with enough numbers to do so), and then set new, first, full and last for the phases of the Moon below, and M over the Mondays above, in 6 point Spartan (a somewhat worn out font that I inherited with the press). This made for a 40 pica line, just short enough to lock inside my 8 inch by 5 inch chase. I printed this in one go, then swapped in the January 2011, set in 18 point Gill Sans, and printed this in a second (my original plan was to print this in a second colour, by circumstances intervened again: I only had a single rag to clean up with, so I couldn’t clean up a second colour!).

The printing is a little uneven – the Spartan digs in a little deeper than the Bodoni – but right to left it’s relatively consistent, and the end result is pretty close to what was in my head 3 hours ago, so I’m satisfied.

I’ve got a few dozen of the calendars here in the office; if you’d like one, and you can pick it up (they’re a little too cumbersome to mail without getting into creative enveloping techniques), just drop me a line.