I’ve been a Jane Siberry fan for as long as it’s been possible to be so, and it’s not an exaggeration to say that no musician has been more influential in my life over the course of the last 35 years.

And yet, after seeing her play live at Ontario Place, and then again at Victoria Hall in Cobourg, both in the late 1980s, I hadn’t had a chance to see her perform for the last three decades.

But last night she played Harmony House in Hunter River and I had a seat in the front row.

It was a unique evening.

I’d imagined myself to be the only Jane Siberry fan on Prince Edward Island: from the size and ferocity of the audience, this is clearly not the case. To my surprise, there were many who I’d consider part of my not-too-distant-extended-community in the house last night, people I’d never considered I might have this in common with. It was a good reminder that commonality is often hidden behind closed doors. 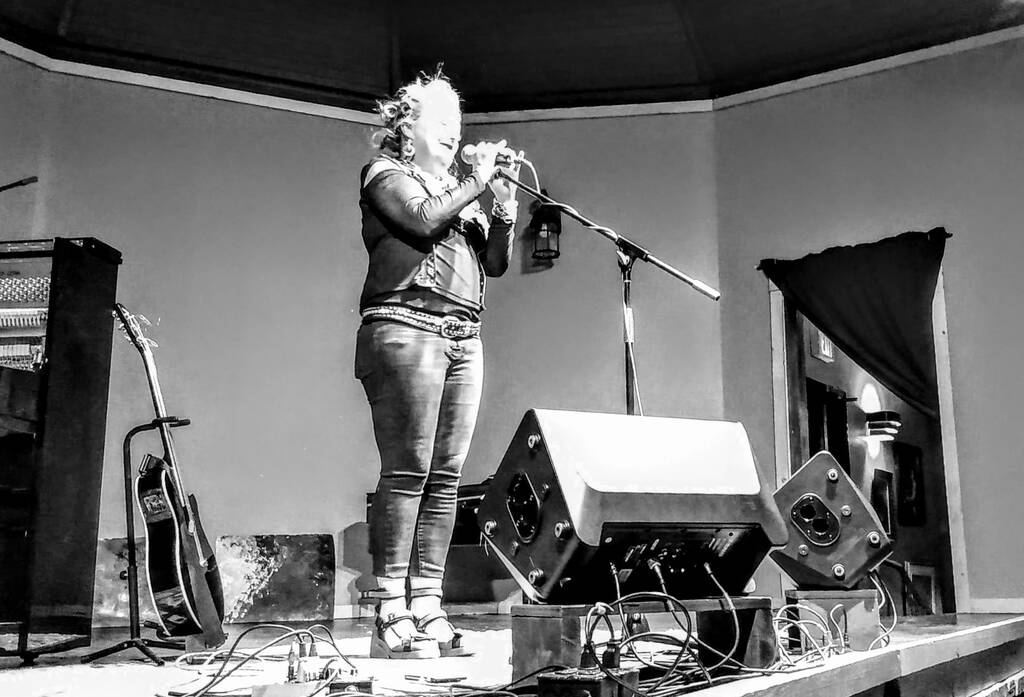 And it was a weird concert: a kind of aural patchwork quilt of sounds and stories that appeared, initially, to be too random and too slapdash but that, over the course of the evening, shimmered into something larger. It was really quite delightful to witness and be a part of.

At the end of the evening Jane offered up three of her paintings for sale–”I can’t take these on the plane with me”–and the one you see between her guitar and her feet, right in my eyeline, was the one that caught my eye (when it’s not rendered in black and white it’s all manner of orange, green, red and blue). So I waited until the crowds had cleared, offered her all the money in my wallet, and we had a deal. 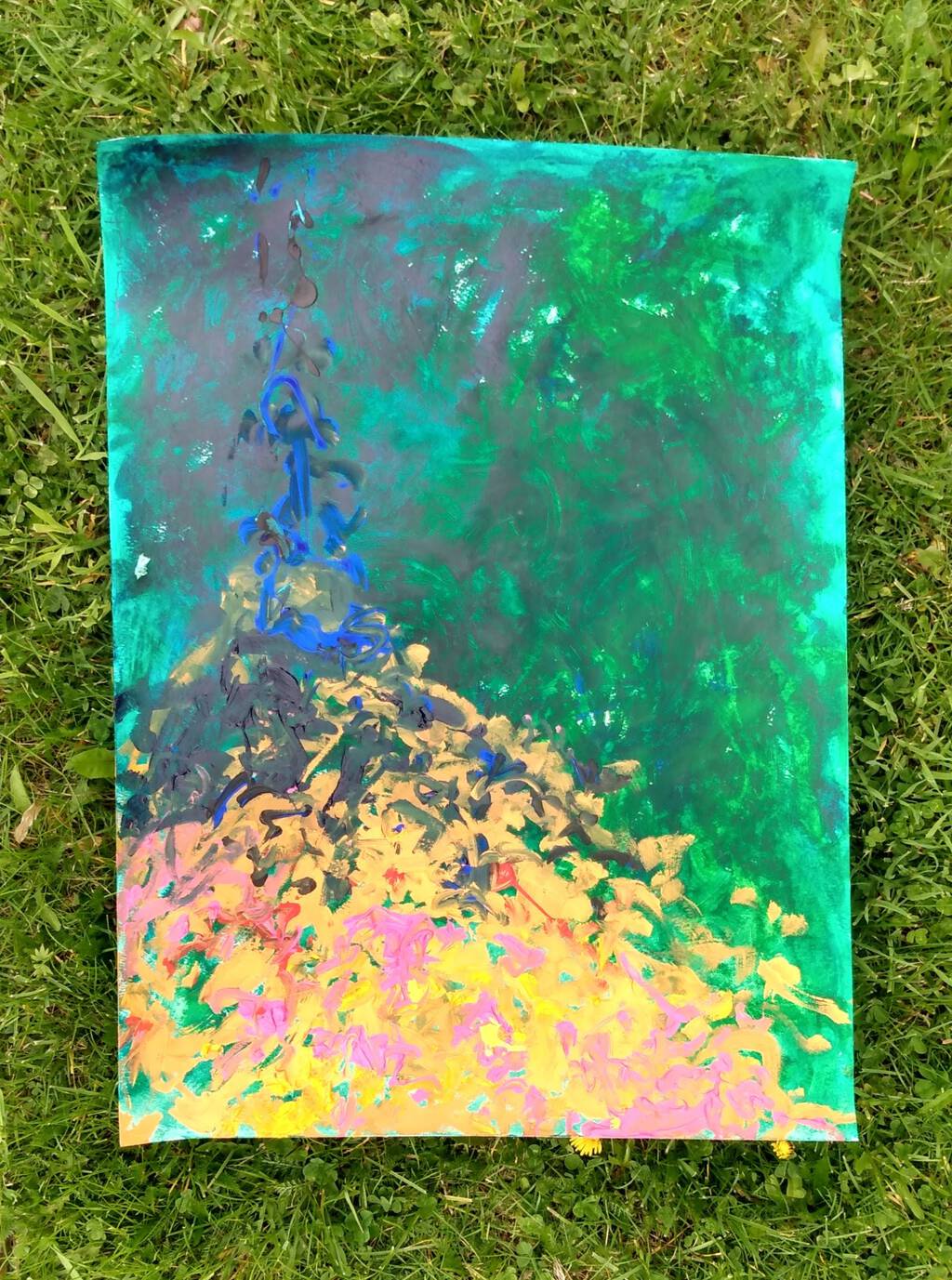 I think sharing an appreciation for Jane Siberry must have figured in the forming of our friendship in grade 13. I remember envying to that you got to see her in concert, even though I knew I was not so serious a fan.

with in weeks of moving in with Ramsden in Peterborough in 83 we saw Jane at the Trent Inn on a friday night and made the band breakfast the next morning. It's a lovely painting.