It’s been a hot summer week here in Prince Edward Island: it’s 28ºC as I type this, and the temperature isn’t forecast to go lower than 18ºC for the next week, with daytime highs in the upper 20s: 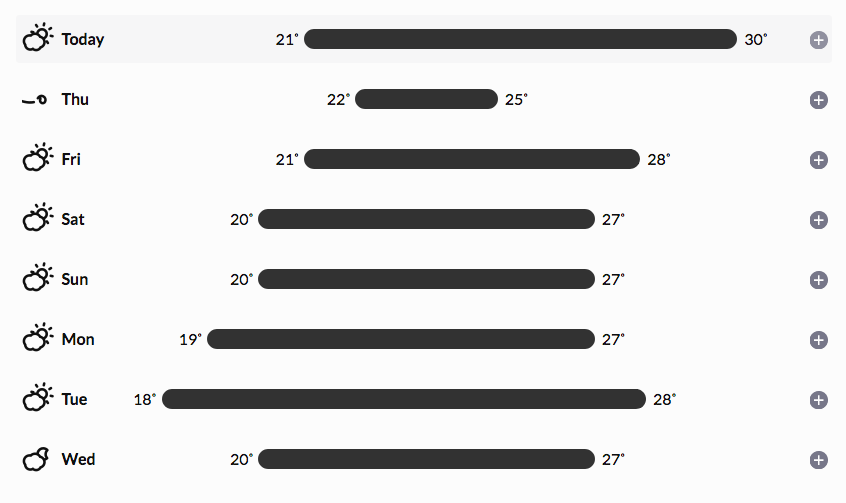 This heat, bolstered, I suspect, by the proliferation of air source heat pumps, has led to historic high electricity load for the province for the month of July; today’s peak, so far, is 217.48 MW, which is the highest load in July I’ve seen in the six years I’ve been archiving this data.

Here are the peak loads for the month of July for this year (so far) and for the previous five years, along with the peak temperature and the average daily temperature:

Note how the peak temperature and average daily temperature in 2013 were higher than this year, but the peak load was 22.14 MW (11%) higher.

Fortunately, at least for the last three days, we’ve been well-served by the wind, with wind generation accounting for as much as 93% of load (albeit in the middle of the night). As I type, in the early afternoon, generation from wind is a healthy 63%, despite the high load of 213 MW. 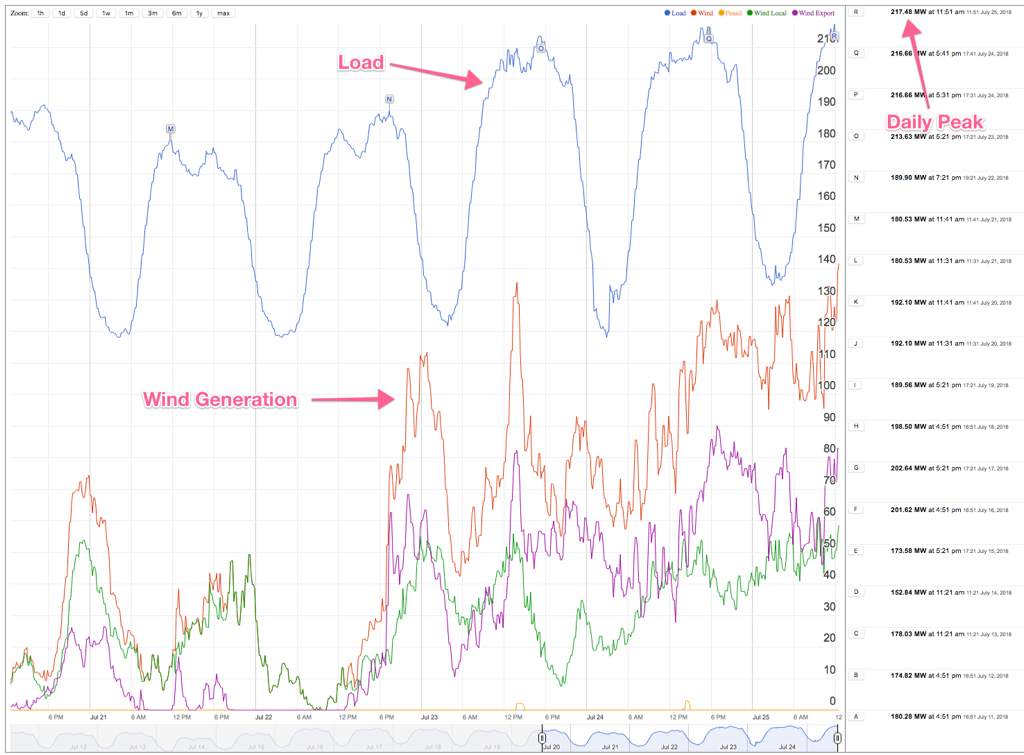 If you’re interested in seeing how the rest of the summer plays out, you can follow along with:

You could also use this time to ponder how you might cool your own spaces using less energy-intensive means (says the lucky fellow ensconced in his naturally cool church basement). Or you could, at the very least, transfer your cooling to the windy times of the day.

Interesting information. I’ve never tracked this sort of information in my area because New Jersey is both extremely hot and humid in the summer months. This week along we’ve had daily highs of 30ºC along with humidity of over 60% and several thunderstorms. My area has had flash flood alerts in place since Sunday.

We have fans in the house but they are not enough and I haven’t felt a breeze in several weeks. If our central air system fails I think we’d be in real trouble.

New Jersey loses people — mostly the elderly and the very young — to heat death every year.