On the way to work this morning I called into CBC Island Morning’s post-show-on-Tuesday community call-in to encourage PEI Home and School Federation member associations to use their March meetings to discuss provincial policy resolutions. When I arrived at the office an hour later, after a meeting, there was an email from personable Island Morning host Matt Rainnie asking me if I’d be able to come into the studio to tape a full-on interview about the topic. I quickly agreed, as I’m always eager to talk about home and school, and I’ve a deep belief in the power of our policy resolutions process.

Time was of the essence, so an hour later I was on the bus to the nearby CBC Prince Edward Island studios, and 15 minutes later I was sitting in the radio studio in front of a microphone: 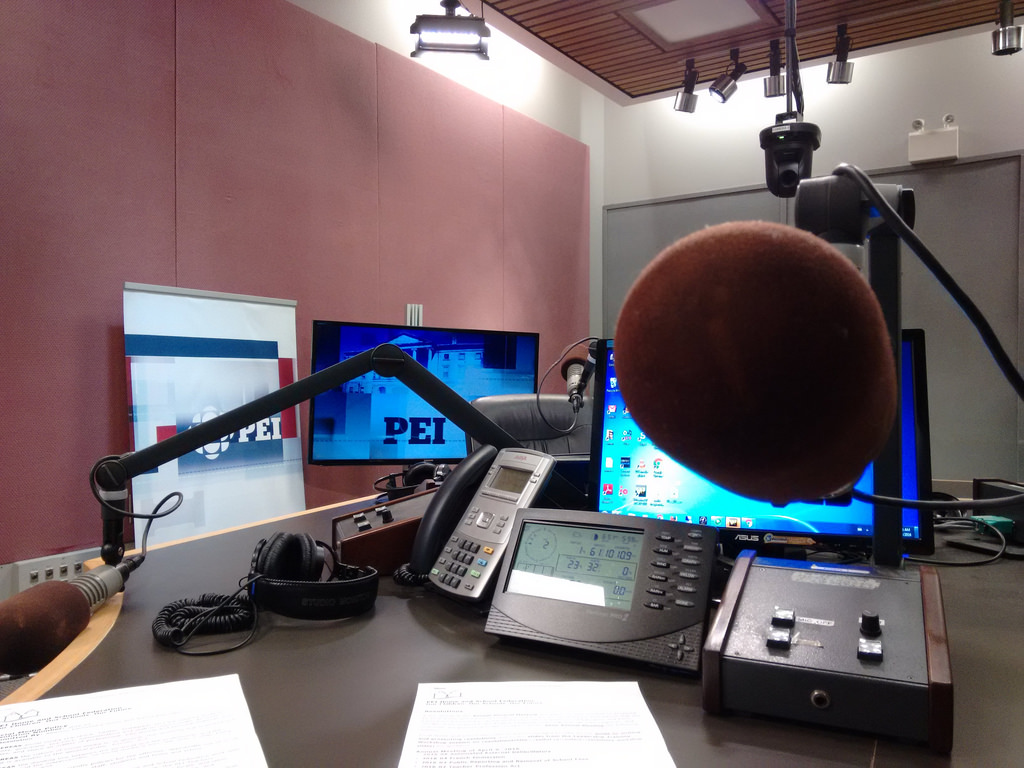 Usually at this point in the being-interviewed-on-the-radio process I’m terrified enough of what’s to come – what if I lose my mind? what if I forget how to speak? what if I call the Premier an idiot by mistake? – that I’ve little time for anything other than worry.

But in this case I was well-versed in the material, and I had a few spare minutes to gather myself as Matt stepped out to grab me a glass of water and to fetch Richie Bolger to run the board. So I had a chance to snap a couple of “behind the mic” pictures.

Here, for example, is what Matt and Mitch see when they’re looking at Richie (except that Richie would be there, behind the glass): 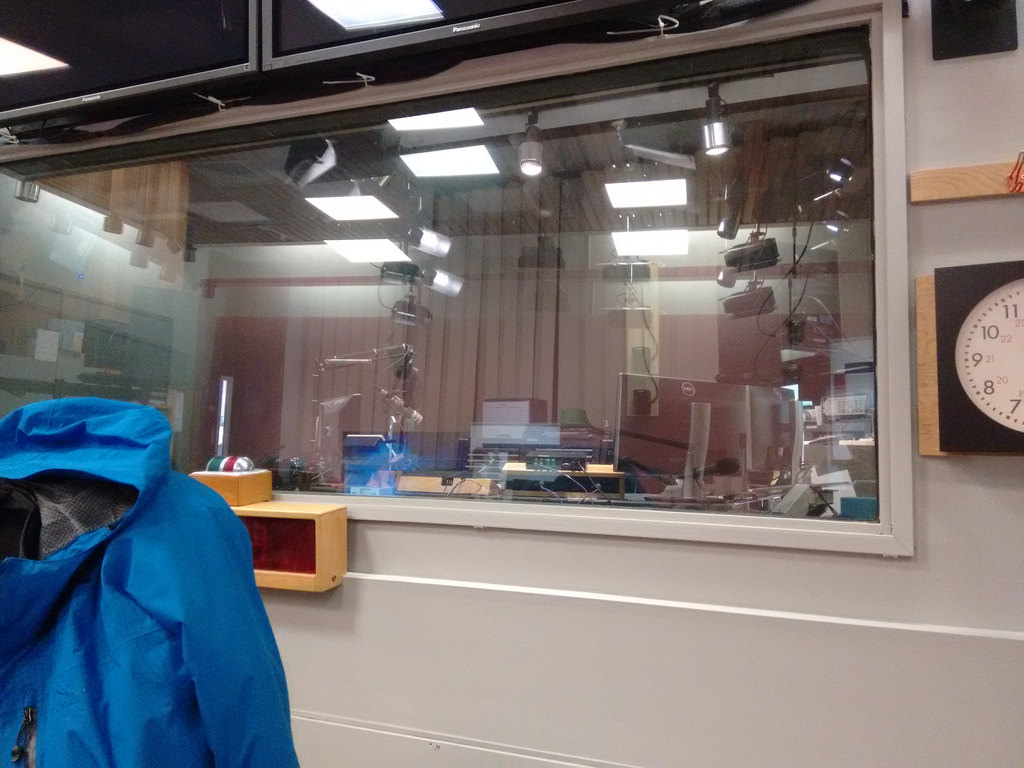 Here’s the display that Mitch and Matt consult when they want to give up to the minute weather conditions from their Vantage Pro 2 weather station: 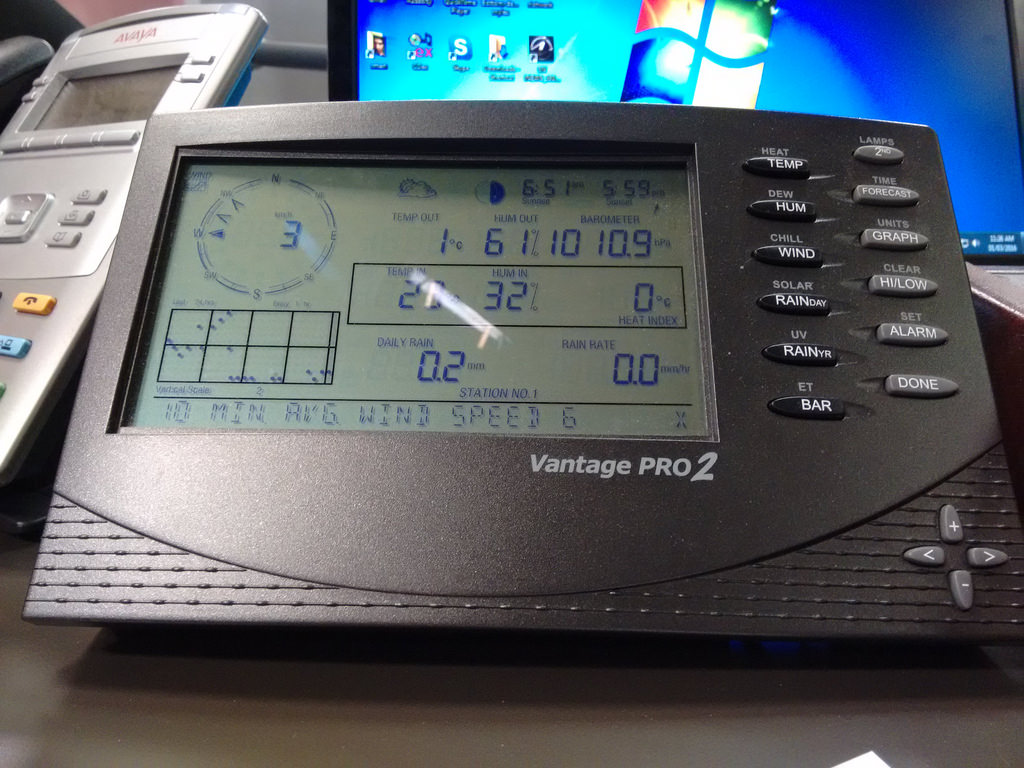 And here’s just a couple of the multiple cameras that facilitate the live broadcast of the show on CBC Television: 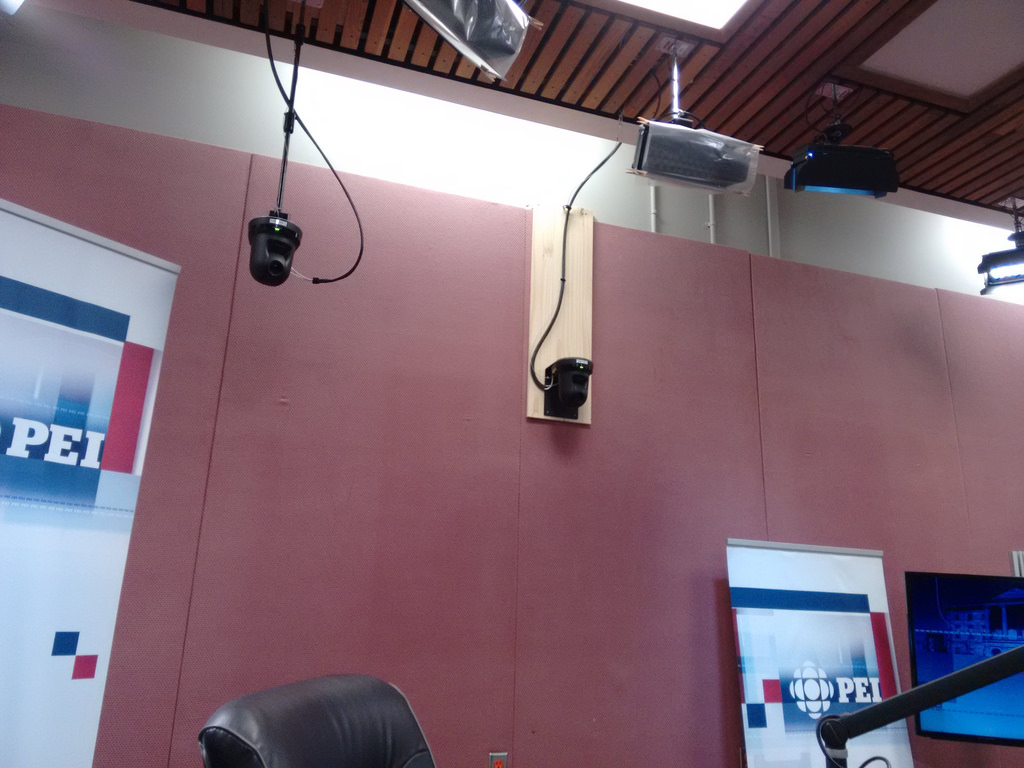 The interview went well, I think – I didn’t lose my mind, forget how to speak, or mistakenly call the Premier an idiot – and on my way out the door I snapped a photo of the rundown whiteboard in the bullpen where the segment was tentatively  slotted for tomorrow morning after 7:00 a.m., right after “Super Tuesday Reax” and before “Bat Maker”: 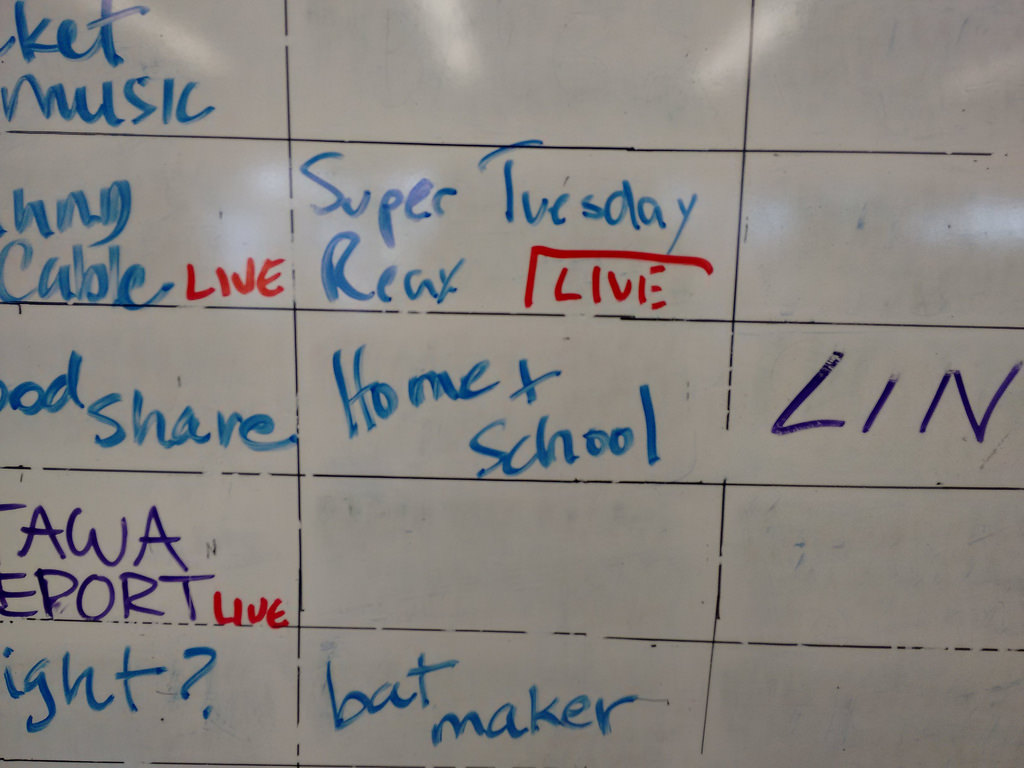