If you’ve ever known any really hardcore cigarette smokers, you may have encountered a situation, say at 3:00 a.m., when you’ve all been up too late, where said smokers run out of cigarettes and are forced to forage for cigarette butts with enough extant tobacco to make lighting them up worthwhile. Really desperate smokers don’t care whether the butts were originally from their cigarettes or not.

It was this same general phenomenon that took me to the Great Canadian Bagel this morning in search of cappuccino. Everything but Cora’s wasn’t open early this Sunday morning (and we all know how that went last week). Even Catherine was still asleep. And so I drove around like a crazy man looking for a cappuccino fix.

I think, as a general rule, it’s good to avoid drinking cappuccino that is dispensed out of something like this: 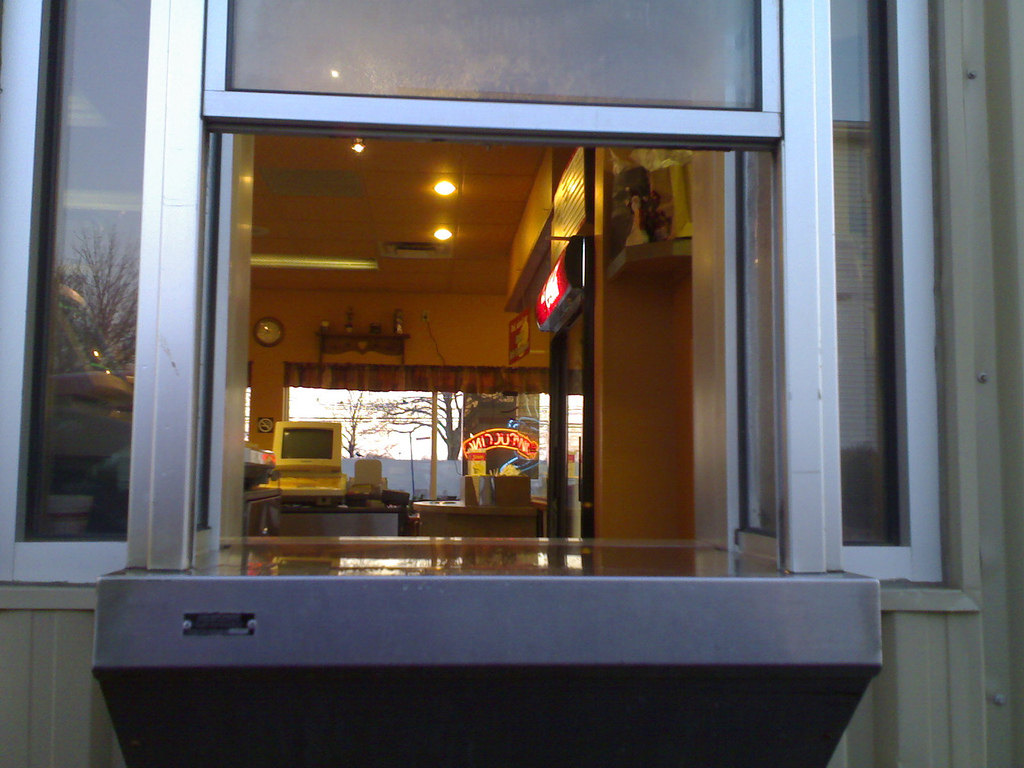 And then there was the “cappuccino” itself: 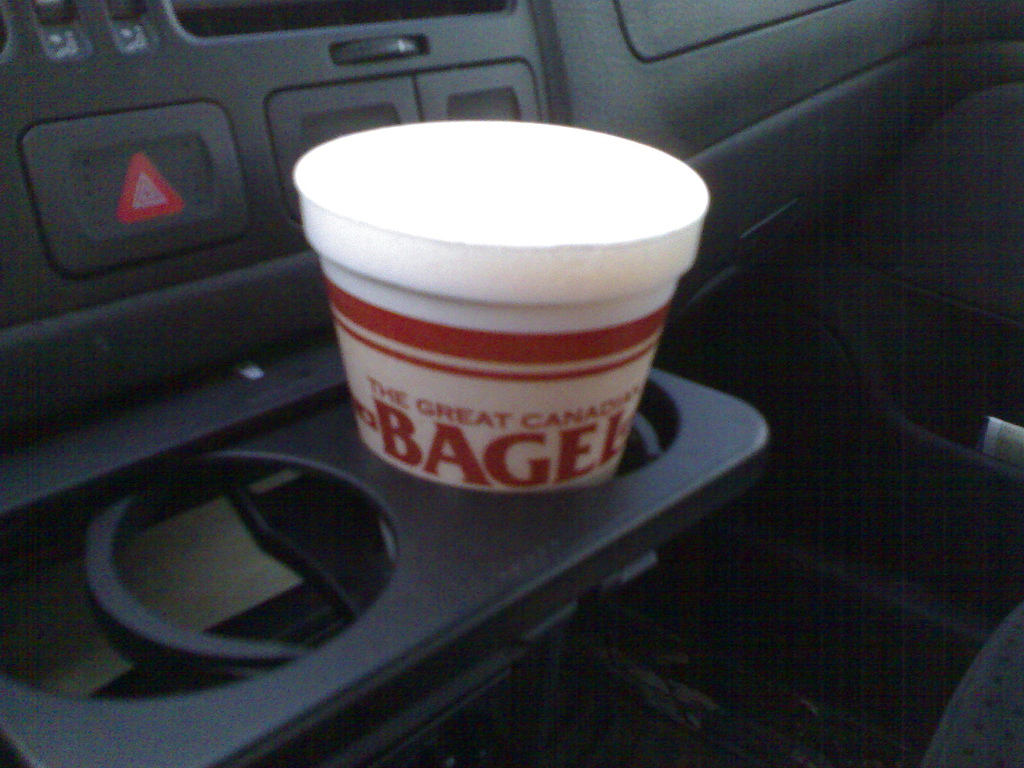 I know, I know: what was I thinking. Separate from the drive-thru problems, I should have known that the Great Canadian Bagel, where all their bagels taste like freeze-dried gloop imported from Mars, wouldn’t have what it takes to turn out good coffee. I was right: what arrived through the drive-thru window tasted approximately like an over-cooked Skor bar dipped in gasoline station coffee. This was “cappuccino” in the same sense that McDonald’s used to make “pizza” and Pat & Willy’s makes “Mexican food.”

Perhaps the other moral of the story is to never go north of Allen Street looking for good coffee. Or, for that matter, never buy cappuccino from your dry cleaner: 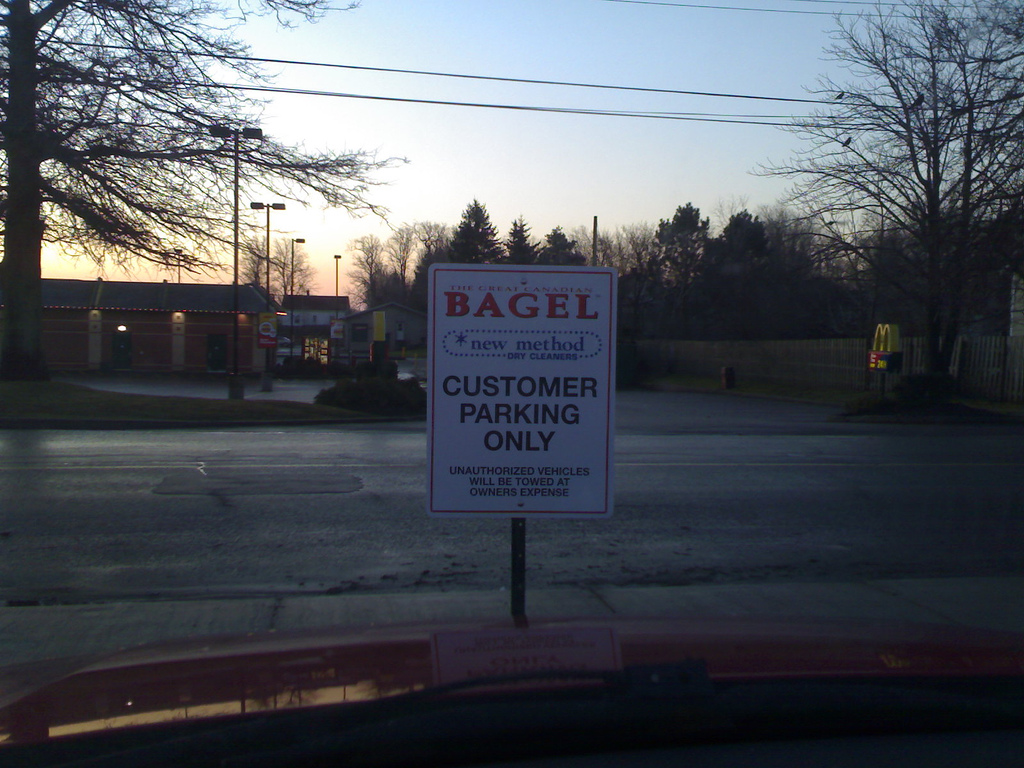 Merry Christmas, Peter. I hope you are all having visions of sugar plums or whatever it is you do around this time of year to fend off the darkness.

I find the Great Canadian Bagel has oddly good coffee, and I enjoy a B.L.T. on a whole-wheat bagel every once and a while. That said, I would never order a cappuccino form them…

Thou reapest what thou didst sow, Peter.