Back in the 1970s I bought myself an iPod Touch almost as soon as they first came on sale, and it’s been an off-and-on part of my digital toolkit ever since. Apple’s done a commendable job, especially when compared to other mobile device vendors, at maintaining software compatibility over the various iPod Touch generations, but in the past couple of months, with iOS now at version four and their modern devices have cameras and gyroscopes and microwave ovens, my ye olde iPod Touch has been left out of the game.

Ditto, for example, wouldn’t run on it (and who wants to feel left out of a Jyri Engstrom social object party). Nor would the new Foursquare client. Or the neato Google app that lets you point a camera at something and automagically identifies it. The FOMO, in other words, was getting to me.

The logical upgrade path, given that I’m carrying around an ancient Nokia N95 in my pocket, would have been to chuck both the N95 and the iPod Touch and get an iPhone. But something buried deep inside me – fear of tribalism? complete vendor lock-in? simple iconoclasm? – prevented me from doing that. And so I bought a brand new 32GB 4th generation iPod Touch last night up at Future Shop (which almost lost the sale; actual conversation: “I’d like to buy an iPod Touch.” “Oh, he’s in a meeting. I can tell him to find you when he comes out.” “But I just want to buy one!” “Okay, I’ll find someone else”). 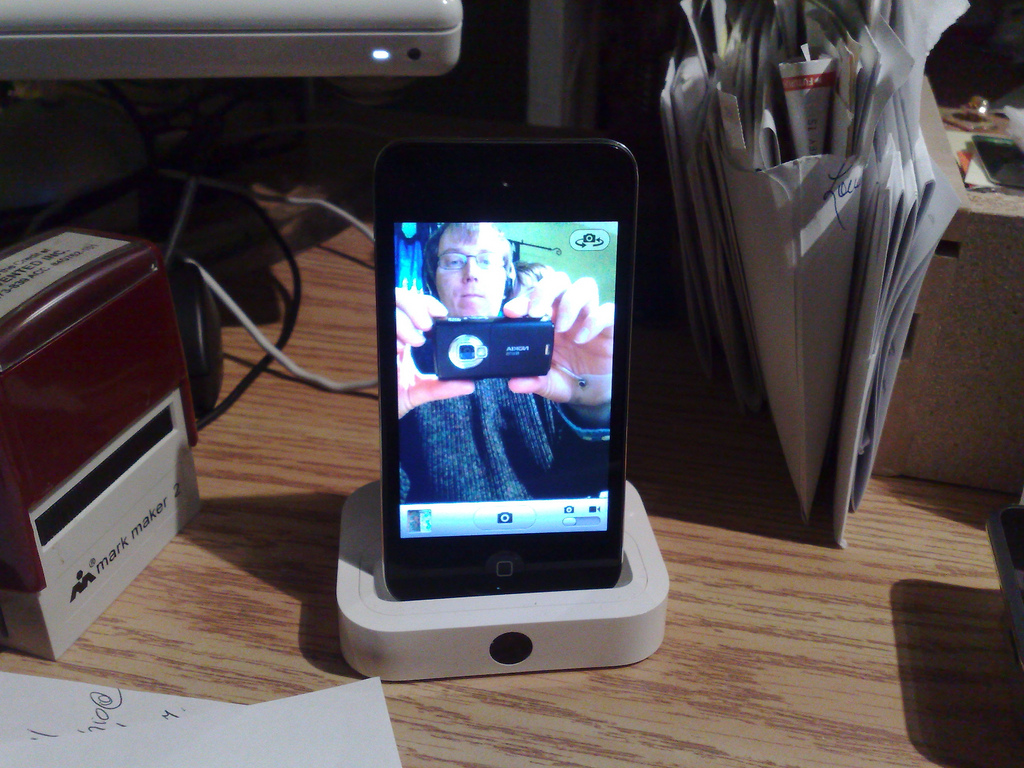 The effect of just a dramatic upgrade is akin to having just discovered the automobile after riding around on a horse all my life (okay, so maybe that’s over-emphasizing the importance of a mobile device in one’s pocket; let’s just say “it’s considerably faster”). Not only is it faster, but it’s got more gizmotronicness. Like the two cameras, the ability to tell where it is, and so on. The cameras have been widely derided by the technorati for being so poor as to not be worthy of a “megapixel” rating. And that’s true. But I think it misses the point: I’m not taking photographs with an iPod to blow up to 8 by 10 prints, I’m taking ephemeral shots meant to be viewed at 500 by 350 pixels. Like this: 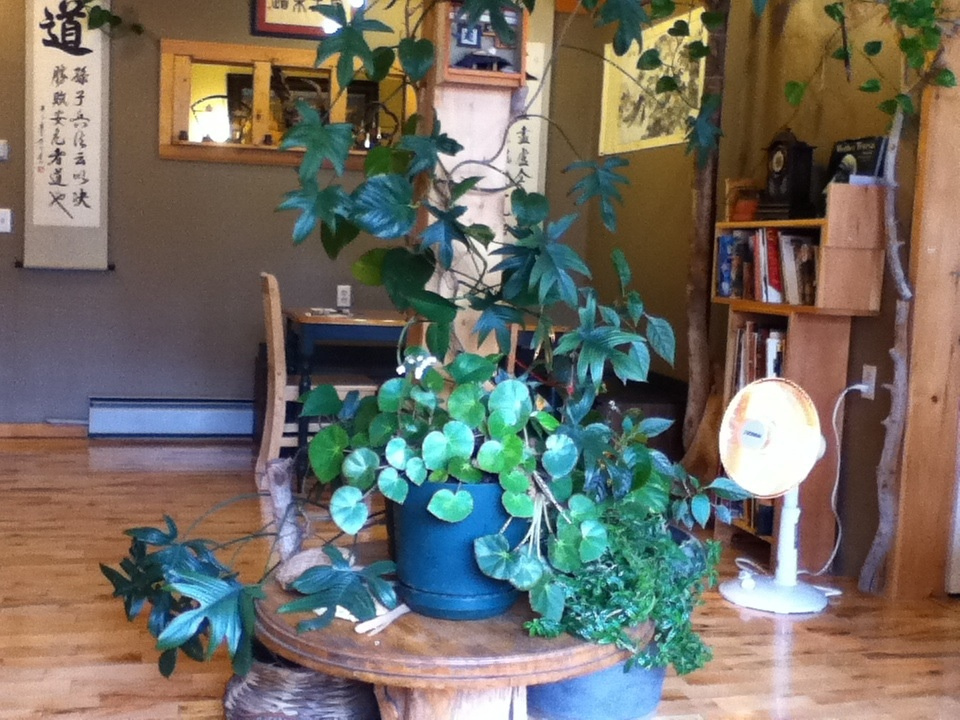 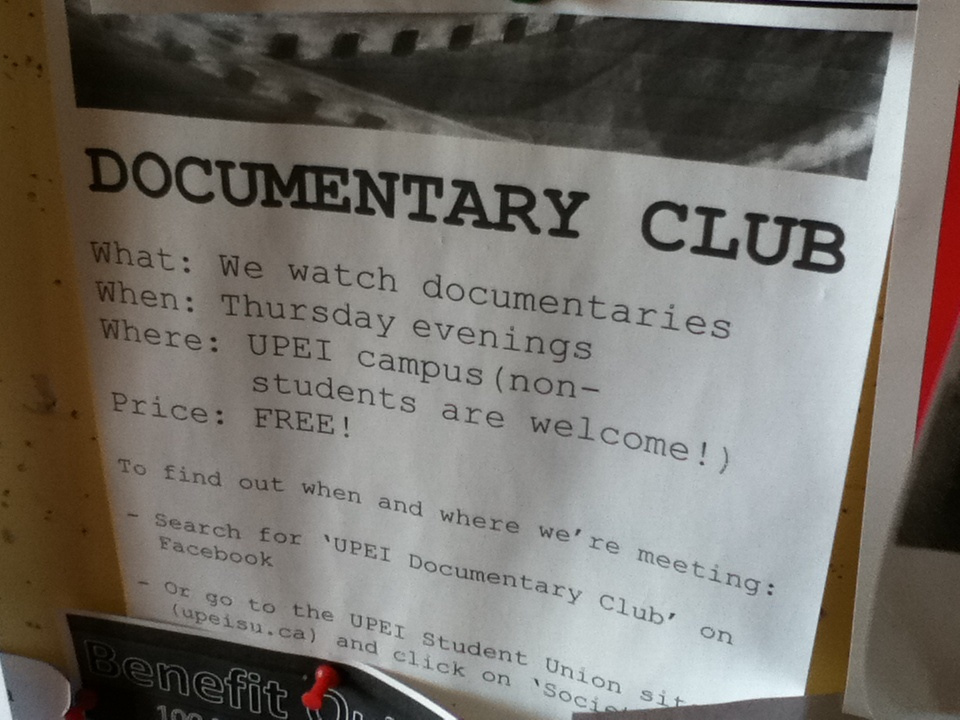 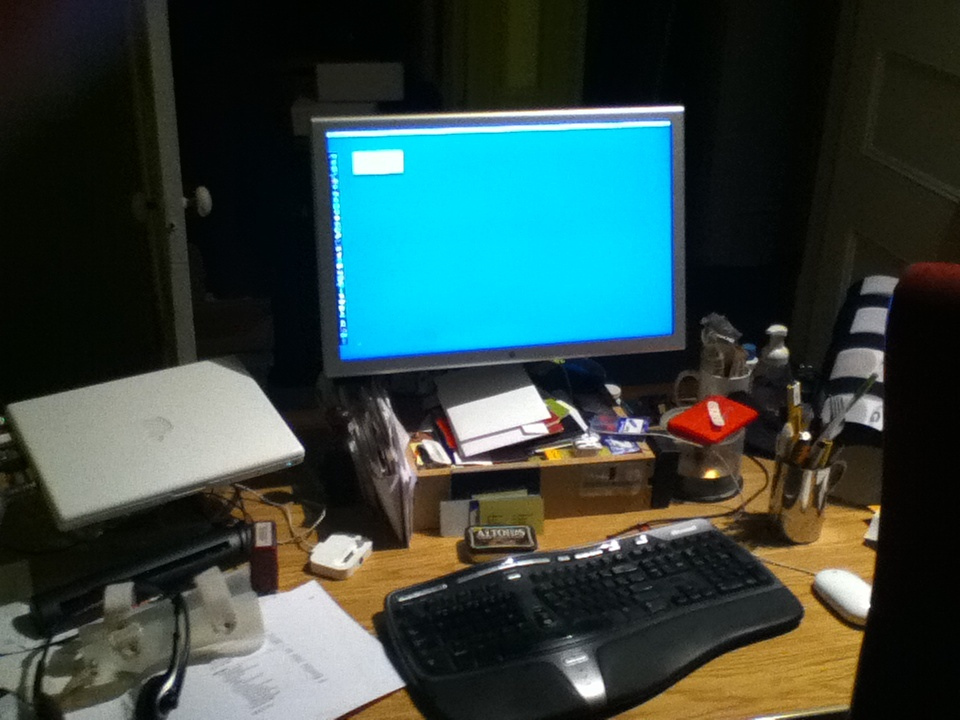 Those aren’t photo-studio-quality photos, but they’re more than enough to suit the purpose, and considerably better than not having a camera at all.

Of course in many ways the last thing I need is another device forcing me into Twitter updates, Foursquare check-ins, compulsive email monitoring and so on. And maybe that’s why I got an iPod Touch instead of an iPhone: at least there are still places on earth free from wifi, and so I’ve bought myself a device with naturally limiting tendencies. That’s probably a good thing.