Next week will be the 15th anniversary of the founding of Reinvented Inc., and the week after that is the 15th anniversary of the ancestor of this blog. For the first 10 years of writing in this space, I used a homebrew system that I hacked together; in July of 2009 I migrated everything into Drupal, coincident with the migration of my longtime client, The Old Farmer’s Almanac, of Almanac.com into Drupal.

By way of celebrating all these anniversaries, as a learning experience, and to get with the times, over the last month I’ve been slowly migrating from ye olde Drupal 6 into sleek, modern Drupal 7. Today I flipped the switch, and if you’re reading this then I was successful.

At the same time as I made this switch, for the first time I am serving ruk.ca from a server that I don’t own: since the site went live in 1999 it has been served by a series of owned-and-operated PCs. In the early days these were housed in the basement of my house at 100 Prince Street; more recently the server, known as “ross” internally, has been based in silverorange’s Fitzroy Street data center.

Starting today the site comes from a virtual server in Amazon Web Services’ North Virginia data center. As much as it pains me to move away from a custom-crafted piece of hardware that I can see and touch with my own eyes, that the power supply on “ross” died a month ago served only to reinforce to me that it would be kind of nice not have to worry about keeping the now-decade-old piece of iron rattling along.  And, besides, I use Amazon’s product every day otherwise, and I have come to have a grudging love for it: it’s feature-rich, hits a good sweet spot between 100% DIY and completely-managed, and it’s relatively inexpensive (it costs me 7 cents an hour to run this server).

There are a few other changes around here that came as a part of this big migration:

There will likely be a few broken links and other things you’ve come to know and love; I’ll be mopping up the damage over the next few weeks. In the meantime, I look forward to another 15 years of writing about what’s happening.

For posterity, and to show off the throughput of the new digs, here’s an Apache ab test on the old site:

And here’s the same test on the new site:

For the technically-minded among you, the server now uses an Amazon Web Services m3.medium instance with 3.75 GB of RAM, 1 “virtual CPU unit” and a single 4GB SSD root drive supplemented by a 20GB EBS volume; this replaces “ross,” a 10-year-old plain vanilla PC with 1GB of RAM and a processor so old that it likely doesn’t compare at all in the modern era. 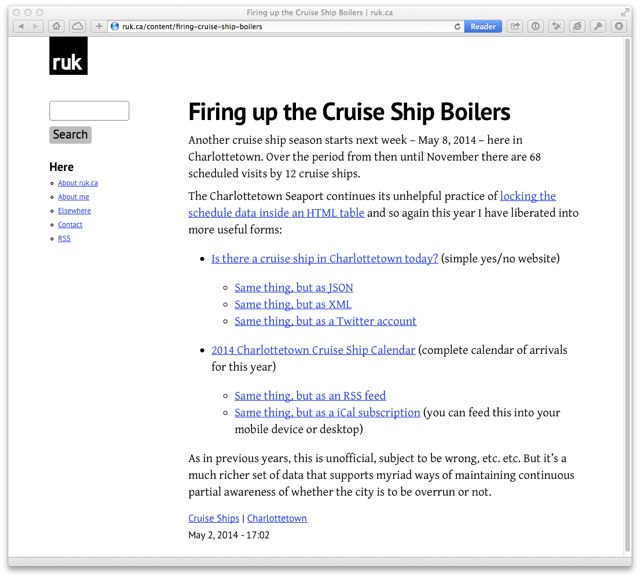 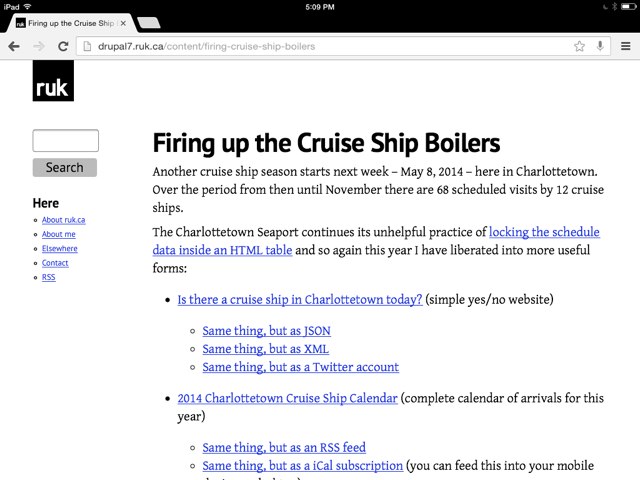 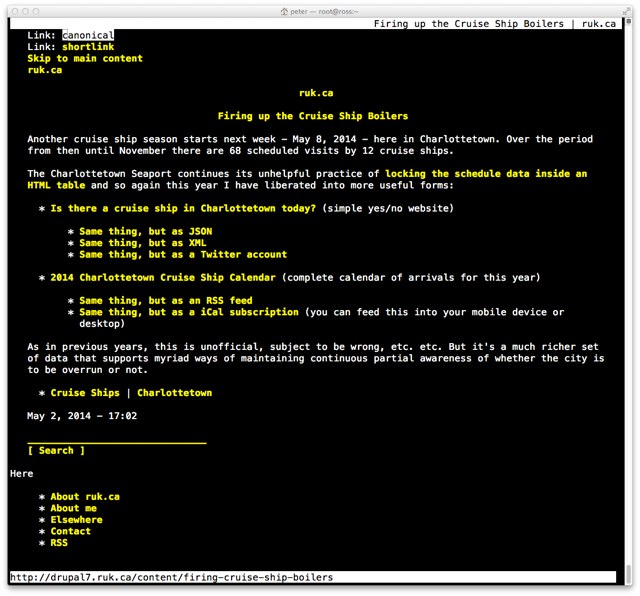 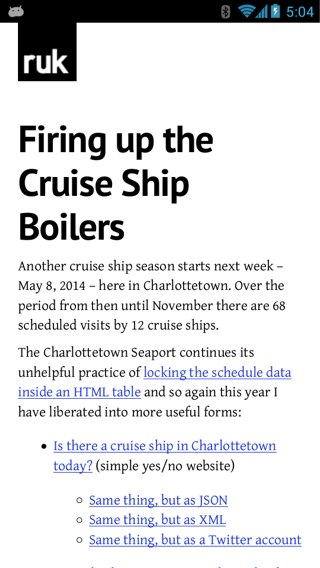