Part of the hold that the process of dying has on us is that we shy from talking about it, sharing images of it. It remains, thus, a more powerful, frightening mystery than it need be.

Looking through Catherine’s photos this morning, I found this one, which I took with her phone on January 1, 2020, the day she moved from the emergency room of the Queen Elizabeth Hospital into the PEI Palliative Care Centre.

This is the room in which Catherine died, although in this photo she’s still very much alive. Still in thrall of morphine toxicity (which explains the position of her hands, which were weaving patterns of delirium for several days), but on her way out of it and back, for a time, to us.

The chair Oliver is sitting in was the chair I slept in for the last week of her life, moved up against her bed. It’s the chair I was sitting in at the moment she died; I was holding her hand.

The sunshine coming through the window is sunshine that arrived every afternoon, through the large windows in Catherine’s room, windows that overlooked a forest, and a bird feeder.

On the shelf behind Oliver is a photo we brought from home, a photo of the happy three of us taken when Oliver was little. 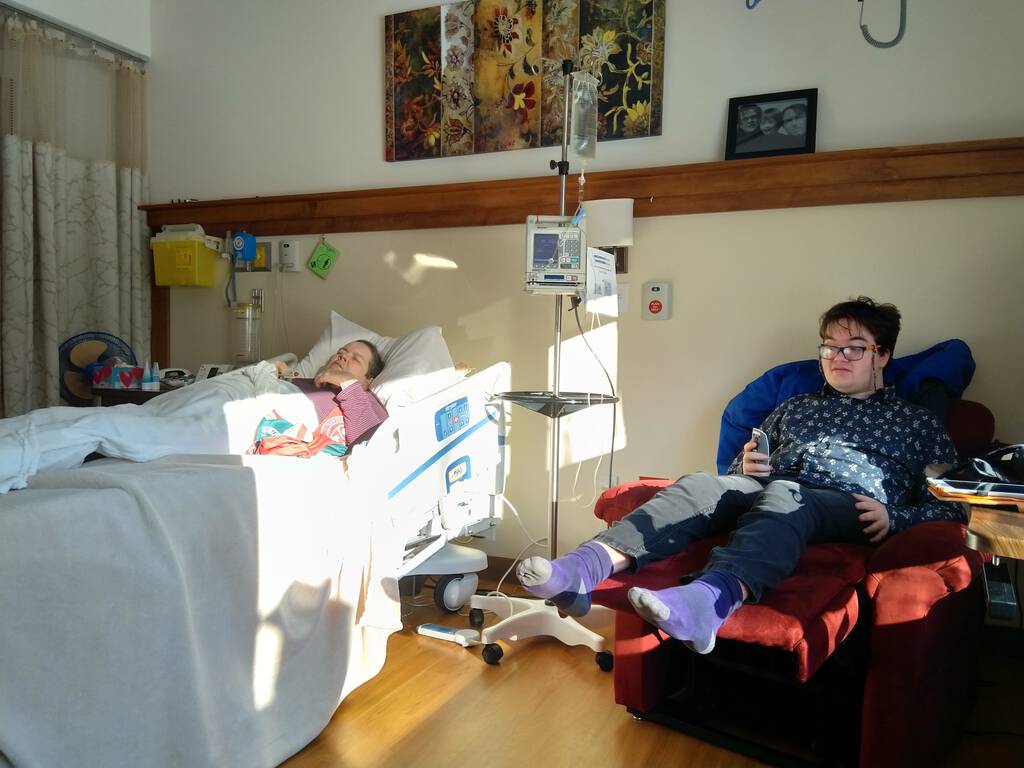 You would think that, looking at this photo three months after Catherine died, I would find it depressing, that I would wish to avert my eyes.

There is so much love in that room.

And the love shines through in your writing.

I'm so glad you were able to share that journey with Catherine.