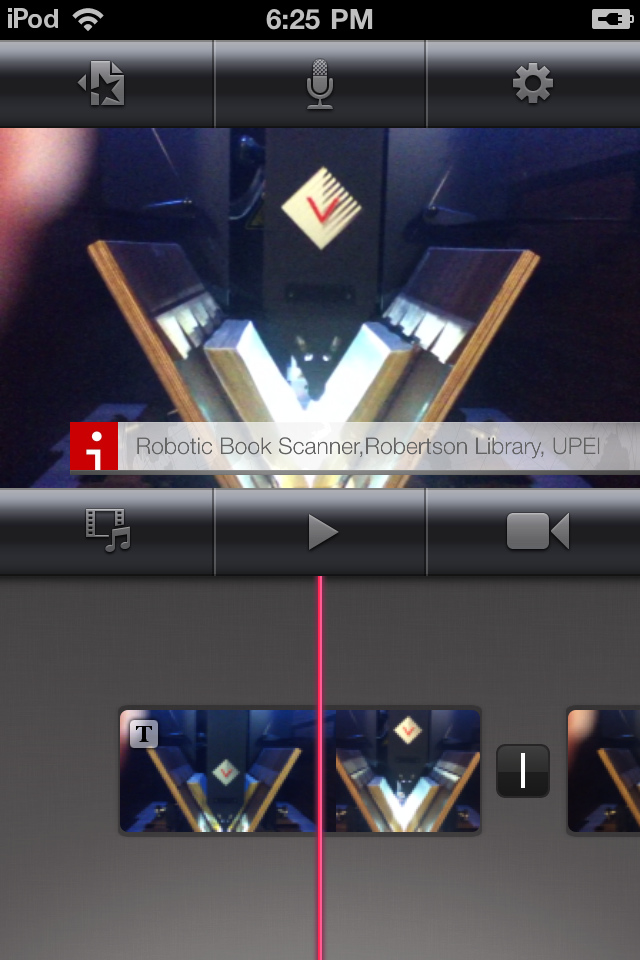 iMovie for the iPod Touch (and iPad and iPhone, etc.) is a truly wonderful product. It doesn’t come pre-installed on these devices — it’s a cheap $4.99 purchase from the App Store — so it’s an app that a lot of iOS device owners may have yet to learn the joys of.

Suffice to say, it’s an elegant, simple app for doing basic video editing: you shoot video on your device (and the iPod Touch has an HD video camera in it that can shoot pretty good video) and then load it into iMovie on the device where you can combine or split clips, add titles and transitions, and upload to any or all of YouTube, Vimeo, Facebook or even CNN.

I shot, edited and uploaded this video of Tim Hortons and this one of the UPEI book scanner entirely on my 4th generation iPod Touch (the book scanner video I shot at UPEI, edited on the bus ride back, and uploaded to YouTube once I got back to the office).

Editing video on a laptop or desktop Mac is still pretty great (and you can do things with the Mac OS iMovie that you can’t do in the iOS version), but to avoid the rigamarole of transferring the video from the device to the desktop, to say nothing of the intuitiveness-bump that being able to touch the video provides, makes iMovie for iOS devices a must-have if you’re going to shoot video on your device.

(All of which makes me wonder: why are Brian Higgins and the other video-journalists carrying around heavy Sony cameras when they could shoot, edit and upload to Compass all from a device they could fit in their pocket?)