Last May I was in London for the St Bride Foundation Wayzgoose, and I snapped a photo of St Bride’s Church while in the neighbourhood.

Earlier this week I came across that photo, and thought it a good basis for an after-the-fact sketch in pen.

This is what resulted: 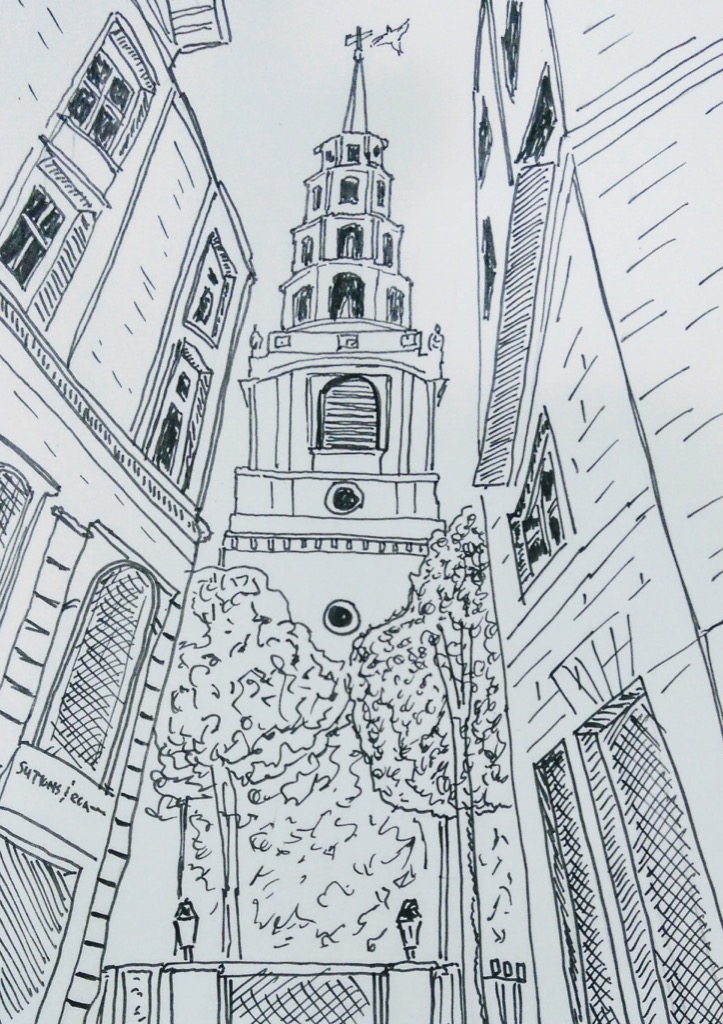 My favourite part of the sketch, other than mostly getting the wedding-cake-like spire satisfyingly reasonable, is the bird that I’d not seen until I zoomed in, flying right by the tip of the spire when I snapped the photo.

The buildings “leaning in” on the sides–a visual artifact of the angle I took the photo at, and the magic of perspective–were tricky, and I did not achieve a level of satisfying reasonableness with them.

And the tress were a little squidgy.