On the wall of the elevator at Hyndman and Company, my insurance broker, is this sign: 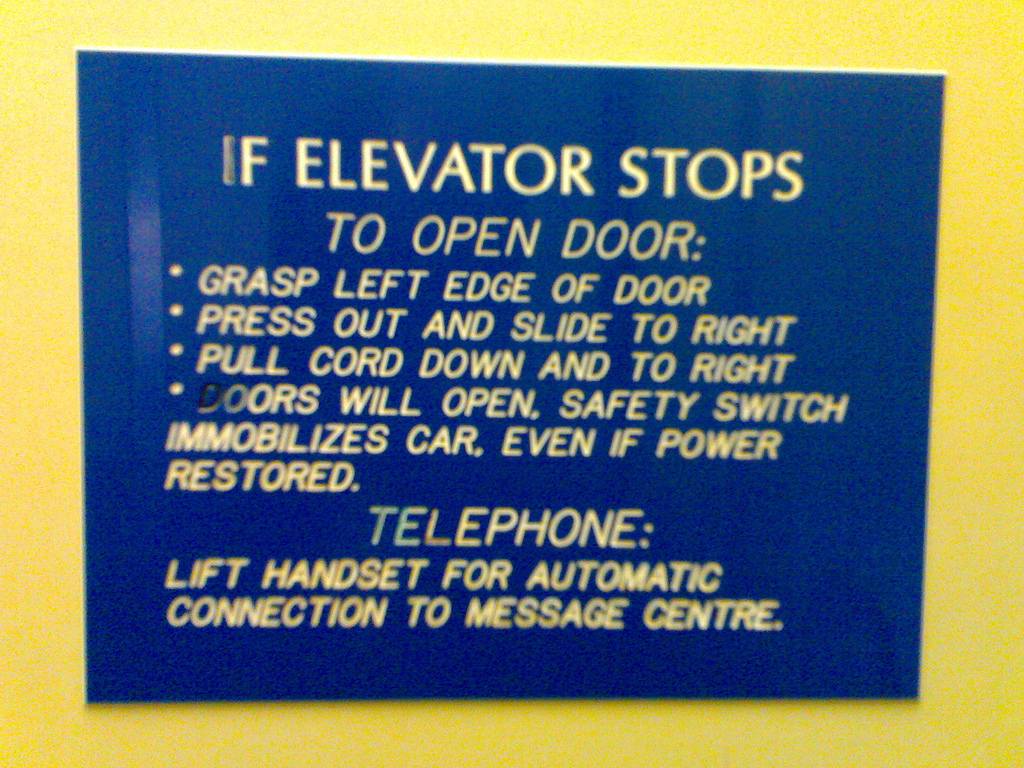 The sign, as you might imagine, does not inspire confidence in the fitness of the elevator: it seems more complicated to deal with a stopped elevator than it does to deal with a downed airplane.

The only time I’ve ever been in an elevator that actually did stop was when I lived on the 29th floor of an apartment building in downtown Montreal. One day the elevator just stopped moving between floor 27 and 28. My displeasure at being trapped was mitigated by the sudden opportunity to use the elevator telephone; unfortunately I opened the door to said phone only to find that the handset cord was dangling free, disconnected from the elevator itself. Fortunately the elevator started moved a few minutes later, seemingly of its own volition.

Here in Charlottetown most if not all of the elevator phones ring into one place: the “Message Centre” on Grafton Street at the corner of Hensley. They’re the same people who answer for our home alarm system, and they’ll also take your call if you want to make a reservation at a national park campground in Canada. One wall their “command centre” is covered with old black telephones that ring when someone picks up a phone in a Charlottetown elevator.