This is a picture of a situation that, in the world of pedestrian traffic signals, should never happen: the “walk” signal is still counting down while the light for cars is red, and the light for cars crossing is green. It’s at the north-east corner of Prince and Grafton Streets in Charlottetown, and it’s a signal that’s been problematic for at least a month. 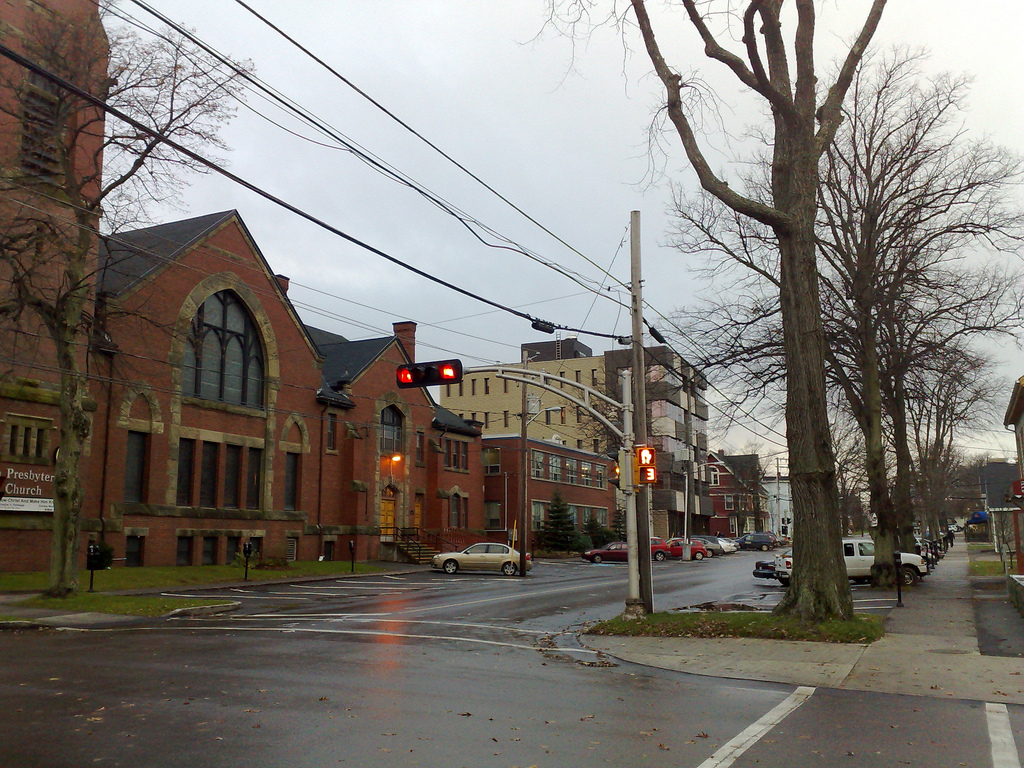 I’m the kind of person who sees things like this and immediately runs a thousand mental scenarios, most of them involving frazzled parents with multiple children, that all end up with someone getting run over by a transport truck; many Charlottetown drivers don’t pay attention to the signals when they’re working – who knows what happens when they’re broken.

And so I immediately called the City of Charlottetown Public Works Emergency After-Hours line, thinking, naively it appears, that they’d send someone right out: even settings aside the possible real dangers, traffic lights only work because we believe in them, and as soon as there are cracks in that, everything starts to fall apart.

And, besides, if the pedestrian signals were malfunctioning, who’s to say that the signals for cars, presumably controlled by the same box, wouldn’t start misbehaving too, and then you’d be talking about doubly real problems.

I waited a few days for the problem to be fixed. It seemed to correct itself, at least partially: the countdown timer stopped working completely. Then it started up again. I waited another week, and then sent a follow-up email to Public Works. I got a quick reply – “We have asked our electrical contractor to review and seek repair.” – and then nothing.

This morning I emailed the chairs of the Police and the Public Works committees, as well as our new councillor for ward one, and I just heard back from the chair of Public Works, Terry Bernard:

I have received word that the pedestrian signals are malfunctioning and can not be repaired. We ordered new ones today due to arrive Tues next week and will be installed then.

While it’s nice to hear that the problem has been identified and will be solved, surely a problem as serious as this shouldn’t take this sort of effort to get solved, should it?

This is a lawsuit waiting to happen. As a parent, it’s terrifying to think about how easily kids could be confused by the conflicting signals.

Why not go tape a piece of cardboard over it in the meantime with “out of service” on it in the typeface of your choice. Maybe put the date of the next committee meeting on there too?

Have you seen these?
http://www.yankodesign.com/201…