The summer programming in the theatre here at The Guild–a theatre located mere inches of drywall away from where I work away each day–includes Anne & Gilbert, Seussical Jr. and Dreamworks Madagascar A Musical Adventure Jr. running in repertory.

Because the managers of The Guild are frugal, the air conditioning in the building is only turned on when there are to be theatre patrons in the building for a show; otherwise we are left to sweat in squalor.

Today’s morning performance was Seussical Jr. at 11:00 a.m., and, sure enough, my temperature logger here in the Reinventorium shows the temperature starting to drop from an overnight high of 25ºC starting at 9:30 a.m., hitting a low of 20ºC almost right on the button for the 11:00 a.m. show start. Once the show was over, and the crowd dispersed, at 12:30 p.m. the temperature started to go up, and as I type this at 3:30 p.m., it’s up to 26ºC, which is only 1ºC cooler than the outside temperature. 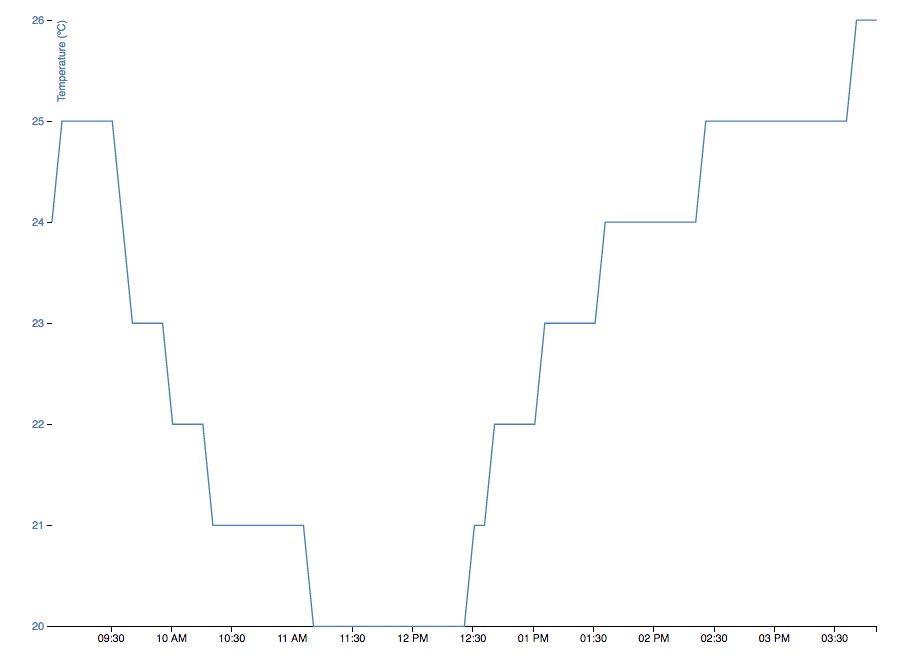 The humidity followed a similar progression, taking a dip from 50% down to 44% starting at 9:30 a.m. and then gradually creeping back up (presumably, in part, because of the number of breathing patrons in the theatre), and then, with the air conditioning off at 12:30 p.m., taking a jump up to 52%. As I type it’s hovering around 50%. 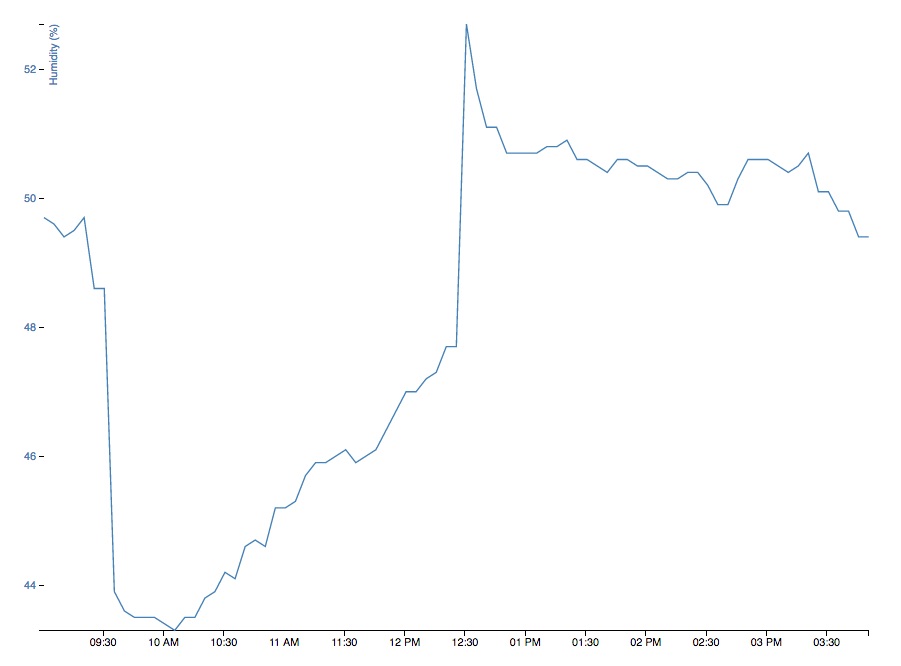 Here’s a Humidex chart, originally from Environment Canada, that I pulled from the Canadian Centre for Occupational Health and Safety; it shows the “degree of comfort” for various combinations of temperature and humidity: 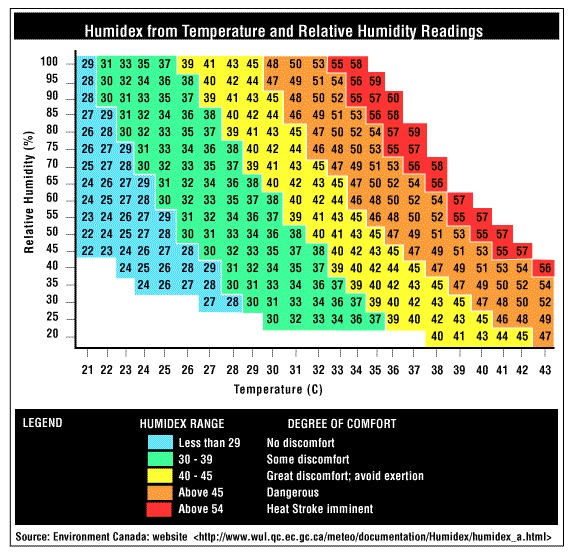 So at showtime, with a temperature of 20ºC and a humidity of 45%, the Humidex was 22, or “no discomfort.” I can attest to this: it was a very pleasant work environment.

Now I’m not exactly exerting myself physically as I tap away at the keys here, so, even if we moved into the “great discomfort” range, I would likely be in little risk of heat stroke (even if I would feel as if in the rain forest).

The interesting aspect to all of this, however, is how I’ve developed a Pavlovian response to the presence of musical theatre in my midst.

No matter the degree of joy that the singing children bring to themselves and to the audience, you might think that you can only listen to “I like to move it, move it” so many times before you wish ill of those behind the 4th wall, but this is significantly mitigated by the improved working conditions that “I like to move it, move it” brings with it via its air conditioned comfort.

To the point where I now look forward to the stirring courses of Anne, King Julien and The Cat in the Hat.

Such is life here abreast the theatre.