Once I discovered that I had a letterpress cut of Alex B. Campbell’s signature in my collection, I needed to print something that took advantage of this lucky happenstance. And I found my inspiration in his biography, a passage from a speech he delivered at the Canadian National Exhibition in 1967 that came to be called the “I am a Canadian” speech: 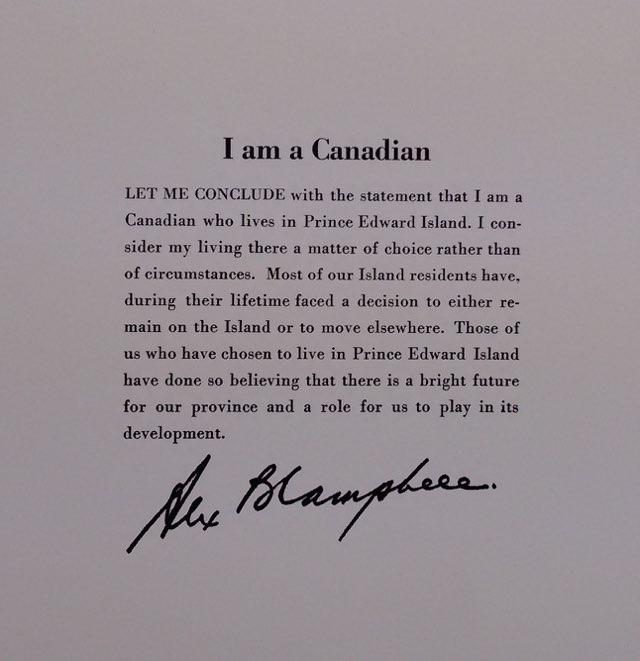 This was a two month project–two months with lots of breaks along the way, so really only a day here and a day there. If you look at the original typesetting you’ll see that I started off with the text ragged right, but I took the extra step of justifying it, and I’m very happy with the result.

The small caps of “LET ME CONCLUDE” are a hack: otherwise it was too difficulty to make the justification work without some additional hyphenation.

And I’ve debated the capitalization of “am” in the heading with several people, but always came out believing it should be lower case: partly for stylistic reasons, and partly to avoid conflation with the “I Am Canadian” campaign. Even if it is, according to grammar, Wrong.

It took a lot of adjusting of the Golding Jobber № 8 press to get even impression across the text; it’s still not perfect, but it’s much, much better than when I started.

The sentiment of the passage is one I deeply believe in myself – why else would I live here? 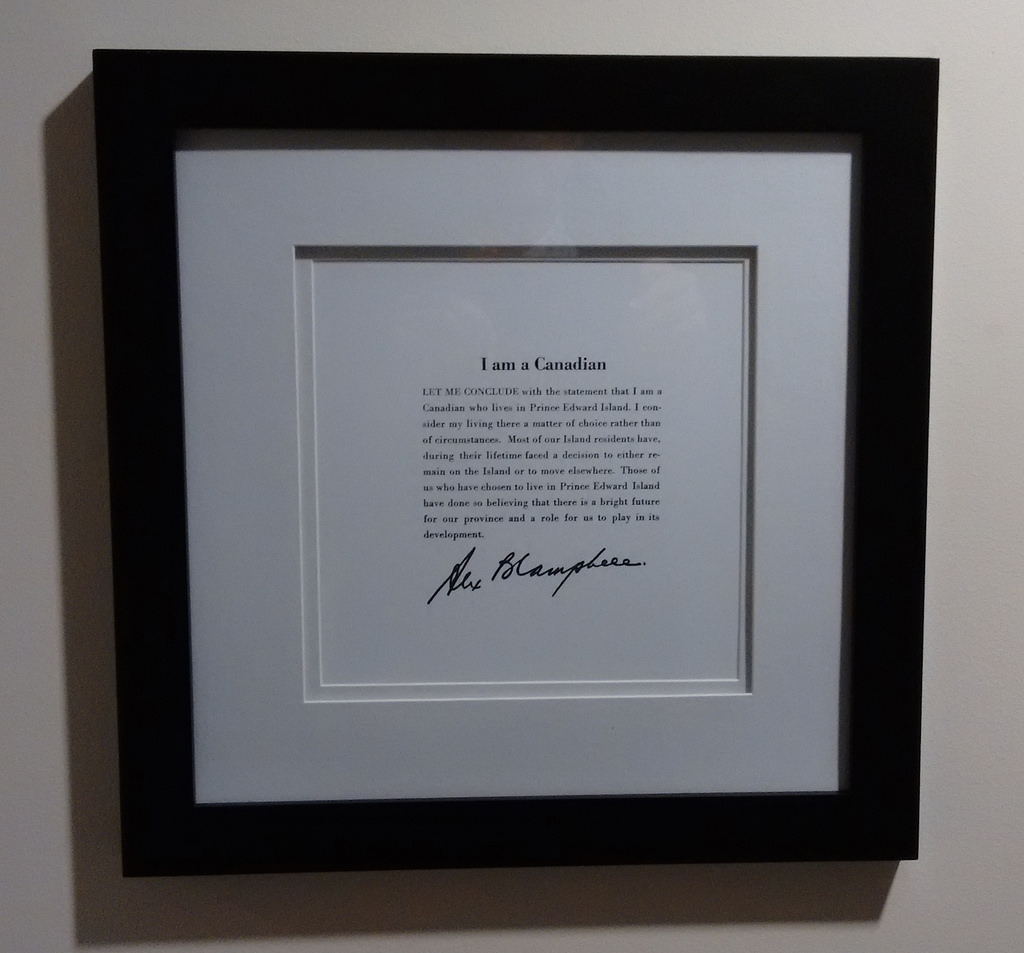 This is a great quote & print Peter, I would love a copy if you have any from the run.