A year ago last week, Oliver and I attended “meet the teacher night” at Colonel Gray High School, where Oliver was just starting grade 10.

We gathered with other parents, guardians and students in the school’s cafeteria, and started the night with an introduction to the new school Principal, Dominique Lecours.

Principal Lecours, among other things, spoke proudly of the Danny Murphy Wellness Room, a new facility added to the school that summer that would give students improved access to exercise equipment, weights, and space for activities like yoga.

Oliver and I both noticed that there was some irony in the fact that while she was speaking on the importance of wellness, off to her left was a bank of soda machines selling decidedly unhealthy sugar-sweetened beverages and snacks.

After the formal proceedings, we introduced ourselves to Principal Lecours, and I mentioned my concerns about the soda machines, and she committed to looking into the issue in the weeks to come.

It was an issue we returned to several times over the last school year at Home & School meetings at Colonel Gray, with support from the Healthy Eating Alliance and others, and we committed our support to the school toward seeing the machines removed or replaced.

By the last meeting of the year, in June, the machines were, alas, still there, and I was resigned to the notion that they might be there forever.

At the same meeting, however, Principal Lecours expressed enthusiasm for the new-style water-bottle-refilling fountains that had been installed in the school, and a wish that we could install more. The home and school eagerly embraced this idea, and I promised to see if we could assist practically in some way.

In short order I made contact with Ramona Doyle, the City of Charlottetown’s Sustainability Officer, and Ramona directed me to Betty Pryor, the Charlottetown Water and Sewer Utility Projects Officer, and, after Betty suggested that some help might possibly be forthcoming, I connected her with Principal Lecours and stepped out of the picture.

Last night, a year after our first meeting at the school, we returned to “meet the teacher night” for grade 11, and we were dismayed to see the soda machines were still in place.

Closer examination, however, showed that they were empty:

Again, after the formal proceedings, Oliver and I approached Principal Lecours, this time simply to say hello.

“I’m not going to ask you about the soda machines,” I said, wanting to start the school year on a high note.

“No,” she replied, “I was hoping you would be here: ask me about the soda machines.”

What’s more, Principal Lecours added, the City of Charlottetown had stepped up to fund a new water fountain on the first floor, near the library, and she proudly walked over to show it to us: 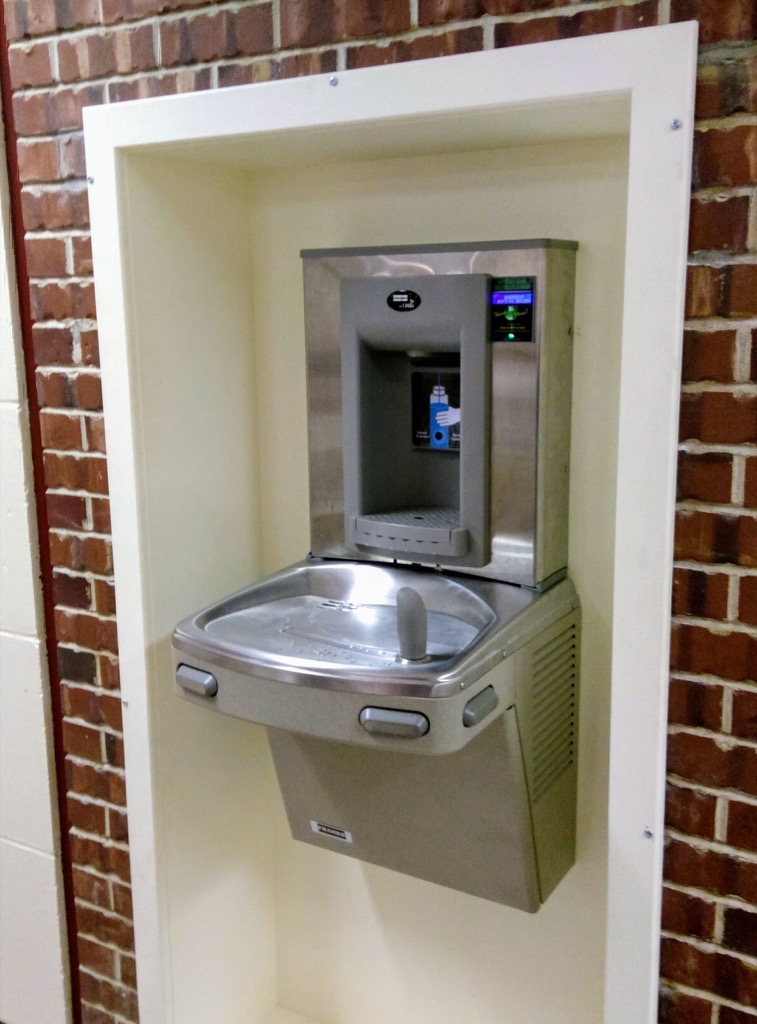 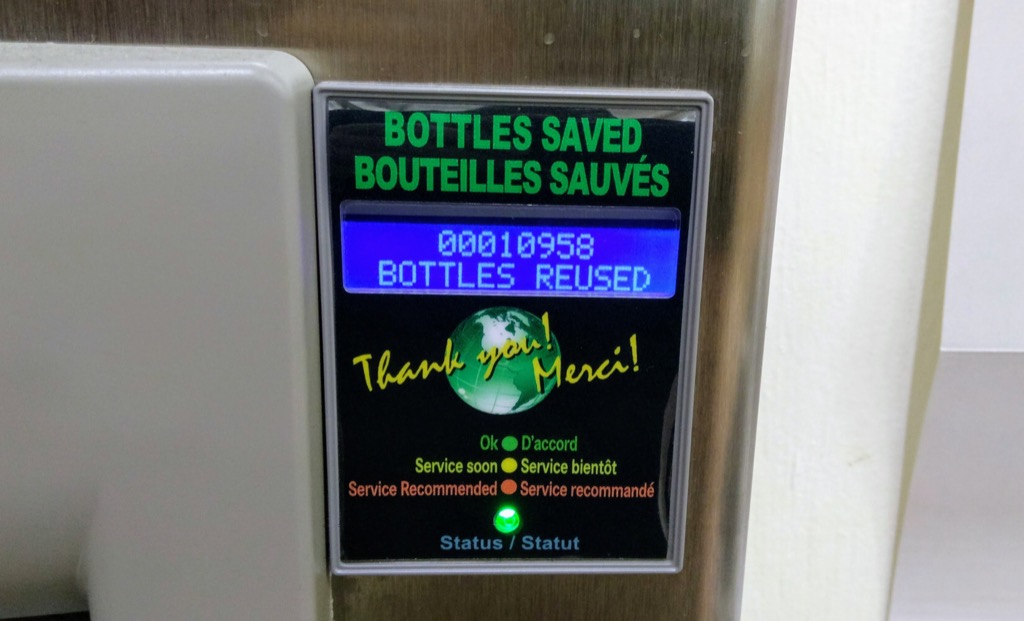 All the parties in this process deserve a round of applause for their action: Principal Lecours and her staff, the team that figured out the tricky masonry and plumbing job needed to install the fountain in a brick wall, Betty Pryor and Ramona Doyle at the City of Charlottetown, the Healthy Eating Alliance for doing the groundwork on this issue for many years, members of the Home & School for keeping the issue alive over last year, and Sharla Goodwin for working with the school on finding healthier alternatives.

While I’m incredibly happy to see these changes coming, my greatest source of satisfaction is that Oliver got to see, over the arc of a year, how you can raise concerns, patiently bring them forward and connect supporters together, and achieve real action on issues that concern you.

I’m forever telling Oliver that “for every problem there is a solution,” and this was a chance to demonstrate that.

Next time you’re at Colonel Gray, take a bottle and fill it up with water, take note of the counter, and tip your hat in thanks.

I owe an additional note of thanks to Leo Broderick and Mary Boyd, who started the discussion on water in schools almost 10 years ago, as I reported after a meeting where they presented to the school board on the issue.

Bottled water will still be sold in the school after the changes at Colonel Gray, but in the same room as a dispenser that will provide high quality municipal tap water for free; I hope this is a situation where the market decides, with time, that there’s no margin in selling water. We shall see.

That is great. I other Provinces it took the Min of Education to move things forward. Maybe in PEI if the government made soda machines illegal, open the door to healthy eating etc it would help. We need leadership.