Do you have a stat / graph showing how much of the year we do not use fossil fuel? Are we gaining year over year?

I have been archiving data on Prince Edward Island’s electricity generation and load since November 2013, every 15 minutes (with some gaps in the data when the provincial monitoring feed had technical issues). I’ve archived 160,713 samples to date. Of those samples, in 9,307 (6%) of them did PEI wind energy generation exceed PEI wind energy load, turning the Island into a net energy exporter.

On a year by year basis it looks like this:

Note that the “percentage” figure in the table does not represent the “percentage of PEI’s electricity load that was generated from the wind”; what it does represent, simply, is the number of times in a year when, during a 15 minute interval, wind energy generation exceeded load, turning the Island into an energy exporter (and, in theory, making us “zero carbon” for electricity). 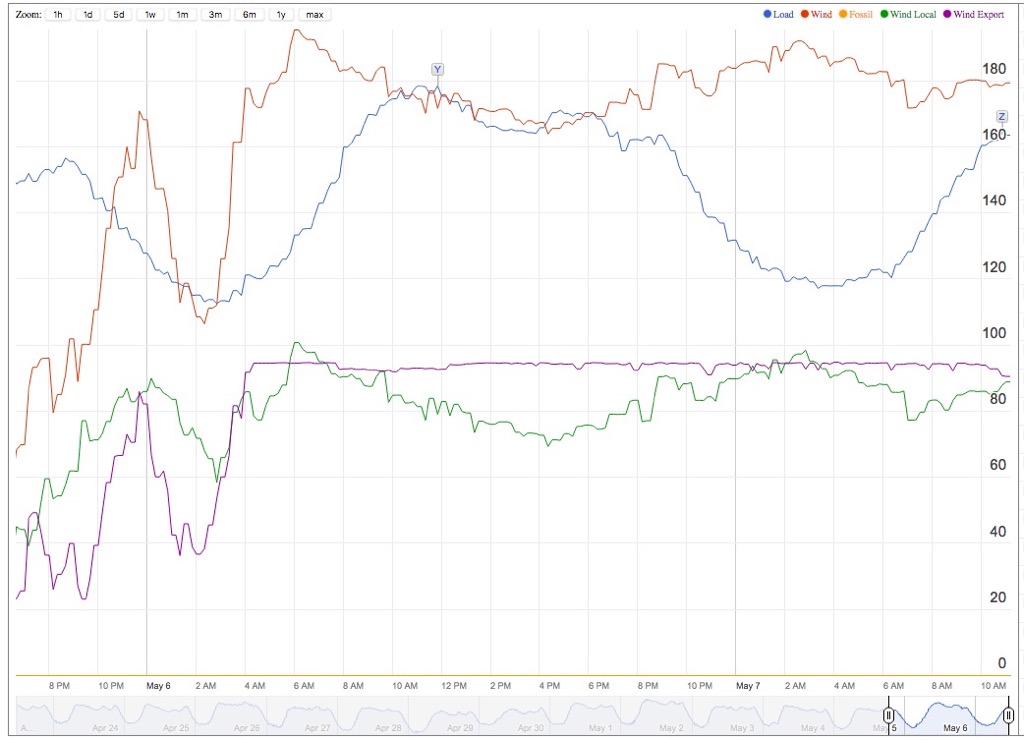 A reminder that you can follow along using the handy mobile-friendly page at pei.consuming.ca or, for more context, this 14 day chart.

Fantastic to see such extensive data crunched into a format that is easy to use and understand. If you ever have the inclination it would also be interesting to see the net surplus/deficit over a yearly period to put into context the implications over a larger time-frame. Thanks again for sharing your work!