Because I was raised in an era when we were willing to conceive of mobile devices as servers as much as clients, it’s always bothered me that the ability to mount an Android phone’s storage on a desktop PC or Mac disappeared when Google removed USB Mass Storage Mode from its operating system.

My phone is a powerful sensor array, it can have a Linux command line, making it a programmable mobile powerhouse. Not being able to easily transfer files to and from its storage is disabling.

But there’s a solution for this.

For greatest ease, assuming your version of Android supports it, assign your phone a static IP address on your wifi network; on Android Pie you’ll find this under the “Advanced” settings for your wifi connect: 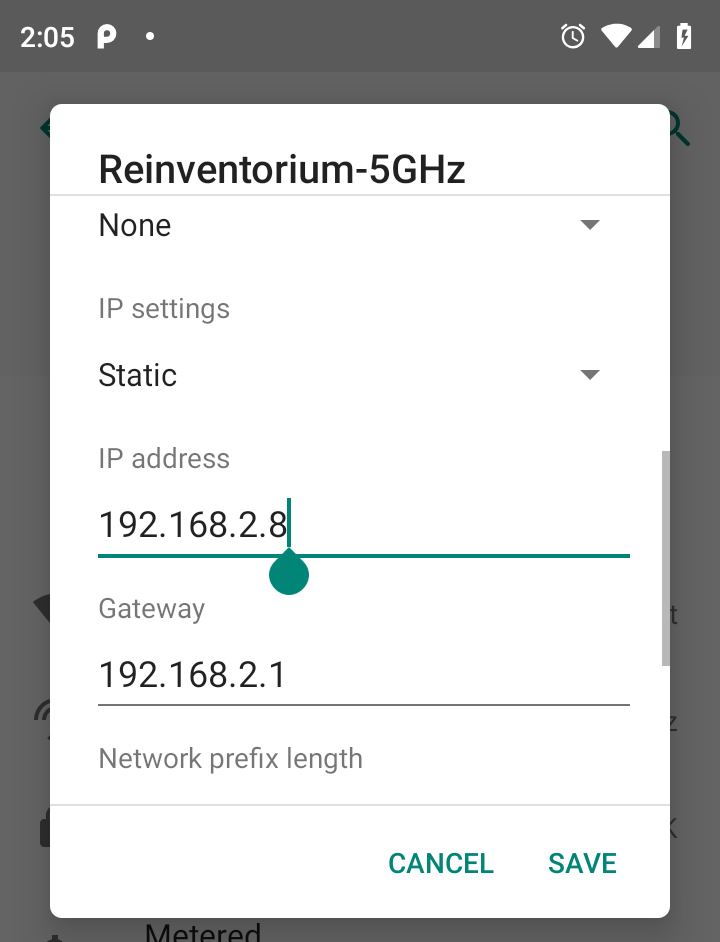 Install Termux, either from Google Play or from F-Droid.

Once it’s installed, start the app, and start an SSH server with:

For greatest ease, add an entry in /etc/hosts for your phone like this:

You can do this with:

Next, assuming you already have Homebrew installed (look here if you need to install it):

This will install SSHFS, which you’ll use on your Mac to mount the Android storage.

Once it’s installed, create a directory where you’d like to mount the phone storage, and do the mount:

In that sshfs command:

You might get a warning dialog “System Extension Blocked” when you attempt the mount; you can allow this to proceed under System Preferences > Security & Privacy.

Use your new superpowers…

Assuming all went according to plan, you now have the Android’s storage mounted on your Mac.

It will show up in the Finder: 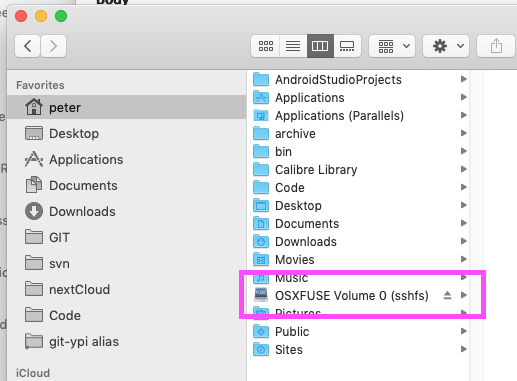 And it will be accessible from the command line:

To umount the phone:

You may find that the mount kills itself if the Termux app on your phone is terminated by Android.

Hey I am getting permission denied. Please help