Inspired by my friends Elmine and Ton’s documentation of their birthday unconference format, here’s my guide for livestreaming your birthday party.

We livestreamed Oliver’s birthday party last night to a global audience of friends and family, stretching from Portland, Oregon in the west to Vaasa, Finland in the east. At its peak the stream was watched by 9 viewers, and there have been 32 replays of the archived video in the hours since. Here’s how YouTube broke the streaming down by total viewers and then by stream quality (the lower the number the poorer quality the video):

Beside the video there was the opportunity for viewers to chat, and this resulted in a lovely four-country chat between old friends; as Ton wrote in a blog post about attending the party from afar:

Watching is not quite the same as attending, but the live music and hanging out with other friends of Oliver online in the chat makes it a surprisingly social event.

Livestreaming used to be the preserve of bearded experts with expensive gear and connections; it’s now something anyone can do.

On the hardware side, I used my 7 year old MacBook Air laptop connected to a Logitech C920 webcam by USB and mounted on a tripod: 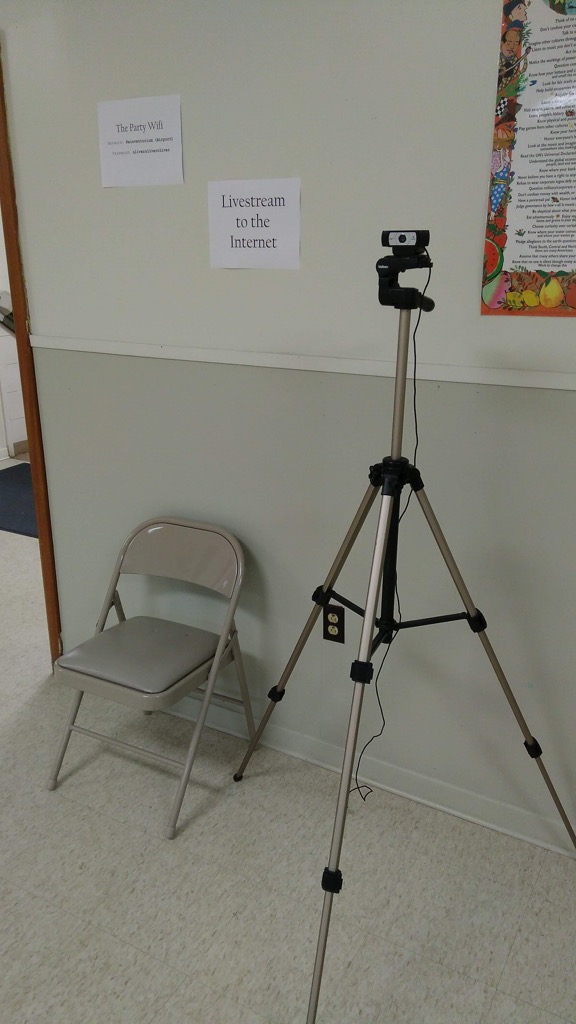 On the software side the key was Google Hangouts Live on Air, which allowed me to dispense with the complexity of a standalone video encoder and simply beam my webcam into a YouTube live event.

Starting this up was simple as going to YouTube’s My Live Events page, clicking “Schedule an Event,” selecting “Quick” under “Type,” filling in the rest of the details (including whether I wanted the livestream to be public, unlisted, or private; I selected unlisted, as I didn’t want the event to be generally available on YouTube, but rather only available to those with the URL), and then, at the appointed time, clicking “Start Hangout on Air” from back on the My Live Events page (YouTube’s complex navigation appears not to have an obvious link to that page, so bookmark it). Scheduling the event in advance gave me a YouTube URL that I could email out to friends and family in advance.

The benefit of using Google Hangouts Live on Air for the video (over the simpler “Camera” option, which you’ll also see as a “Type” when setting up the event), is that you can include others in the livestream, by video or audio call or even by telephoning out; I didn’t end up doing that, but it was nice to have the option.

When the event is over, YouTube retains an archive of the livestream at the same URL (there was no obvious “stop” button in either Google Hangouts or YouTube; YouTube appeared to have figured out that we were done about 30 minutes after I stopped the Hangout).

From a technical perspective my only complaint was that the auto-focus on the Logitech camera had a hard time keeping up the action near and far, and so there’s a fuzziness to the video that belies that the camera is perfectly capable of focus in calmer situations.

Beyond the wonder of international virtual participation in the party, we’re also left with a record of the evening, as the first guests arrived: 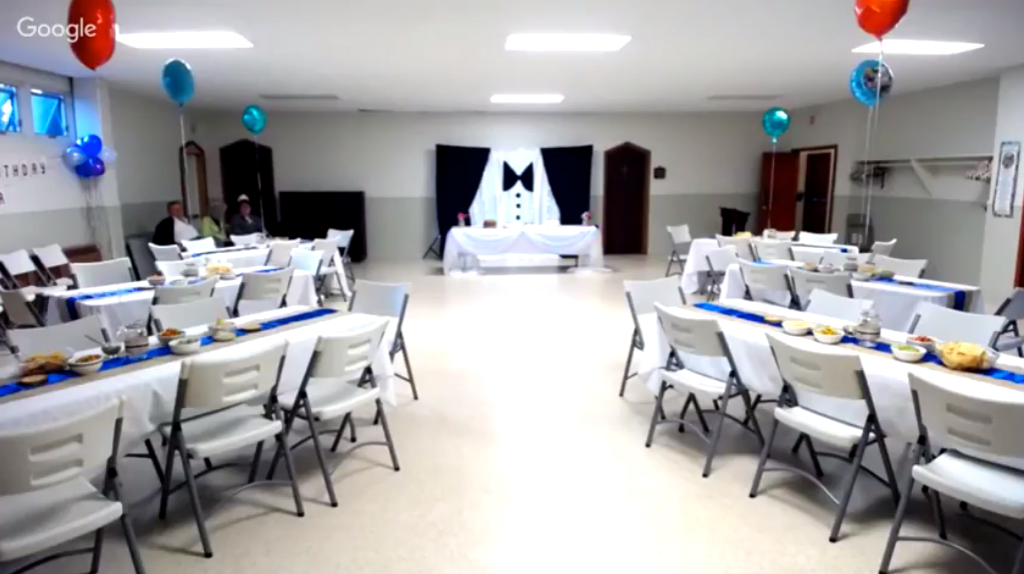 To the full-throated party: 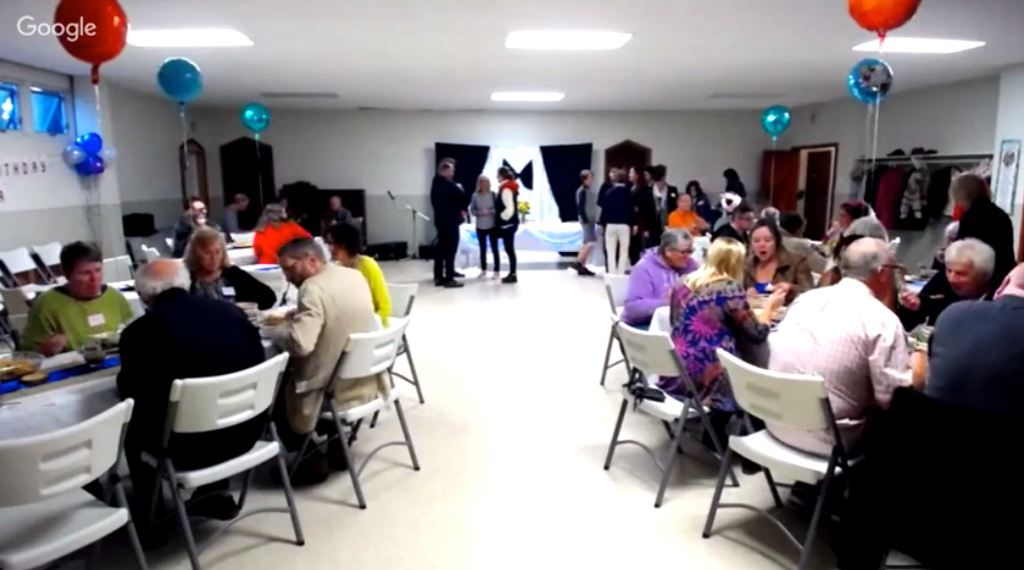 To our indefatigable next door neighbour sweeping up after things had wound down: 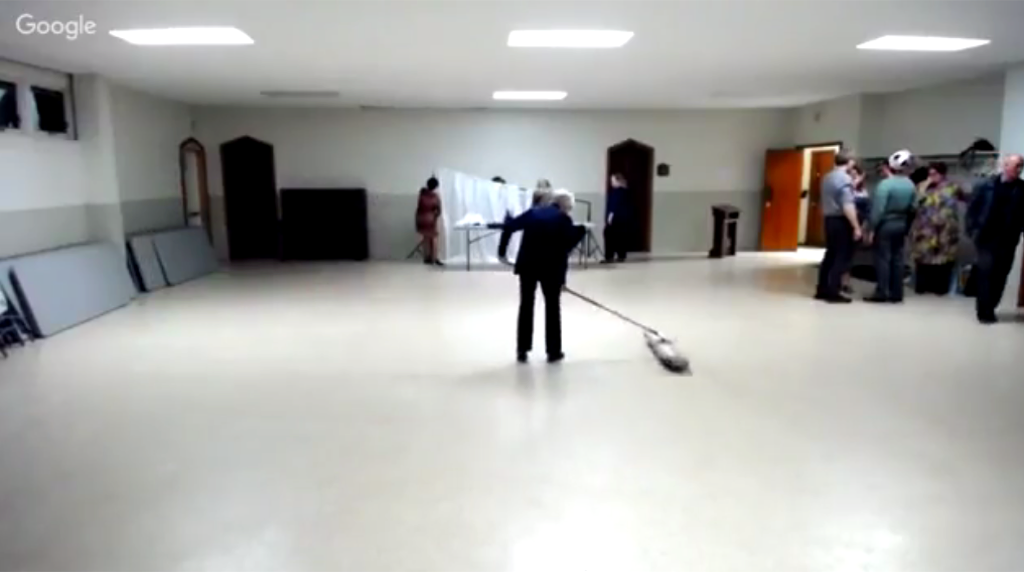 While livestreaming an event still requires some hardware, some Internet, and a (slight) learning curve, it’s something that’s well within the preserve of far more people than realize it; there’s no reason why any birthday party, all candidates meeting or protest rally can’t be streamed these days. If you have questions, feel free to ask.

Oh this is inspiring.