A couple of days ago I received an email from AVIS car rental that pointed me to a website where they informed me that they had billed me $23.00 for passing through a Massachusetts Turnpike toll plaza on July 16, 2014: 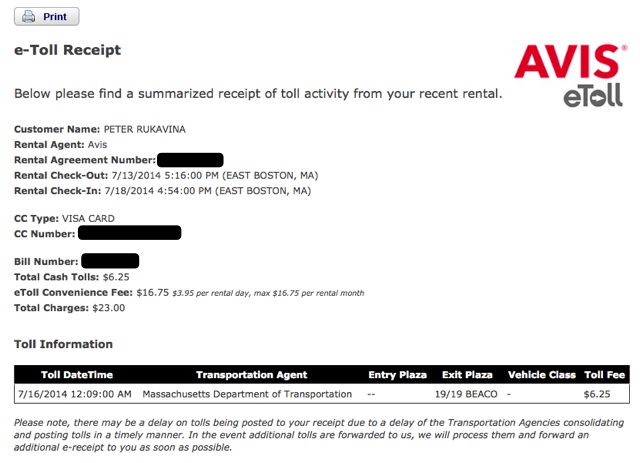 I was, in fact, in New England that week, on business with Yankee Publishing, and I did rent a car from AVIS, so that much is true.

But I wasn’t in Massachusetts on July 16, and I know this because, since May, I’ve been archiving my “personal geolocation” to my own server, and looking at where I was at on July 16 you can see that my travels were limited to a triangle of Peterborough, NH (where my hotel was), Dublin, NH (where Yankee is) and Hancock, NH (where I had supper with my colleagues on the Yankee web team): 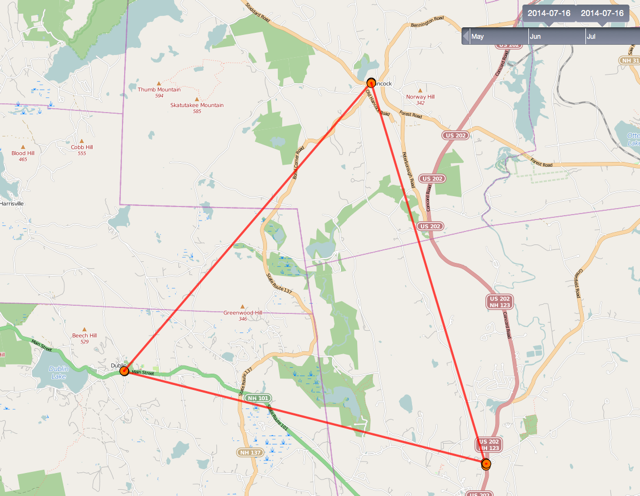 If my own geoarchiving wasn’t enough. Google is keeping track of me too (and with even more resolution), and Google Location History clearing shows me in Peterborough, NH at midnight, which would make it impossible for me to be in Massachusetts 9 minutes later: 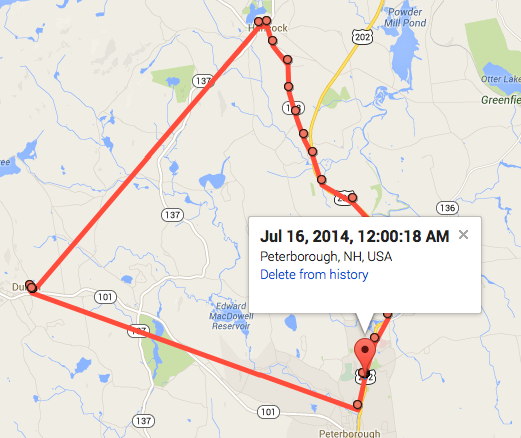 None of this would likely hold up in a law court, but it was enough for me to be able to report to AVIS with confidence that the charge was spurious. So I called AVIS, and explained the situation. They told me that their records indicate that the charge was based on a photograph of a license plate, and that it was likely a mis-read, especially because the toll receipt shows me exiting the turnpike, but not entering it.

Not since the great Plazes geolocation event of summer 2005, which introduced me to Ton and Martin has having a device in my pocket keeping track of where I am been so much fun.

So if it was likely a mis-read and they don't have confidence in the ticket, how do they have the gall to try and charge you for it?