I got a chance, in clear skies, to see the International Space Station whiz over Charlottetown last night — it was only in the sky for 6 minutes, starting at 10:04 p.m. — and, despite the fact that I’ve almost zero interest in outer space nor its exploration, the thrill was palpable.

Here’s how Oliver and I figured out where and when to look in the sky last night (there are opportunities for sightings over Charlottetown again tonight, August 8, at 9:11 p.m. and 10:47 p.m.).

First, to get a general idea of when and where to look, consult the NASA ISS Sightings page for Charlottetown and scan down to today where you’ll find the time and duration of the sighting opportunity along with where to look in the sky:

So there’s a sighting possibility tonight at 9:11 p.m. that will last for 5 minutes and that Space Station will travel from the south-southwest (SSW) to the east (E) in the sky.

We found it helpful to be able to “pre-visualize” that path using the excellent and free Stellarium application, which is available for almost any computer you can imagine (Mac, Windows, Linux).

To see the path of the Space Station in Stellarium you need to do a couple of things once the application has started.

First, change your location by clicking on the “Location Window” tool in the bottom left. Enter “Charlottetown” in the search box and check the “Use as default” box in the lower left corner: 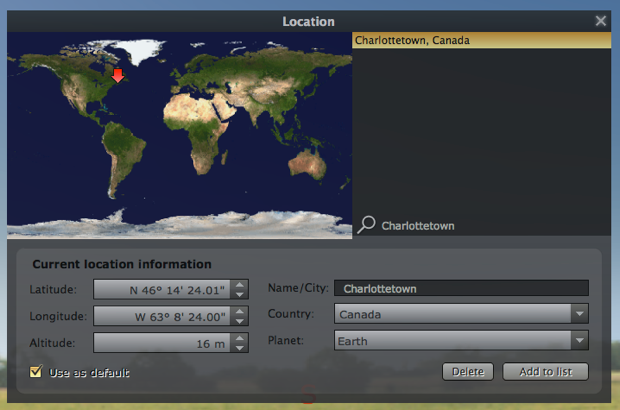 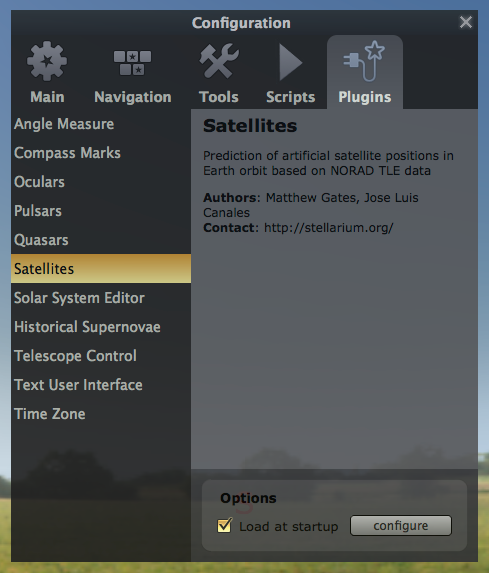 Next, make sure the Satellites view is turned on by clicking on the icon on the bottom left of the screen: 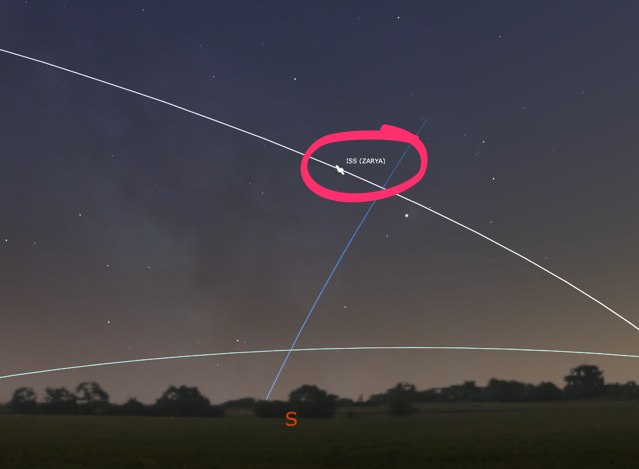 Now you’re prepared: at 9:11 p.m. tonight you’ll know where in the sky to look. If you don’t have a compass just remember that, in Charlottetown, south is pretty well straight out the mouth of Charlottetown Harbour, west is toward Summerside and east is toward Montague. So “south-southwest” is  in the sky over Rocky Point.

I was worried about how I would be able to distinguish the Space Station from other objects in space, but that wasn’t a problem: it was moving so fast, and was so bright, relatively speaking, that it was easy to spot. This photo, taken in haste, doesn’t do justice to it, but it gives you an idea: 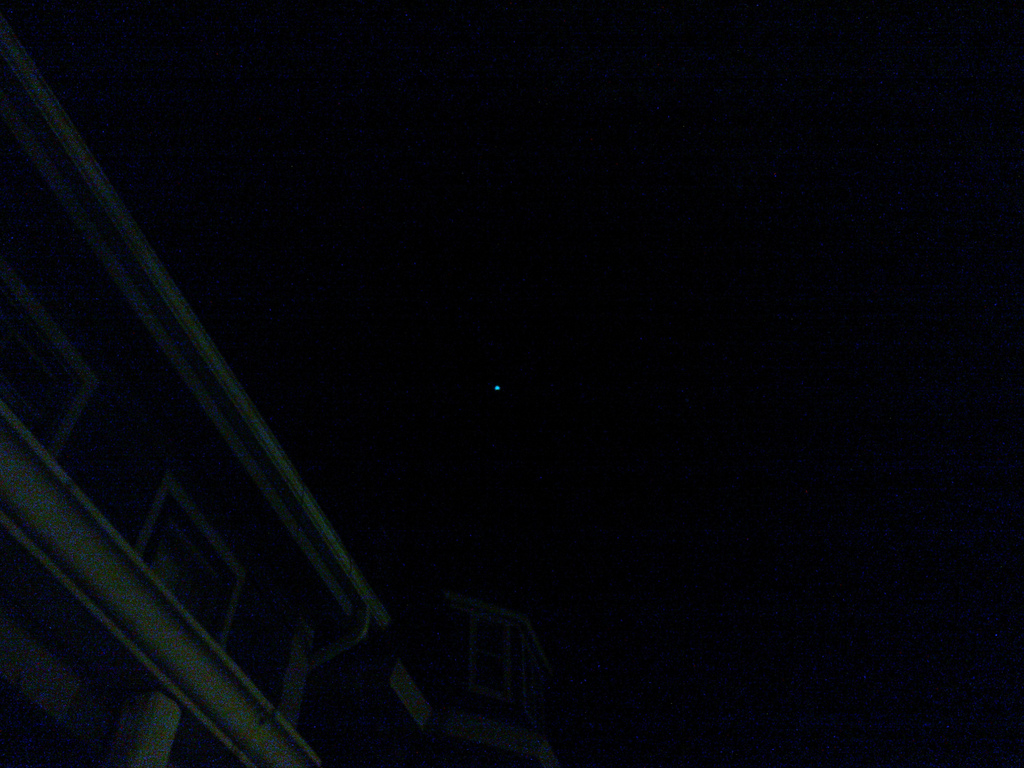 Or you could just use a program like Star Walk for an iphone/ipod touch. Ask it where the ISS is and point it at the sky and follow the arrow.