Prosperity, in the limited “is there a place to get good coffee, a good meal, and some interesting people to meet” sense that I use it, is like a roving spotlight that passes over Prince Edward Island, shining on different communities from year to year. To the extent that “the hot new place” is a thing here, every year brings a new “have you been out to…” question that’s asked when you meet people you haven’t seen since the summer started.

When we first landed here 22 years ago, The Dunes was all the rage.

A few years ago it was Tyne Valley that was hot: Seasons in Thyme, and then The Landing were places to go.

Then it was Ritchie Simpson’s fish place out at the shore in Grand Tracadie.

And then the Ship to Shore in Darnley.

This year it seems to be southeastern Kings County where all the action is: between the Murrays, River and Harbour, there are some interesting things happening.

Last weekend Oliver and I set out to explore the hotness of the Murrays, and here’s where our route took us: 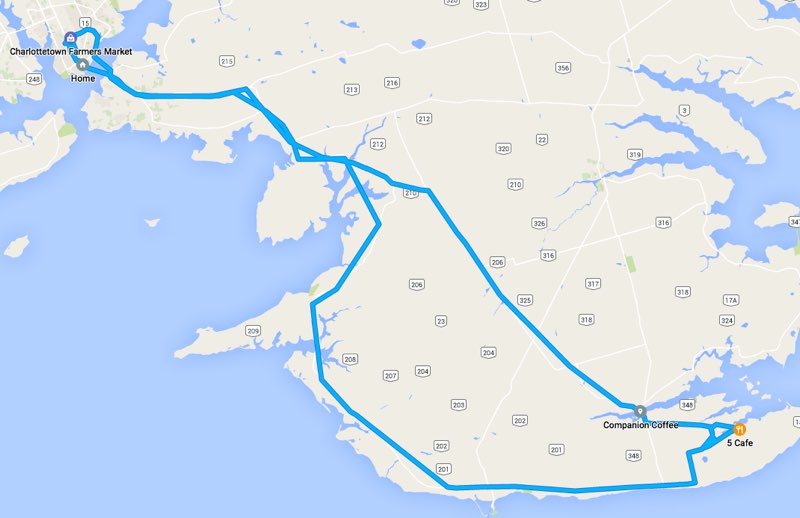 After our usual stop at the Charlottetown Farmer’s Market, we headed over the bridge and along Rte. 2 to Orwell, and then diverted off the main highway to make a straight shot for Murray River.

Our first stop was Daidala Antiques & Artisan Market, Savannah Belsher’s new shop in the space formerly occupied by Tales of the Riverbank Books. Savannah has kept the books, and added vinyl records, clothing, paper goods, and all manner of interesting sundries. We emerged with Jane Jacobs’s The Nature of Economies and a copy of Generation Green. And, of course, all the better for being exposed to Savannah’s enthusiastic embrace of her new venture. 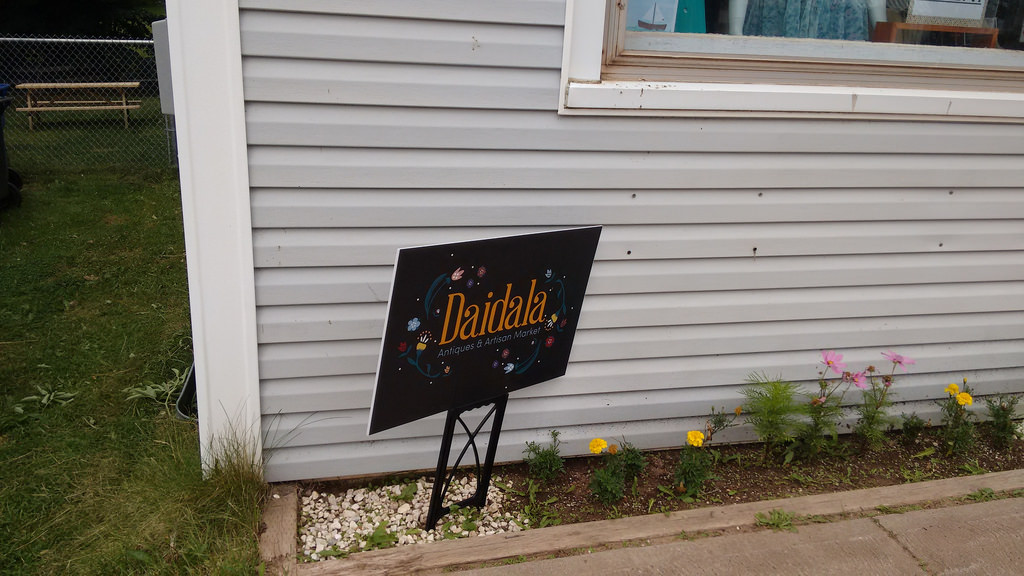 But there I was, sitting on a picnic table in the expansive well-fenced-in dog yard in the back, macchiato in hand, smoothie in Oliver’s, with Ethan romping about. Companion not only sells coffee and smoothies, but also ice cream and sandwiches. Steven is a kind, friendly host, and I hope against hope that he’ll make a go of it there, as pushing the espresso envelope out from town is a Herculean task. 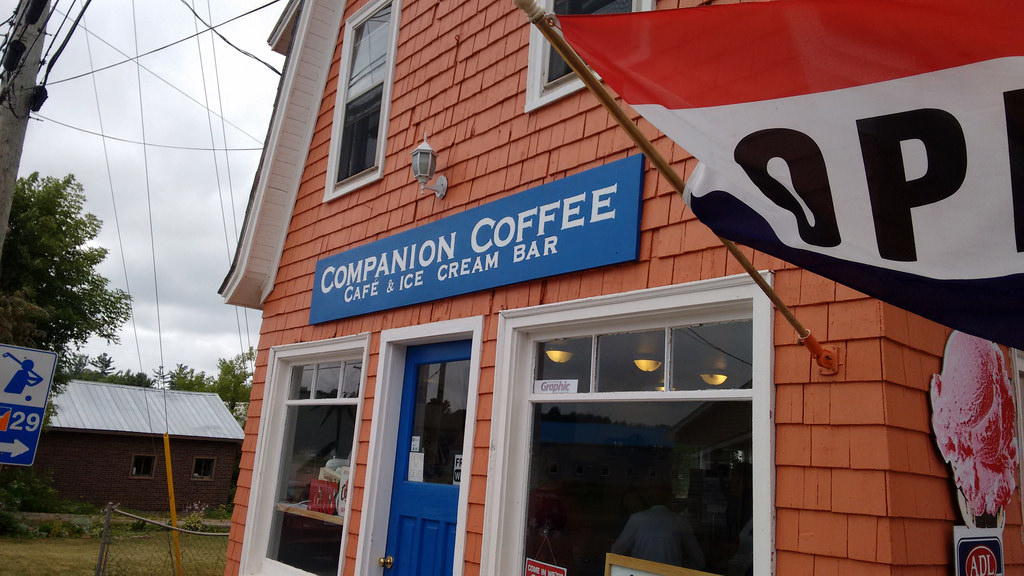 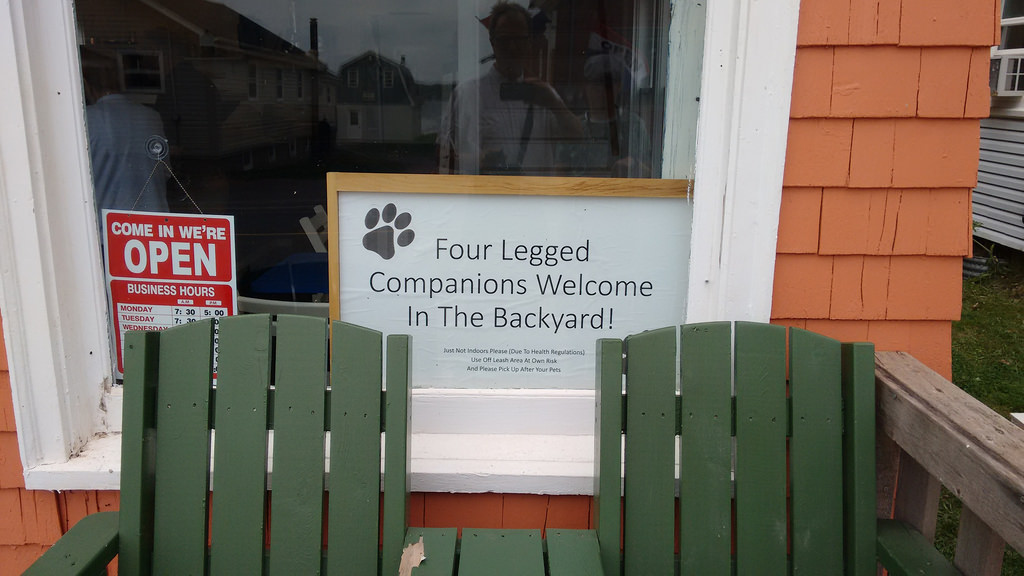 With the hotness of one Murray attended to, we set off up the road to other, to Murray Harbour, where all the talk this summer is about #5, the new restaurant in the old church up on the hill.

Wade Little has transformed the Murray Harbour Presbyterian Church, at #5 Church Street into #5 Café, and when we arrived, midafternoon, it was packed to the gills.

The space it beautiful: bright, solid, whimsical and not at all church-solemn: 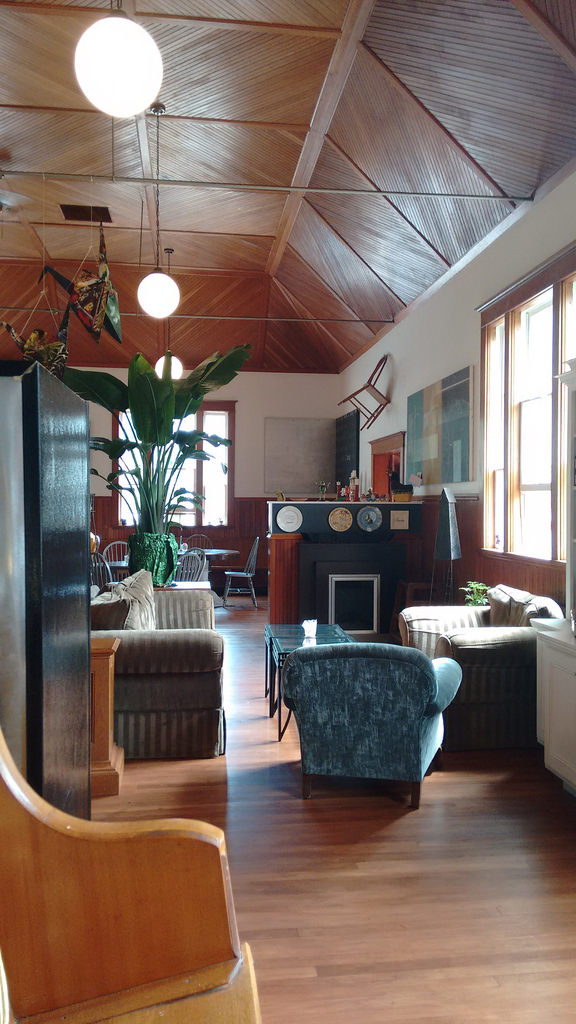 The packed-to-the-gills afternoon was obviously pushing the staff to their limits, and so once we seated ourselves at the sole remaining table it was longer than I would like before the table got cleared and we had menus in our hands. Once menus were in-hand, though, things proceeded at a good clip, and 10 minutes later we had our food: I had the mushrooms on toast, a deceptively simple entrée (toast, with mushrooms on top) that was just lovely; Oliver had a turkey and cheese panini that he wolfed down, so I suspect it too was good. We shared a bowl of spicy french fries; I couldn’t resist the table tent marketing them and they turned out to be almost perfect: hot, crisp, and intriguingly spiced.

Well fed and well-peed (the #5 toilets are a delight in their own right, and are complete with hymnals should you be overtaken mid-ablution), we headed up the road into downtown Murray Harbour and then a hard-left along Westview Drive along the South River to take a look at a plot of land that a friend might be looking to sell. And then it was over the back roads to High Bank and Little Sands and Wood Islands, and home.

So when you’re looking for the new Island hotness this weekend, head south by southeast for a coffee, a Tolstoy and a good meal. You’ll be happy you did.

Thanks to my friend Ann for the pointer to the #5.

Too cool... a bunch of us are doing that very itinerary next Thursday. You would know most: Shauna, Patsy, Beth, Yvette and I are going that way but we are adding a couple more stops.

Your restaurant reviews should be shared on other sites so they may be read by the masses: they are really just too well-written to be kept amongst we Rukavina-ists.