Our eagle-eyed man in the field G. spotted our bright red 2000 Volkswagen Jetta immortalized in the pages of Heritage Houses of Prince Edward Island, a new book by Robert Tuck and James MacNutt: 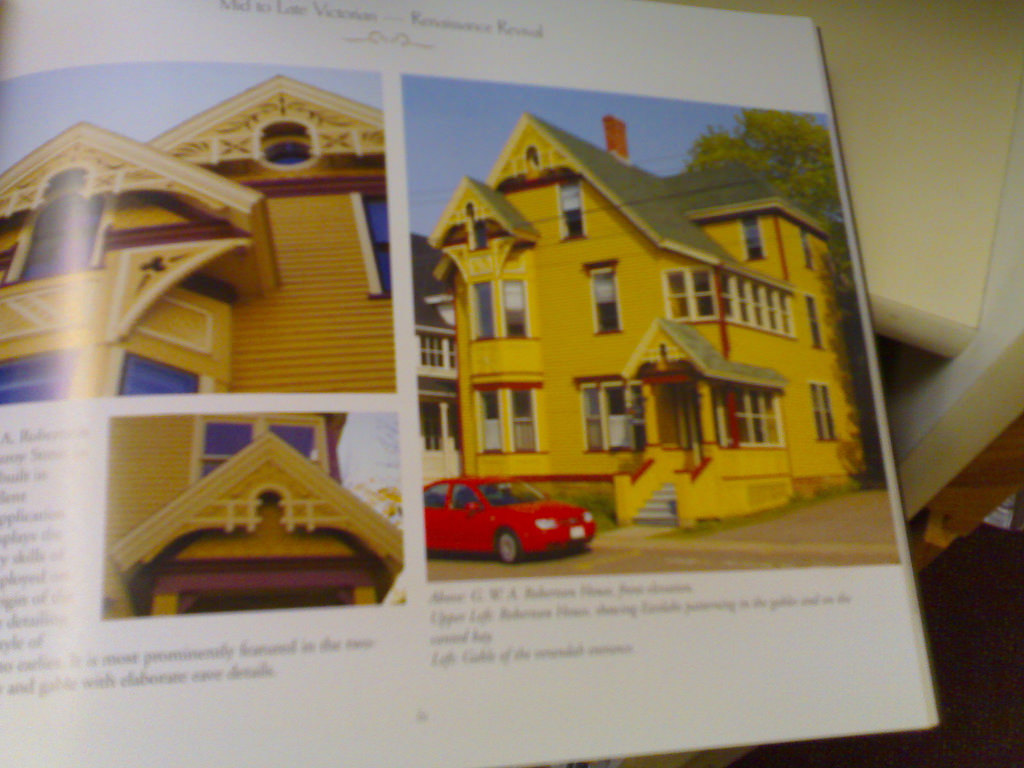 Oddly, the book offers no commentary on the juxtaposition of the fine German engineering and the mid- to late-Victorian architectural style of the house here at 84 Fitzroy Street.

Interestingly, co-author Robert Tuck was part of another odd happenstance earlier in our time here on PEI. Way back in the early 1990s I was listening to Nils Ling hosting Mainstreet on CBC Radio one afternoon; he announced that after the news he would be interviewing “Ken and Robert Tuck” about their illustrations of Charlottetown buildings.

I was called away and didn’t hear the piece. It was several years before I realized that it wasn’t “Ken and Robert” but rather Canon Robert — as in The Rev’d Canon Robert C. Tuck, B.A., D.D of St. Peter’s Cathedral in Charlottetown.