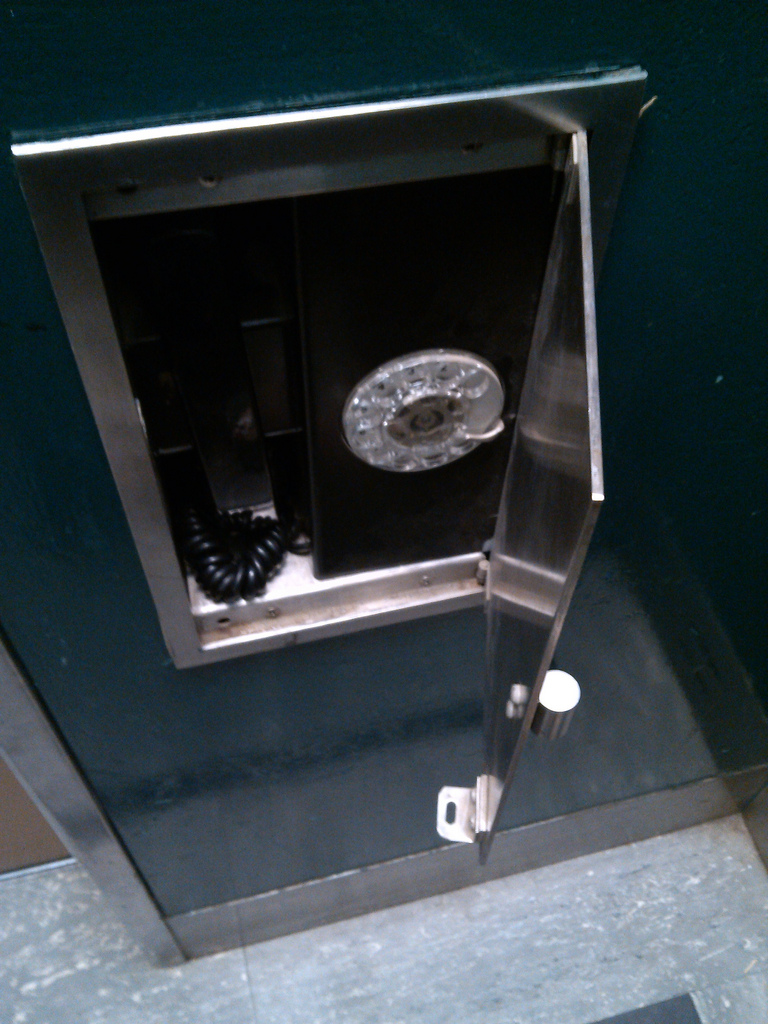 I was walking through the office of The Guild this afternoon on my way to the basement print shop when I overheard the personable Michelle, Event Liason, mention that the elevator phone had rung earlier in the day.

“You mean the phone in the elevator rang has a number?”, I asked.

“I guess so,” replied Michelle, “the calls were all wrong numbers.”

I resolved to confirm that this is, indeed, what happened.

So when the elevator got to the basement I switched it off, opened the elevator phone door and picked up the phone.

I was greeted with some jazzy Muzak and, after about 15 seconds, a friendly voice on the other end said “Hello, Elevator Phone…”

I explained my situation and the elevator-phone-answering-woman happily confirmed that on her phone was the “caller ID” for the elevator phone, a regular-seeming 368 exchange number of a pattern that seemed quite likely to be dialed as a wrong number.

I never thought to ask where the elevator phone actually rings into: I know that all the elevator phones in Charlottetown used to ring into the Message Centre at the corner of Hensley and Grafton, but since they’re no longer there, I’ve no idea.

Given my regular transit between “composing” on 2 and “printing” in the basement, I am the most frequent user of the elevator. Indeed several staff have admitted to me that they never ride it for fear that they will be trapped inside (it’s an old, old elevator: every ride sounds like it will be the last, so this is not an unreasonable approach). As such it’s likely that some day I will have cause to use the elevator phone to call for the fire department to extricate me.

So today was a good practice run.