We’re off back again home tomorrow; it’s been an enjoyable four days here in the big city.

(You can also read Oliver’s own summaries of our days here: Sunday, Monday, Tuesday, Wednesday) 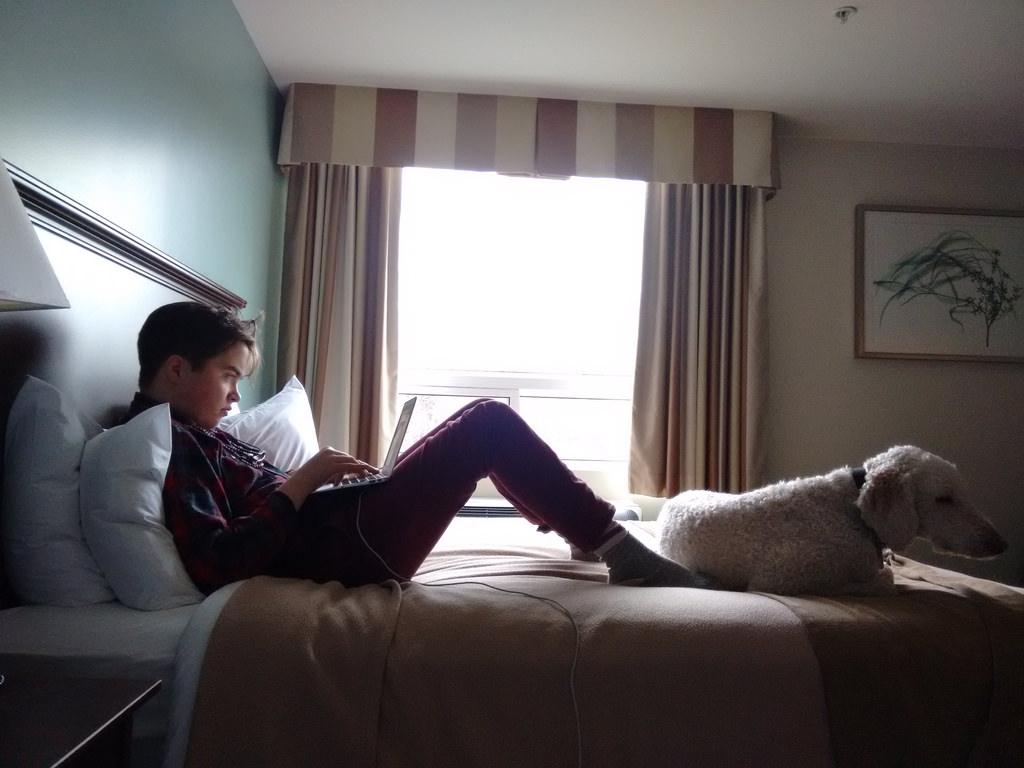 Love Chocolate Lake Best Western. If you ask for the 2 queen-bed rooms they are in the high- rise portion and look out on the lake. Gorgeous. The first time we stayed was before Christmas and all the presents under the tree were for Cocoa, the chocolate lab.

The Hotel was Not Good for Me because of the fact that the Booking Website did not have a Category for Teens.