I was chatting with Jonas this weekend about cycling in Sweden (he lives in Malmö and is an avid urban and road cyclist) and I asked him if it was more common for Swedes to wear helmets these days than the scant few I’d witnessed on earlier visits there.

He reported that, rather than wearing classical helmets, he’s seeing many cyclists wearing air bags made by the Swedish company Hövding.

At first I thought he was being sarcastic, as I couldn’t imagine how air bags would work on a bicycle: would the pop out of the handle bars?

It turns out that Hövding has invented a an “airbag helmet” that you wear as a collar around your neck: if it detects that you’re about to crash, it deploys the airbag around your head and neck without a tenth of a second.

The company has produced a compelling video that, if accurate, makes wearing a traditional helmet seem foolhardy by comparison.

I’ll be watching for these to come to Canada. 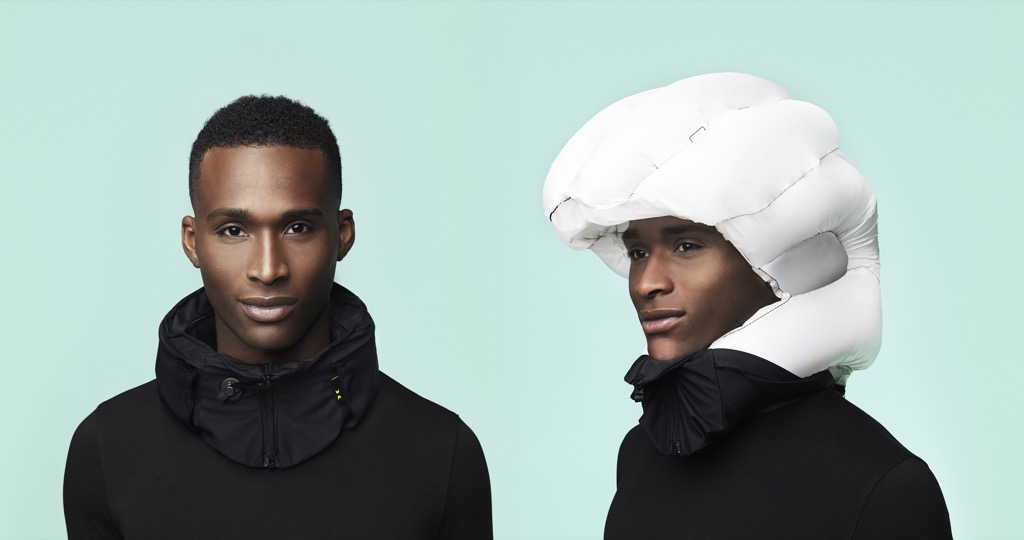