Here’s an undated postcard from Charlottetown (from from here via here, originally from Doug Murray, Postal Historian), showing “Sunnyside,” along Grafton Street between Queen and University: 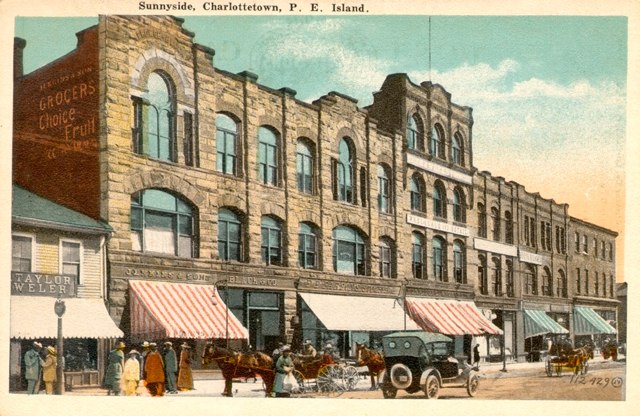 And here’s a front-page illustration from the September 28, 1904 issue of The Guardian, showing the paper’s home on the occasion of the installation of a new press (a Cox Duplex Angle-Bar Press). 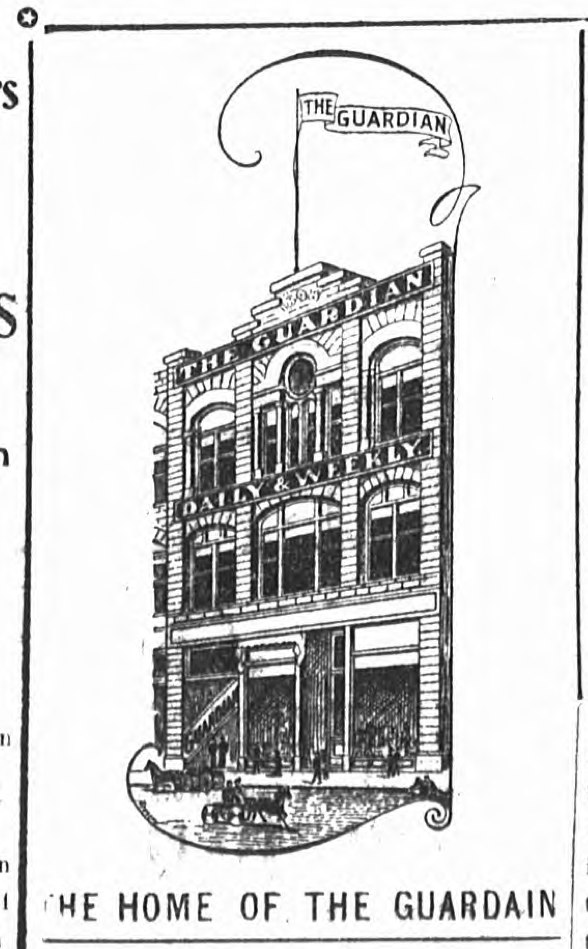 It is ironic that, in a front page story celebrating a new generation of printing technology, the newspaper spelled its own name wrong.

The Guardian is the middle building in the postcard above, later the home of Holman’s, which was later torn down to make the Grand Homburg Hotel. While generally destroying the block and “preserving” the Holman building in only the weakest sense, the Grand Homburg did maintain the general structure of the windows you see in Guardian illustration: 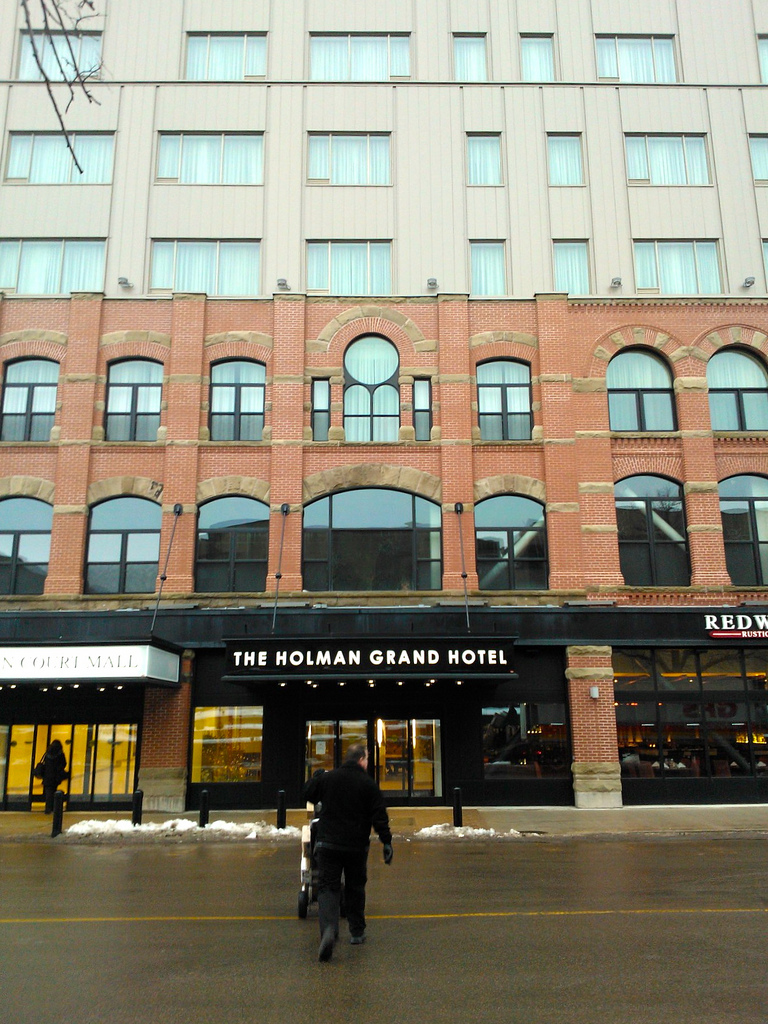 It looks so much better back then….