Well, after the early-morning catatonia of Zurich, things only got better.

I fell asleep as soon as I sat down on the SAS flight to Copenhagen, and didn’t wake up until we landed just over an hour later around noon. So I wasn’t completely zonked upon arrival. Not completely.

To my delight Olle surprised me with an airport pick-up, spirited me off to my hotel, and then took me back to his place for a long and very pleasant afternoon that involved tag-team folk music Googling (“I see your Clancy Brothers traditional Irish lament and raise you a rousing Stan Rogers sea shanty”) and the sampling of an unusually broad collection of European grain, potato and wormwood-based alcohols.

By the time I rolled out towards the Preboot event around supper time the Absinthe and the jet lag had somehow cancelled each other out, and I was in fine form. I made my way across town by bus — Olle gave me the logistical push and Copenhagen transit refresher course I needed — and then located a City Bike to get me the final step of the way. And thus I came across a gaggle of nerdy types huddled together under a large tree in a city park. It was, as others have said, like coming home. 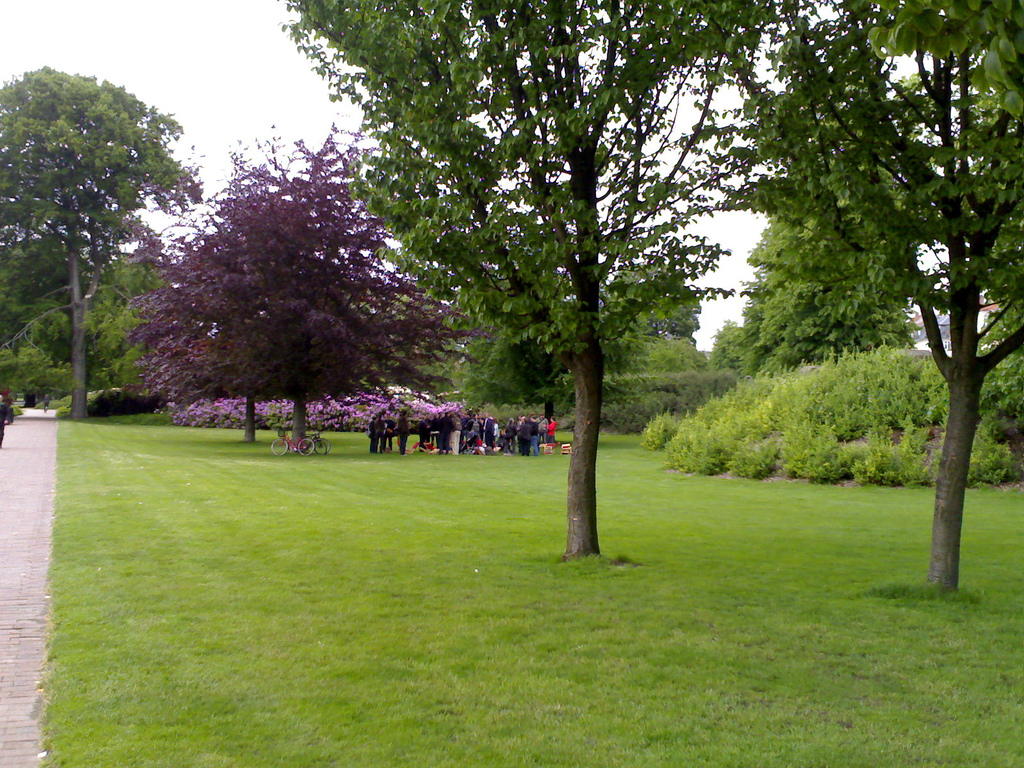 After an hour or so of catching up with various and sundry the Absinthe and the jet lag, now supplemented by beer, entered a new conspiratorial phase of their relationship, and I decided it was time to head home. With my City Bike gone off somewhere in other hands, I wandered around until I located the train station, took the short hop down to Central Station, and walked the few blocks towards the Cab Inn City.

I was almost there when I realized that, despite my new late-evening-style catatonia, it was still only 2:00 p.m. on my body clock, and that I hadn’t really had a meal in some time. Fortunately at this exact moment I walked by wagamama, a new age juice bar slash noodle boutique. Where I then enjoyed an amazing meal of vegetable dumplings, “chicken chilli men” and a glass of fresh apple-mint-lime juice. 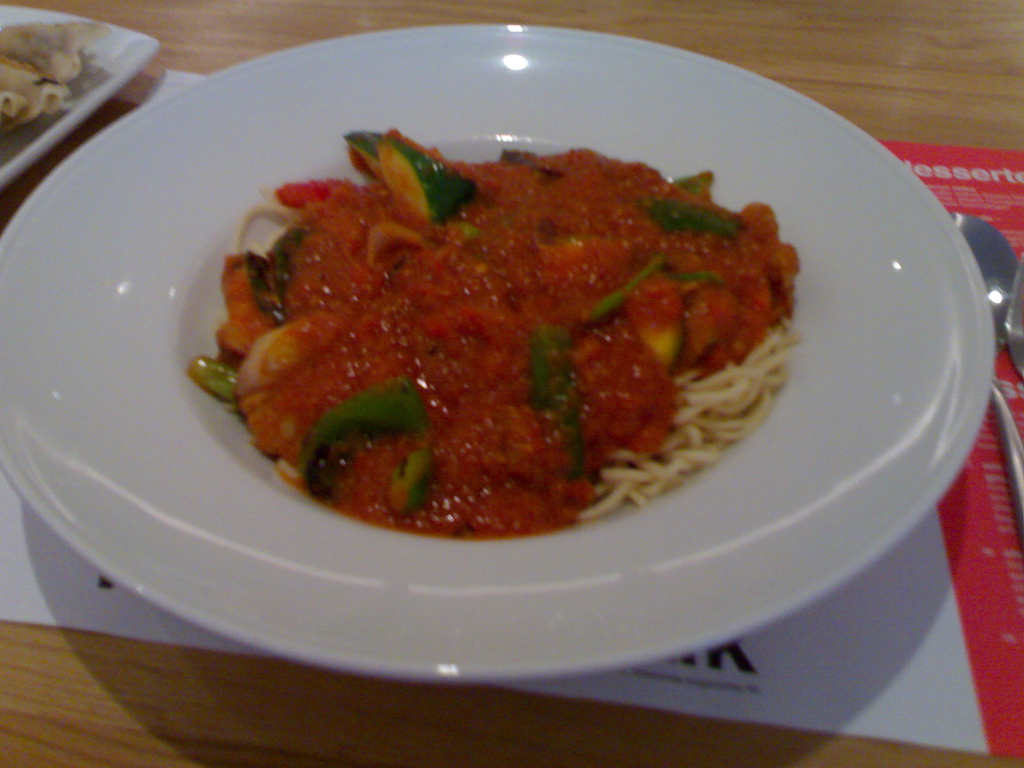 Thus sated, I returned to my hotel, caught up on my email, had a Plazes- and Jaiku-fired meet-up with Igor from Cologne (he was sitting at the next table over, but it took technology to bring us together — “I’m the guy with the Dell laptop sitting across the room”). By 11:00 a.m. I was completely zonked, and I fell immediately to sleep.

I awoke this morning at 5:30 a.m. feeling like a truck had run over me — a light truck, mind you. Say an old-school Datsun pick-up. A shower and a hearty Danish breakfast have returned me to an even keel, and I’m about to head off in search of transport to reboot, which starts in 2 hours.